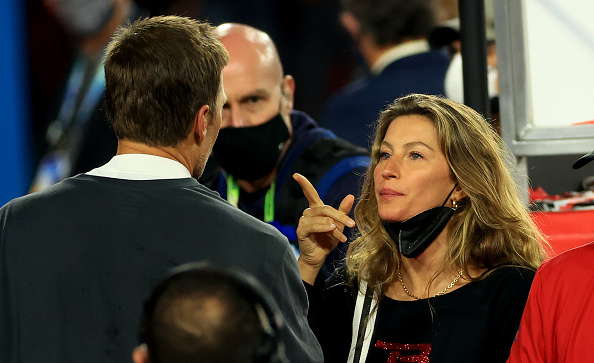 Tom Brady Threw It All Away for Nothing

Tom Brady just couldn’t leave well enough alone. He’s 45, he has virtually every NFL quarterback record known to man, he has more Super Bowl rings (7) than God, and he even got one of those without the help of Satan (Bill Belichick). Tom Brady retired at the end of last season and had nothing left to prove and already has a broadcast deal lined up with Fox for 10 years and $375 million.

So what does Brady do? Does he walk into the sunset, spend more time with the wife and kids, and eat a goddamn tomato? Nope. Tom Brady decided to throw it all away for one more shot at glory. He unretired and came back to the Bucs. It created so much friction with his wife Gisele Bündchen that he left training camp for 10 days so that he could deal with the blowback (i.e., Gisele Bündchen was pissed off, left him with the kids, and told him to deal).

Brady and Bündchen have reportedly been living apart for months, and now according to Page Six, divorce lawyers have been retained.

“I never actually thought this argument would be the end of them, but it looks like it is,” one source in the know tells Page Six.

“I don’t think there will be any coming back now. They both have lawyers and are looking at what a split will entail, who gets what and what the finances will be.”

But at least it was worth it! Right, Tom? Oh wait! Brady is playing like sh*t this season, the Bucs are 2-2 and just got shellacked by Patrick Mahomes and the Chiefs. So, basically, he threw it all away for a middling season and likely first-round exit from the playoffs. Smart move, Brady!