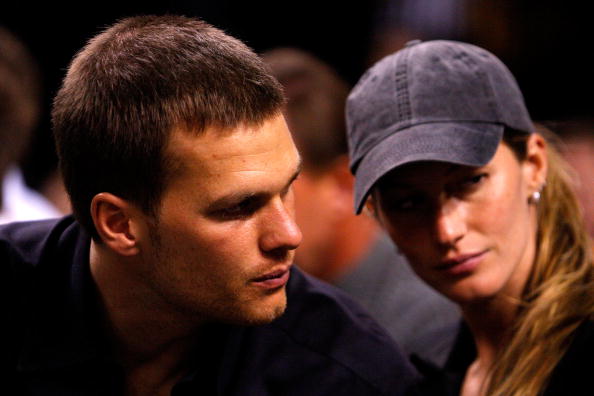 We’re heading into the Labor Day weekend, the last weekend before the NFL season kicks off, and let’s just give up the pretense here, OK? You love gossip. I love gossip. Here’s some gossip, according to Page Six. Remember when Tampa Bay Buccaneers’ quarterback Tom Brady left camp for 11 days last month? Some speculated that he was taping The Masked Singer, which is dumb, because have you seen the level of celebrity on The Masked Singer? Tom Brady is not going to share a stage with Mickey Rourke.

At the time, there were also rumors — rumors I was more inclined to believe — that Brady was having difficulties in his marriage and needed to take some time off to deal with them. That made sense for a 45-year-old who retired from the NFL to spend more time with his family and un-retired six weeks later, leaving his wife, Gisele Bündchen, to continue to care for the kids full time while he was away.

According to Page Six, that’s exactly the situation.

[Bündchen] has left their family compound in Tampa, Fla., for Costa Rica following a series of heated arguments over Brady’s shock decision to un-retire from the NFL, while he has remained behind for team training.

“Tom and Gisele are in a fight right now,” a source tells Page Six, adding that this has happened before with the couple, but they have always reunited in the past.

A second source says, “There’s been trouble in the marriage over his decision to un-retire. Gisele has always been the one with the kids. “They had agreed he would retire to focus on the family, then he changed his mind.”

This all tracks not only with common sense but with Brady’s own public statements. Asked where he was last week, Brady said, “It’s all personal … everyone’s got different situations they’re dealing with. We all have really unique challenges to our life. I’m 45 years old, man. There’s a lot of sh*t going on.” Add that to the fact that he also said, after he un-retired, that every decision “comes at a cost.”

Plus, a few months ago, Bündchen told British Vogue, “I don’t think relationships just happen; it’s never the fairy tale people want to believe it is. It takes work to be really in sync with someone, especially after you have kids,” she said, adding, “His focus is on his career, mine is mostly on the kids.”

I’m sure there’s some resentment there, too, as Brady himself suggested in a 2020 interview with Howard Stern. “A couple of years ago, [Bündchen] didn’t feel like I was doing my part for the family,” he said.

It’s time to retire, Tommy! You’ve not only got millions and millions of dollars, you’ve already signed a 10-year-contract to be an NFL announcer after your retirement. You already hold all the records. Eat a tomato with your kids, man. Meanwhile, I’m looking forward to listening to the charisma vacuum get crushed in the announcer booth by Peyton and Romo for the next decade.