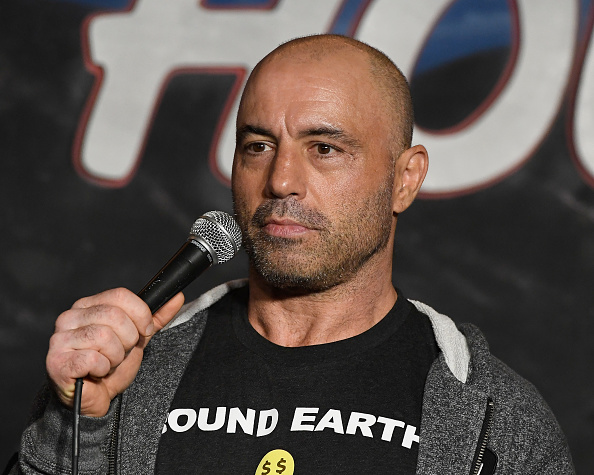 This is a post about the one time that Joe Rogan said something on his podcast that didn’t enrage us! Specifically, Rogan called out Jordan Peterson — the most dunkable man in Internet history — because Peterson got banned for deadnaming Elliot Page.

It’s ironic because Peterson and Rogan were all buddy-buddy when discussing the issue of race. However, Peterson was recently suspended from Twitter for defiantly deadnaming Page. He was so defiant about it, in fact, that he refused to delete the offending tweet. “The suspension will not be lifted until I delete the ‘hateful’ tweet in question, and I would rather die than do that,” the author of a diet book about eating only beef, salt, water said. (The irony, of course, is that Peterson apparently “quit” Twitter months before after the Internet piled on him for insulting a Sports Illustrated swimsuit model).

The topic of conversation arose during an interview with Zachary Levi, who believes that Peterson is one of the “deepest thinkers that I’ve ever heard break down, like, human behavior … I think if he would be a person that I would trust — I think that guy has a lot of integrity” (we’ll add that one to the Zachary Levi file).

Rogan — who also recently called Donald Trump a “man-baby on drugs” — was quick to throw his repeat guest under the bus. “He’s kicked off Twitter right now,” Rogan said. “Cause he said something about [Elliot Page]. I think that was the number one thing. The deadnaming.”

“It’s sad, man, because again, it’s just like, there’s a lot of fear and pain on all that. All the sides of all that too,” Levi responded (hm. All sides? Really, Zach?).

“My friend Brian Simpson had a very good thing to say about that,” Rogan added. “He was like, ‘I come to you for like heavy-duty intellectual shit.’ He goes, ‘Not for this.’ Like, this is not a thing to be getting offended about.”

In other words, Rogan is saying: Leave Elliot alone. But also, I beg of you all: Please don’t go to Jordan Peterson for “heavy-duty intellectual shit,” either.