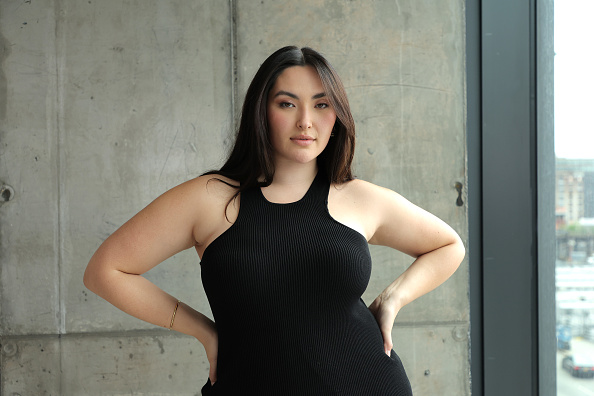 American model and singer-songwriter Yumi Nu appears this month on the cover of Sports Illustrated, becoming the first Asian plus-size model to do so. I’d like to chalk this up to nobler intentions, but the truth is, Nu is hot and Sports Illustrated knew featuring her on the cover would sell a lot of copies. Simple capitalism!

Jordan Peterson, who loves capitalism, nevertheless had issues with this cover because … he is blind? I am not sure why he thought it was a good idea to tweet this, but no one ever accused Jordan Peterson of being smart, except for all of his meathead, Joe Rogan-loving libertarian followers (and Charlie Hunnam. And Matthew McConaughey) who thinks he’s a great intellectual.

Sorry. Not beautiful. And no amount of authoritarian tolerance is going to change that. https://t.co/rOASeeQvee

Look: I don’t have to tell you what the response to this tweet was — whatever Jordan Peterson insult is floating around in your head was probably tweeted by someone in the last 24 hours — and I also don’t have to tell you that the backlash came not just from people on the left side of the political spectrum. It turns out that even people who inexplicably follow Jordan Peterson understand attractiveness. Many of his own incel followers were like, “Uh, dude. Look again, and maybe lay off the protein.”

I think if the backlash had been limited to those of us who whisper Jordan Peterson insults in our sleep, Peterson might have been fine. But to have his own followers clap back? THAT’S TOO FAR.

The endless flood of vicious insult is really not something that can be experienced anywhere else. I like to follow the people I know but I think the incentive structure of the platform makes it intrinsically and dangerously insane. https://t.co/NlWTUKRHlG

Jordan Peterson’s feels were hurt because people insulted him for insulting someone else on Twitter. And so he quit. Typical.

Jordan Peterson going out of his way to publicly call a woman he doesn't know and who did nothing to him unattractive and then making a big show of leaving the platform over his own hurt feelings in response to the pushback is entirely on-brand for King of the Incels.

The shift from "Attention everyone, I have an insult to share!" to "People insulted me, I'm such a victim" took a full day, but I bet we can get it under 24 hours next time. pic.twitter.com/BFbhrf9wA9

So to catch everyone up, Jordan Peterson publicly body shamed a swimsuit model, and is now all in his feels cuz people were mean to him in response.

How is this man even a real live person how how how.

"I wish to make it clear that my sole purpose over the course of the last twenty-four hours was to fuck around. I did not, and I want to repeat that: I did NOT have any intention whatsoever of finding out."

That, hopefully, will mean we hear much less often from Jordan Peterson, although I really must — must — recommend the takedown of his Carnivore’s Diet on the Maintenance Phase podcast. It is sublime.

← Tucker Carlson Blames Buffalo Shooting on Black People and Democrats, Insists the GOP Are the Real Victims | Seth Meyers And Amber Ruffin Are Fed Up With The 'Routine' Nature Of The Buffalo Mass Shooting →