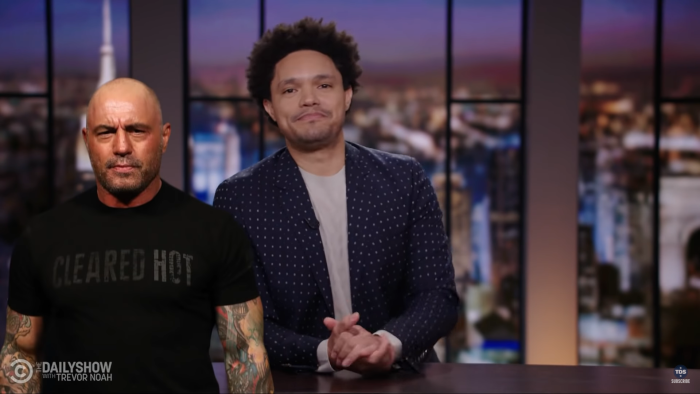 I am half white and half black. That means I have a rich cultural background. It also means I’ve spent most of my life having white people tell me who or what I am. When a white person needed to feel comfortable about singing the Ruff Ryder’s Anthem, I was their “Black friend.” When they wanted to talk about how dumb they thought Reggae music was, I was their “white friend.” On occasion, I was even referred to as the “whitest Black guy” people knew. It was confusing and annoying and something I mostly left behind when I escaped Massachusetts. I may not have to deal with it anymore, but that doesn’t mean those mentalities have gone away.

This week Joe Rogan had Jordan Peterson on his podcast. Peterson is not someone I was familiar with before, but the fact that he put on a tux to hang out in Joe Rogan’s basement tells me all I need to know. During their discussion, that I’m sure lasted somewhere around seven to eight hours, the two white men started discussing the Blackness of Author and Reverend Michael Eric Dyson. Then they started discussing the Blackness of Black people in general. It is an agonizingly tone-deaf exchange that perfectly exemplifies the echo chamber/smug circle jerk that is The Joe Rogan Experience.

While I thought I had left these kinds of conversations behind me, I knew they still existed. Seeing them on a show with such a large influence means they will continue to exist. Luckily, people like Trevor Noah also have a platform and use it to call out such nonsense. For instance, as he’s quick to point out, Black people didn’t call themselves Black people. White people did. Then, naturally, as Black people have taken ownership of it, white people deride or diminish it. You can see a very similar mentality put on by a white mother from Michigan at a school board meeting, complaining that her white son was wrongfully disciplined for using the n-word. Her defense boiled down to “they say it in rap videos.”

White people get uncomfortable when Black people take control of their blackness. Suddenly it becomes something that they can’t control or use to make themselves feel superior. However, as Noah so expertly and hilariously points out, Black people have no choice in the matter. They are going to be seen how they are going to be seen. They have every right to own that and try to make the best of frustrating and sometimes dangerous situations. No one is allowed to tell them any differently. Especially not Joe Rogan and whoever decides to spend an afternoon kissing his ass.

Joe Rogan and Jordan Peterson decided to share their thoughts on race and it did not go well. pic.twitter.com/jTnmk0EVC9