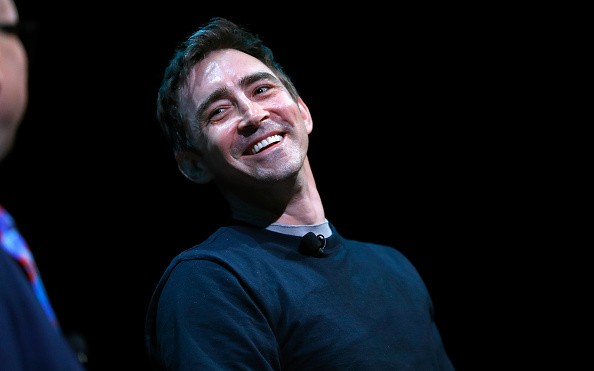 I’ve never seen the logo Ye (formerly Kanye West) posted to Twitter yesterday, which was a Nazi symbol embedded inside a Star of David. It is horrifying. It’s apparently Ye’s Presidential logo, in case it’s been forgotten that he’s running for President. As a Republican, the party owned by Marjorie Taylor Greene. Ye will run in the same primary as Donald Trump, the current frontrunner, who had Ye and white nationalist Nick Fuentes over for dinner. This is the Republican Party in 2022. Mitch McConnell must be so proud. 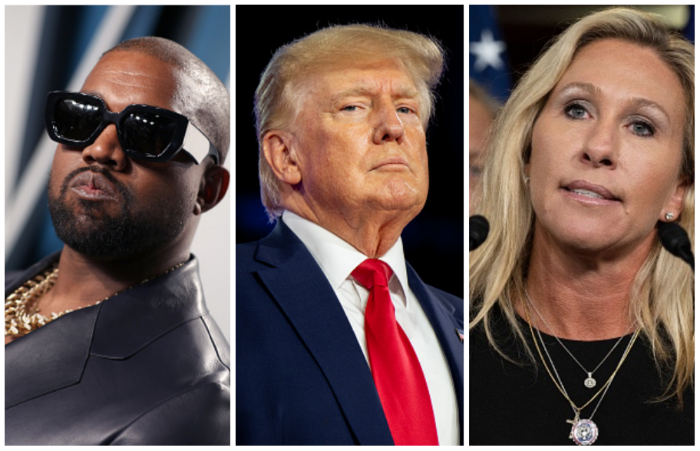 Just clarifying that his account is being suspended for incitement to violence, not an unflattering pic of me being hosed by Ari.

Frankly, I found those pics to be helpful motivation to lose weight!


Ye has been ranting about Endeavor CEO Ari Emanuel for months, claiming that he is “digitally lynching” Ye. On Truth Social, Ye posted a screenshot showing that he had been suspended for 12 hours, although it’s unclear if the suspension will actually be lifted (it would be insane to allow Ye back on). This is the first suspension that I have seen since the Twitter Blue debacle that didn’t come because of a tweet insulting, mocking, or impersonating Elon Musk. Musk, a “free speech absolutist,” did some digital flexing after the suspension, tweeting FAFO (or fuck around and find out).


Most of the replies, however, are probably not of the type that Musk was hoping for. A number of conservatives are complaining that the suspension does not align with Musk’s “free speech absolutism,” with some even claiming that they are quitting Twitter as a result.

So richly deserved: Now that Musk suspended Ye for sharing a swastika, Musk is getting slaughtered by his fans, who are finally realizing his "free speech absolutism" was always the scam we told you it would be: pic.twitter.com/aN4P3DaObX


Interestingly, a number of Musk simps are claiming that these free-speech conservatives do not know what “free speech” means while rebutting with the same arguments that liberals have been making since Elon Musk took over. HA!

I’m positive you don’t know what free speech is. If you say something that I think is inciting violence or any kind of hate then I have every right to not allow you in my bar. Free speech don’t not equal freedom from peer judgement or peer consequences.

Musk recently stated that he would be providing “amnesty” to thousands of accounts banned under the previous leadership for antisemitism, incitement to violence, and other forms of racism, transphobia, and bigotry. Perhaps this will be a lesson to Musk: Bigots don’t change.

(Header photos of Elon Musk are replaced with photos of Lee Pace on Pajiba for aesthetic reasons and with apologies to Lee Pace.)