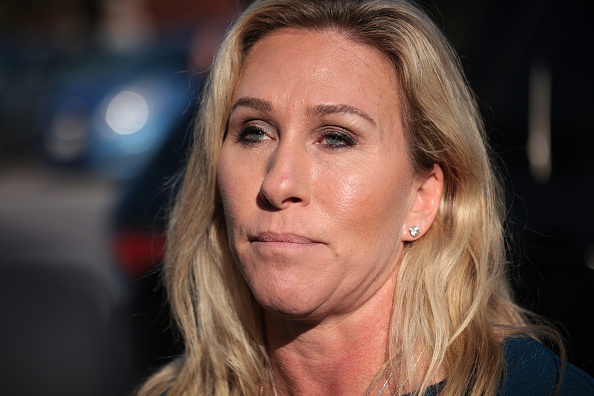 But it’s never going to happen. There is often some dumb drama surrounding these House Speaker elections, but it always gets resolved in favor of the controlling party. Last time around, there was some discussion about how Alexandria Ocasio-Cortez and the progressive wing of the Dems would not vote for Nancy Pelosi. In fact, a number of Democratic Congress people ran by promising that they were not as radical as Pelosi, or that they were more progressive than the Pelosi establishment. In the end, there were no other legitimate challengers, and enough people voted for Pelosi to make her Speaker. Her Speakership was not really in danger, because what was the alternative? Were the Democrats going to let a Republican become the Speaker of the House?

The same thing is going on now with Kevin McCarthy. The margin is tight, and McCarthy can only afford five or six defections, but he’ll have the votes. However, right now, there are a number of GOP Congresspeople insisting that they will never vote for Kevin McCarthy — Marjorie Taylor Greene thinks as many as 10 — but they’ll come around. They always do. McCarthy will not suffer a humiliating defeat, because the Republican holdouts — Matt Gaetz, Andy Biggs, Bob Good, Ralph Norman, etc. — aren’t going to let Hakeem Jeffries become Speaker of the House. If the lunatic fringe of the party gets their way, however, that’s what would happen, because there are probably a handful of moderate Republicans in blue states who’d rather have Jeffries than Andy Biggs.

But again, it’s not going to happen.

What will happen is that Andy Biggs, Matt Gaetz, et. al., will extract a bunch of concessions out of Kevin McCarthy, and in order to become the House Speaker, he will have to basically sell his soul to Marjorie Taylor Greene, which is essentially what he’s already done. Greene — who is a big McCarthy supporter all of a sudden — is whipping votes for him and is expected to get a lot of powerful seats on House committees in exchange. So, behind the scenes, the crazy lady from the gerrymandered district in Georgia will have the California Republican by the balls. As a reminder, here’s the second paragraph on Wikipedia under Marjorie Taylor Greene:

Greene has promoted antisemitic, white supremacist, and far-right conspiracy theories, including the white genocide conspiracy theory, QAnon, and Pizzagate, as well as other extremist conspiracy theories, including about government-orchestrated operations in mass shootings in the United States, discredited allegations of murders perpetrated by the Clinton family (Clinton Body Count), and 9/11 conspiracy theories. Before running for Congress, she supported calls to execute prominent Democratic Party politicians, including Hillary Clinton and Barack Obama. As a congresswoman, she equated the Democratic Party with Nazis and compared COVID-19 safety measures to the persecution of Jews during the Holocaust, later apologizing for the latter comparison. During the 2022 Russian invasion of Ukraine, Greene promoted Russian propaganda and praised Vladimir Putin. Greene identifies as a Christian nationalist.

That lady is gonna be the power center of the GOP. Kevin McCarthy will be the Speaker, but after two years, he will probably wish he weren’t because the inmates will be running the asylum, calling for once-a-week impeachment votes and probably dragging Hillary Clinton back to sit for another week-long session on her emails. Nothing will get done except Hunter Biden investigations, and Speaker McCarthy will pray the Democrats take back the House in 2024 so he can wash his hands of it and join the feckless Paul Ryan on the board of Fox News.