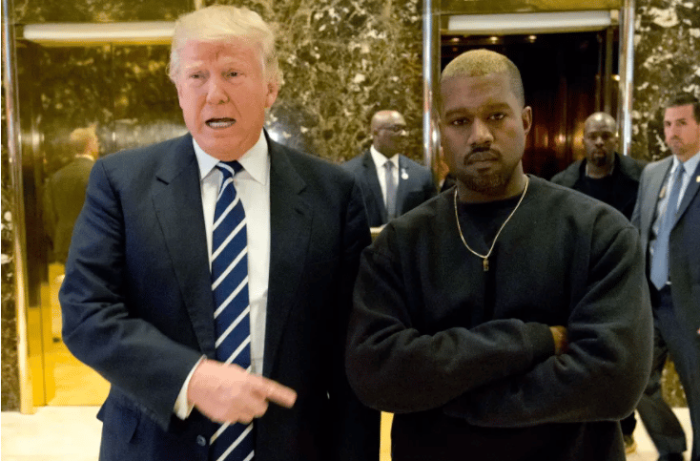 It’s some real fourth-dimensional chess to reveal the full depths of your antisemitism and racism, be deplatformed for it, and then just days after your account is reinstated by a narcissistic edge-lord, declare your intentions to run for president. On Thanksgiving. 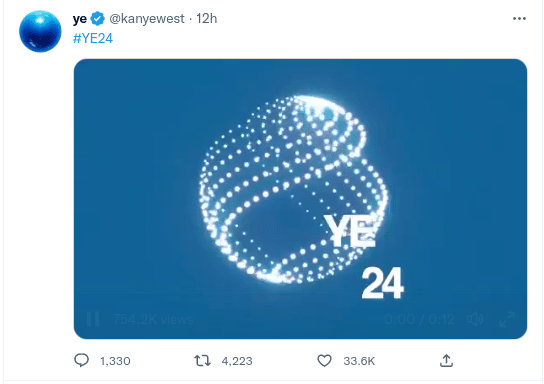 Do I think he’s going to win? No, not at all. His 2020 presidential campaign only garnered 70,000 votes. That’s roughly the population of Canton, Ohio. While he might be gaining fans among the white supremacist set — do you REALLY think that’s going to work out for you in the long run, Ye? — every fan and sponsor with half a brain or moral compass has dropped him like a hot potato with acid spewing out of its eyes. We’re all real sick of Kanye. So far he and TFG are the only people who have officially announced their candidacy for president in the next election, which means we should talk about it a little bit. Mostly to say that even though Ye invited TFG to be his running mate a) that will never ever happen and b) those two are competing for the same knuckle-dragging, mouth-breathing votes. Something TFG seems to be very aware of if this video titled “Mar-A-Lago Debrief” has any validity. Awwww Donny thought they were friends. Silly rabbit, narcissists don’t have friends. (Yes, I mean both of them).

I feel dirty linking to that tweet so here’s the rundown so you won’t have to click on it: Ye and Milo Yiannopoulos are chillin’ in what looks like an empty office, giggling about how unprepared TFG was for Ye to tell him he was running for president (Trump yelled at him? I don’t believe it. He is the master of his emotions!). They talk about how awesome Nick Fuentes is. If you don’t know, (bless you) Nick Fuentes is King Shit Of racist, antisemitic Incels. Ye and Milo also have the sads that TFG didn’t arrange for the release of people who participated in the January 6th Capital riot. They’re both rooting for Christian Theocracy to take over the country.

ONLY THE BEST PEOPLE. Anyway, it looks like Kanye West is planning to disrupt the upcoming campaign season which I’m sure will make Mitch McConnell, Kevin McCarthy, and the clown car over at the RNC super happy when they eventually have their primary. This may work out well for all of us on the other end of the moral and political spectrum. Get your Ken Wantenabe “Let Them Fight” memes ready.


← 'Mythic Quest' Makes a Triumphant Return for Season 3 | Is 'Survivor' 43 Finally Getting Good? →