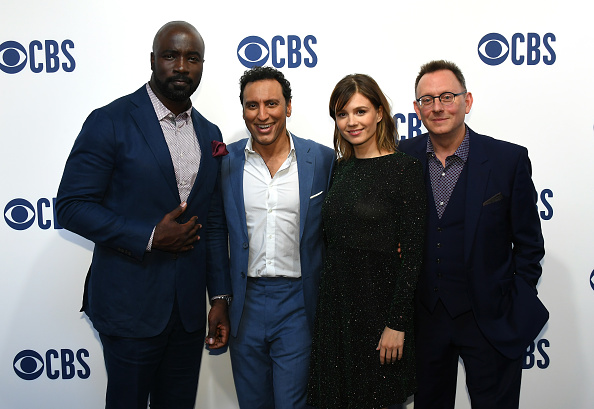 If you’re not yet watching Evil and you have no other heat-beating plans for the holiday weekend, I really can’t recommend it enough. It is brilliant, funny, at times scary, and smart but also comforting television. There’s a series-long arc and a season-long arc, but some of the episodes are also self-contained. Also, Michael Emerson is a goddamn gem, Mike Colter takes his shirt off sometimes, Aasif Mandvi provides great comic relief, and Katja Herbers is the glue that binds the series, and her character may not be who she appears.

Also, Herbers is Dutch, which is obvious from the name, but she’s Dutch Dutch, which is to say: She has a Dutch accent, which I didn’t realize until her appearance on Late Night with Stephen Colbert this week, which may also be in part due to the fact that it was her first-ever late-night talk show appearance. I also hadn’t realized how many times I’ve seen her outside of Evil. She starred in the underappreciated Manhattan, she was in three episodes of The Americans and The Lefovers and seven episodes of Westworld. Here’s her interview on Colbert:

Those who are watching Evil may have noticed in the first episode a moment where they clearly dubbed in the word “f**ker,” a reference to Michael Emerson’s character. You don’t often see a series dub in profanities, but as Herbers makes clear in the above clip, they did it several times this season after it moved from CBS to Paramount+. And yes: Evil (along with The Good Fight) is absolutely worth the price of a month-long subscription to Paramount+, particularly if you’re also a fan of RuPaul’s Drag Race (All-Stars season 6 is airing there now), or if you have preteens who are into iCarly (where the revival currently airs) or if you want to watch the first (and sadly, only) season of Clarice. Also, if you didn’t catch A Quiet Place Part II in theaters because you’re still a little skittish about returning, the movie will stream exclusively there on July 12th.

I sound like a shill for Paramount+, don’t I? I’m not! But I am a shill for Evil (and The Good Fight) and the gratuitous addition of profanities.


← Where Will 'Loki' And 'Mythic Quest' Go, And More On Podjiba! | Amber Ruffin Wants You To Know That Black Towns Are Under Water →