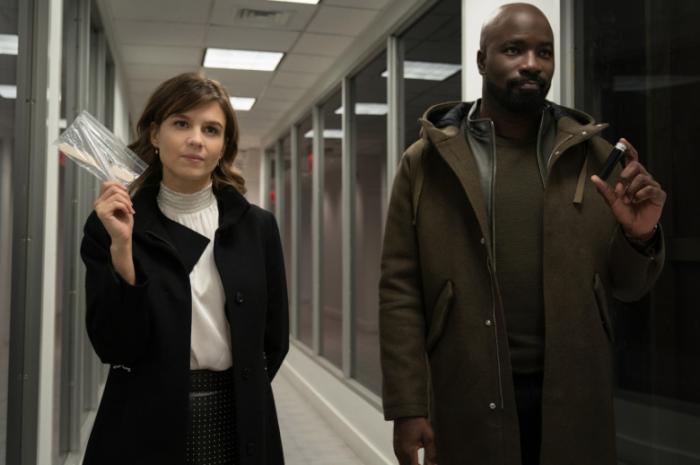 The second season of Evil premiered on Paramount+ this week, and my Devil, how I have missed this show, one of the most underappreciated series when it debuted on CBS in 2019 and again when it premiered on Netflix in 2020. The second season streams exclusively on Paramount+, which is at it should be, if only because it allows Kristen Bouchard (Katja Herbers) to appropriately call Leland Townshend (Michael Emerson) a “f**ker.” Truer words.

The second season turns the first on its head, because while in the first season there was some question about whether Leland was possessed by Satan, the dynamic has switched. Now, Kristen, David (Mike Colter), and Ben (Aasif Mandvi) are trying to prove that Leland is not one of Satan’s minions but rather a run-of-the-mill psychopath. Meanwhile, the real demon may have been Kristen all along.

To wit: The second season opens where the first left off, with Kristen receiving a phone call informing her that serial killer Orson LeRoux is dead. Kristen seems to know this, mostly on account of the fact that she killed him after Orson threatened her four daughters. Orson’s wife is the main suspect, although Kristen wisely ensured that she had an alibi. Kristen also meticulously cleans off her ice ax and hangs it back up in the garage (but only after one of her daughters purportedly espies her trying to bury it). I should note also that when Kristen touches a cross, it leaves a cross-shaped burn on her hand, one of several instances that lead us to believe that she may be a demon. Other items of evidence include: Confessing to her daughter that she was born with webbed feet, an upside-down cross falling onto her head, and also casually mentioning to her therapist that she murdered Orson LeRoux and that she has No Ragrets. The scene between Kristen and her therapist (played by Kurt Fuller) is magic. She ensures that doctor-patient confidentiality applies, he concedes that it does while awaiting her to confess something minor like shoplifting, and then Kristen commences to blow his mindhole by admitting to a grisly murder in the most matter-of-fact ways. 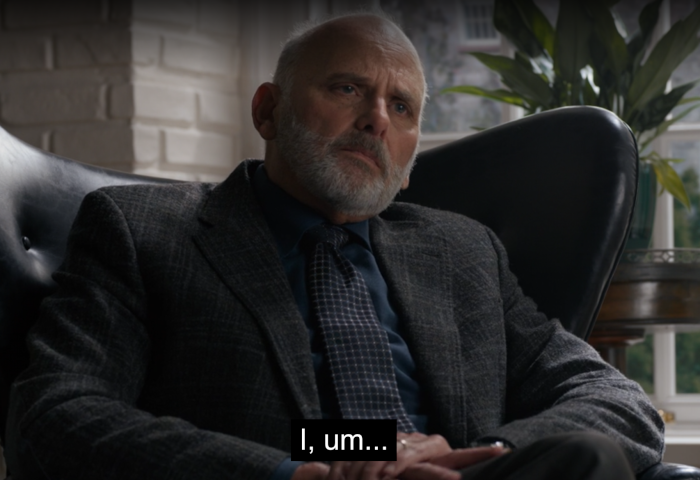 I should note here, too, that Ben may be on to Kristen, or at least he suspects that she’s hiding something about Orson LeRoux’s death (also, it certainly seems as if Mandvi’s presence on the series will be expanded this season).

Meanwhile, Kristen, David, and Ben haven’t given up on investigating the RSM Fertility Clinic, which they believe is corrupting eggs in an effort to influence an entire generation of folks (including potentially one of Kristen’s own), but Bishop Marx has something else in mind at the moment. A higher-up Cardinal has asked that they look into a very wealthy parishioner who wants to be exorcised, claiming that he sold his soul to the Devil when he was 18. I’ll give you one guess as to who that parishioner is! No, it’s not Alicia Florrick. Why would you guess that? She’s not even on this show! Of course, it’s Leland Townshend, who claims that he wants to get rid of Satan so that he can get on the right path before marrying Kristen’s mother, Sheryl (Christine Lahti). This is what elicits the “f**ker” from Kristen (also, it is clear that the “f**ker” was overdubbed after the series was moved to Paramount+, which I completely appreciate).

So now, Kristen, David, and Ben are trying to prove that Leland is not possessed, and that he’s playing the church for fools, which is an interesting turn of events that puts all three of them on the skeptical side while the evidence certainly suggests to me that Satan is pulling the occasional string. I love that Leland is in their heads, leading them on wild goose chases, and confessing to his own lies. Michael Emerson is such a devilish delight. Sure, there are logical explanations for some of his behavior, and it’s certainly possible that he could found out that his ex-wife was in a coma before anyone else. But also: What if it were demons? I mean, this is one of those rare instances where Occam’s Razor = Demons.

Leland, meanwhile, has given himself two months to corrupt David before he’s ordained, which he’s apparently going to do by ensuring that David and Kristen engage in the sexytimes (“Yum, yum”), which seems all but inevitable. Elsewhere, remember George, that terrifying demon creature that used to haunt Kristen in her dreams? Ben’s got his own creature now, and she’s a lady demon, and she’s a fan of nipples. Leland is also clearly inside of Ben’s head and as the episode’s last scene reveals, while Ben installed spyware so that he can watch Leland on his webcam, Leland did the same to Ben, and it slowly dawns on Ben that Leland is watching him while Ben is watching Leland. 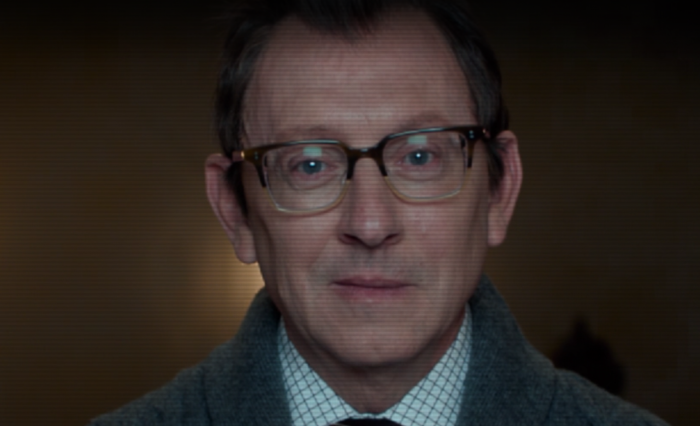 Finally, it may not have been the most pivotal scene in the premiere, but the dentistry performed on the sharp incisors of Kristen’s daughter Lexis was definitely the most shocking. While under anesthesia, Lexis managed to nearly bite off the dentist’s finger. In fact, a clean break would have been less faint-worthy (NSFW here). I won’t lie: The crunch and the subsequent scream scared the sh*t out of me.