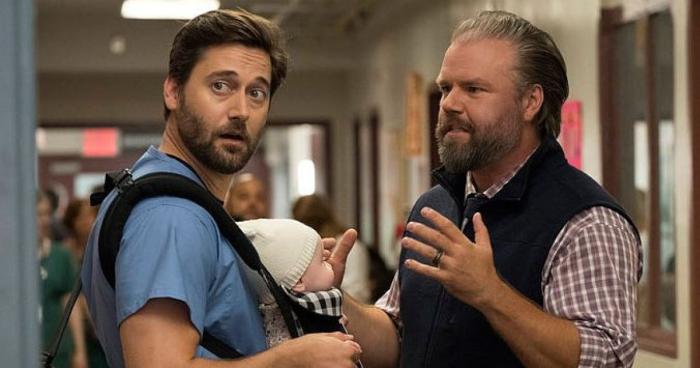 Who Dies In the 'New Amsterdam' Second Season Premiere?

New Amsterdamn may be the Coldplay of medical dramas, but in its first season, it was fairly successful in also being the This Is Us of hospital shows (as opposed to Bluff City Law’s embarrassing attempt to be the This Is Us of legal shows). Over the course of the season, the characters grew on me so much so that I actually found myself looking forward to each week’s episode as a sort of respite from the heavier prestige dramas.

It’s not a great show, but it is a good one, or at least good enough to be the first hospital drama I’ve invested in since Katherine Heigl left Grey’s Anatomy. Of course, the big storyline going into this season is who would survive the first season finale, which saw the fates of Georgia (Lisa O’Hare), Dr. Bloom (Janet Montgomery), and Dr. Sharpe (Freema Agyeman) hang in the balance after the deadly ambulance crash. The previews for the season premiere warned us that someone would die, and the season premiere followed through on that threat.

It didn’t take a lot of deductive skills to figure out who would die, since one of the three candidates (Lisa O’Hare) had a recurring role on New Amsterdam while the other two were series regulars. The season premiere, set three months after the accident, did begin with something of a fake-out, although it was a fairly obvious one. Dr. Goodwin woke up in bed with his wife, Georgia, and the baby was crying. “It’s your turn,” Georgia says to Max. “It’s always my turn,” Max says, which tipped viewers to the fact that this episode was likely taking its cues from the Scrubs episode with Brendan Fraser, “My Screw Up.” It’s always “his turn” because Georgia is not actually there.

Through a series of flashbacks, however, the episode did tease us into believing that it could have been Dr. Sharpe who died and then, Dr. Bloom. Both, however, ultimately survived the car crash, although Dr. Bloom was left with agonizing pain in her leg, for which she cannot take painkillers owed to her prescription drug addiction.

It initially appeared that Georgia had survived the ambulance crash, as well, but in typical hospital drama fashion, there was a bait and switch. After it was clear that Dr. Sharpe and Dr. Bloom would survive their injuries, Georgia relapsed after suffering from a brain bleed, and Max didn’t make it into her room before she passed away. The episode ended with a real kick in the gut, as Max sees the body of his wife lying on a table before we jump to the present again, where Max is back in his apartment singing to the baby with Georgia, who is only in the imagination of Max.

Now Max is left to raise their baby alone … for now. There were some sparks last season between him and Dr. Sharpe, and it just so happens that Dr. Sharpe really wants to be a mother now. Now New Amsterdam can kill two storylines with one romance.

— Dr. Iggy Frome (Tyler Labine) continues to be my favorite character, and of course, after saddling his husband with child duty on a day in which all three of his kids were sick, Iggy comes home late and thinks, “You know what? We should adopt another kid.” They’re going to sink in their own goodness.

— Don’t let Dr. Vijay Kapoor (Anupam Kher) think that he’s over the hill. He proved his naysayers wrong by resolving an impossible case in which a patient’s rheumatoid arthritis wasn’t responding to medication. He cleverly figured out that it was an abscess in her tooth that was essentially blocking the medication.

— Finally, Dr. Floyd Reynolds (Jocko Sims) looks like he’s not only got a protege, but he’s still engaged to Evie, who is Skyping in at the moment, which always makes me think that the actress is probably somewhere else working on a different project. (Here, it’s Margot Bingham, and she might still be working on Tigertail, an Alan Yang (Master of None) movie she’s in with John Cho.)

— How long will Max hold a grudge against the doctor who failed to save his wife? That’s gotta be a weird dynamic.

— Finally, Max is magically cured of his cancer, but in the new oncologist, Dr. Sharpe has a nemesis.