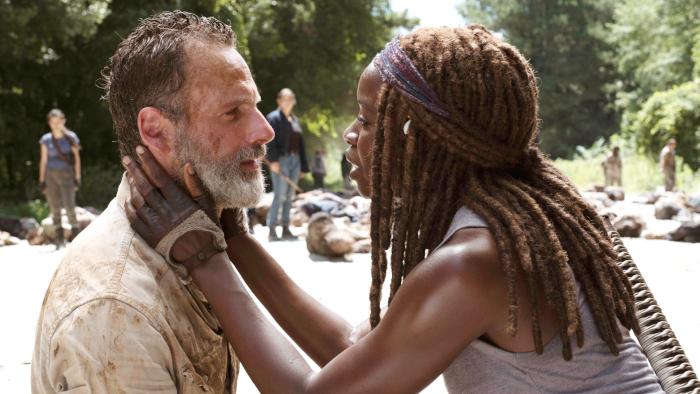 'The Walking Dead' Universe Might Finally Be Coming to an End

The Walking Dead premiered 13 years ago, and the mothership finally came to an end two months ago in a satisfying finale that was nevertheless not worth the 11 seasons many of us invested in the series.

But the thing is, it didn’t really end, did it? Because in addition to the spin-offs in the same universe, like Fear the Walking Dead, The World Beyond, and Tales of the Walking Dead, the most popular characters are also continuing on in their own spin-offs.

However, it’s possible that the universe may finally be coming to an end … next year. AMC has scheduled the six-episode The Walking Dead: Dead City — starring Lauren Cohan (Maggie) and Jeffrey Dean Morgan (Negan) — out in June, while Norman Reedus’ spin-off, The Walking Dead: Daryl Dixon, will be out later this year. Finally, the Andrew Lincoln-Danai Gurira spin-off series following Rick Grimes and Michonne will begin production this year and air in 2024. That could be the end of The Walking Dead unless AMC finds additional storylines within the existing spin-offs (or god forbid, second seasons). Figuring out the whereabouts and concluding the stories of Rick and Michonne seems like a logical endpoint. Please.

Meanwhile, the best news for the unfortunate completists among us is that Fear the Walking Dead will finally, blissfully end with its eighth season, which kicks off in May. Unfortunately, the final season will be broken up into two parts, the latter six which will air later this year, so as to prolong our collective agony. God.