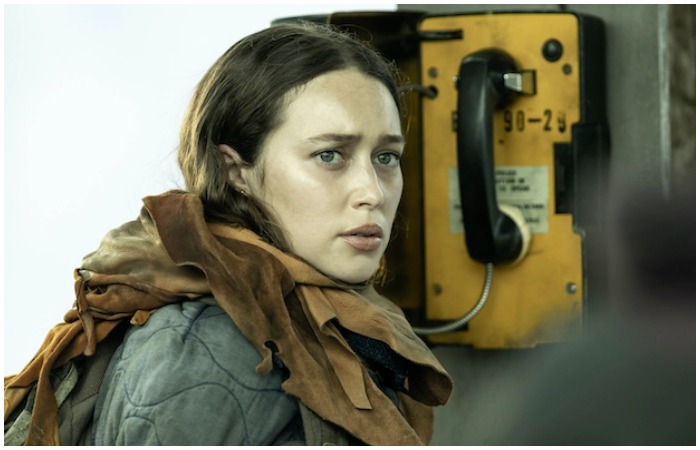 'Fear the Walking Dead' Is the Best Hate Watch On TV

I feel like a broken record at this point, but every single week, Fear the Walking Dead seems to plumb new depths, and this week’s episode, “Divine Providence,” is no exception. The episode is bad in and of itself, but it also retroactively worsens the already terrible storyline that had been established before it. It’s like a train careening around a sharp corner and just before it skips off the rails, it smashes into the side of a hill and buckles the track three miles behind it.

The whole season, which — again, is taking place during a nuclear winter set inside of a zombie apocalypse — has been heading toward a big showdown between Alicia and Strand over the ownership of The Tower, a six-story building on the outskirts of a radiation zone. What is special about this building? That’s not clear. Is it because they have garden beds on the roof? And a moat made up of radioactive zombies? (It is also unclear how they have enough water to both sustain the rooftop garden and provide for the inhabitants of The Tower considering that the surrounding water sources are probably radioactive themselves).

Before Morgan shipped off last week to wherever-the-hell in a raft with Baby Mo, he and Alicia lured the radioactive zombies away from The Tower, making it easier for Alicia and her people to attack. So, what does Alicia do when she arrives at The Tower with an army in tow? She calls Strand. On the phone. It’s not exactly the element of surprise, is it?

But Strand’s like, “Hey Alicia! Before we go to war, have a drink with me inside The Tower first, OK?” And Alicia, who is dying, is like, “Oh, fine! But just one drink.” So, she goes into The Tower and has that one drink before Strand predictably locks the doors, refuses to let Alicia return to her friends, and turns on the rooftop beacon to draw the radioactive zombies back to The Tower to kill all of Alicia’s friends, who are just hanging around outside The Tower with their thumbs up their butts wondering why their leader, who just walked into a foxhole, hasn’t returned.

What’s even more surprising is that Strand is like, “Alicia, I built this Tower to impress you. So that you would be proud of me. I’m going to kill all of your friends now, but I love you! Come build the future with me!” When Strand decides to kill all of Alicia’s friends but also invite Alicia to live in The Tower with him, he gets some pushback from Wes. Wes is the sweet, poet guy who used to paint murals on trees but who, two or three episodes ago, took a wild character turn and decided to become Strand’s henchman, replacing Howard, who would’ve been far more suited to this role and who actually had some context for turning against Strand. Wes is like, “You can’t trust Alicia! We have to kill her,” but Strand is like, “I have to listen to my gut.” Wes is like, “Your gut has sh*t for brains,” and then Wes and all of Strand’s security personnel — the Rangers — suddenly switch sides and join Wes, who aims to kill Strand and Alicia and take over The Tower.

It’s also worth noting that Daniel — who is suffering from dementia — also slipped into The Tower before Wes turned against Strand. Strand gave the order to kill Daniel, but all of a sudden, Strand is now on Alicia’s side, and he wants to save Daniel and turn off the beacon luring all of the radioactive zombies back to kill Alicia’s friends. The entire season has been building up to Alicia vs. Strand, but now it’s Alicia and Strand vs. Wes, who was basically a nothing character three weeks ago. Strand has likewise recruited Daniel — whom he once shot in the face — onto his side because alliances mean nothing.

I’ll spare you most of the details, except to say that Strand, Alicia, and Daniel have to shoot their way up to the roof to turn off the beacon. Meanwhile, all of Alicia’s friends are standing outside The Tower, loaded up with weapons, watching the beacon lure the radioactive zombies toward them. No one — not one single person — thinks, “You know what? Maybe we should just shoot out that very large, very fragile light that’s only six floors up, basically a stone’s throw away, and we have, like, machine guns.”

Daniel takes the lead and has little problem shooting his way to the top floor despite the dementia because Alicia and Strand have allowed him to believe that his daughter, Ofelia — who died three or four seasons ago — is alive at the top of The Tower. You know, the usual: Exploit a man’s senility to turn him into Rambo. When he gets to the top floor, however, Daniel realizes he’s been tricked and that Ofelia is not alive, but Strand — who wanted to kill Daniel five minutes ago — is like, “I’m really sorry. But here’s your consolation prize: Charlie, in a hospital bed, about to die of radiation poisoning.” And Daniel is like, “Oh, thank you! It turns out that a dying Charlie is exactly what my soul needed. I’m just gonna sit next to her hospital bed and be with her until she dies now.”

So now Alicia and Strand have to make it to the top of The Tower to turn off the beacon that Alicia’s friends are too dumb to shoot out themselves. But Wes returns. Daniel takes out a couple of his goons, but he also gets shot (don’t worry! He’s fine! I mean, aside from the dementia and the bullet wound). Wes trains his gun on Alicia and he’s about to shoot her, but Alicia’s like, “No, don’t do it, Wes. Don’t shoot me!” But Wes keeps his gun pointed at her head. Right before he pulls the trigger, however, Strand hops up off the floor and guts and kills Wes with his sword.

So, now Alicia and Strand are in a scuffle, and during the melee, they knock over the radio tower, which falls on the very fragile beacon and shatters it. But it’s too late. The radioactive zombies have already converged upon The Tower (most of Alicia’s friends are inside by now). Even though The Tower is once again surrounded by radioactive zombies, Alicia climbs up to where the shattered beacon is and decides to transmit over the fallen radio tower a message telling everyone to … come to The Tower. It can be their new home. “But first, we’re going to need some help from you,” she says, by which she means: “You can live in this wonderful Tower, and all you have to do is get rid of like 1000 radioactive zombies first!”

Then The Tower catches on fire, and Alicia passes out. Again.

To sum: Strand switches sides so many times that his great, great-grandchildren get whiplash; Wes is dead; The Tower is on fire, but hundreds of people are on their way to it; Alicia is near death; dementia-and-bullet-riddled Daniel is apparently going to sit beside Charlie while she dies and The Tower burns down around them; and the entire season-long storyline has completely whimpered into nothing. 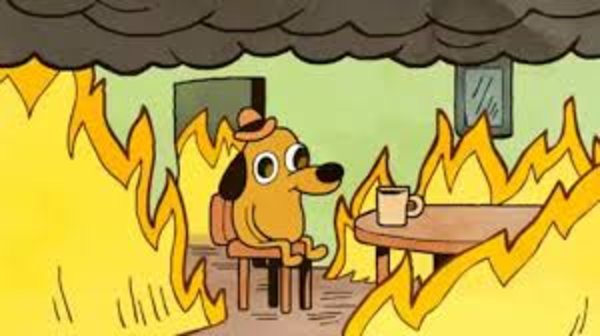 Next week: The Tower will burn to the ground, and everyone inside will have to get out before it does while being encircled by a horde of zombies. I won’t ruin the episode except to say that, yes, somehow Fear gets even worse. It is the best hate-watch since the eighth season of Dexter. I swear to God, AMC must have told the showrunners that they were being replaced next season and this entire season is their revenge.