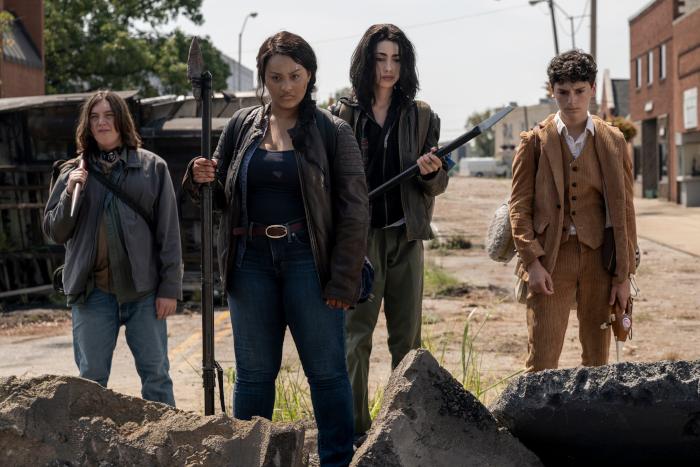 'The Walking Dead: World Beyond' Has Been a Profound Waste of Time

It hasn’t done sh*t. In fact, that may be to the benefit of the broader TWD universe because the more it can distance itself from The World Beyond, the better. This show is dreadful, maybe the worst scripted series I’ve watched in years, and that includes Manifest, which at least dared to be different. The World Beyond is insipid, pointless, and worst of all: It’s boring. It’s a collection of barely competent teenage actors, a complete waste of Julia Ormond, and the assassination of the one character that came over from The Walking Dead, Pollyanna McIntosh’s Jadis. 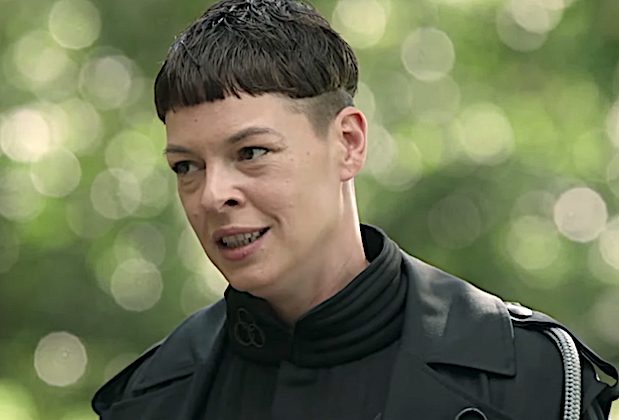 Allow me to briefly recap what we’ve learned in 19 episodes of the series, and again, I won’t bother detailing the specifics of the characters because not only do they not matter but hopefully, we will never see any of them again after next week’s finale. A group of teenagers left their community — a bubble secluded away from the zombie apocalypse — in search of the father of two of those teenagers, a scientist recruited by the Civil Republic to find a cure for the zombie virus (the Civil Republic Military, or CRM, is the outfit that absconded in a helicopter with Rick Grimes in season 9 of The Walking Dead when Andrew Lincoln left the series). Soon after the teenagers left their campus community, the Civil Republic gassed it, as well the Omaha community of 100,000, committing genocide on its own people.

Over the course of the second season, that motivation has evolved from “destroy the Civil Republic” to “prevent the Civil Republic from committing another genocide in a Portland, Oregon colony.” Ahead of the finale, they have found the chlorine gas being used to wipe out Portland, and they have secured the explosives necessary to destroy the gas. Meanwhile, Jadis — who ran something akin to an artist colony in a junkyard in The Walking Dead — is now a high-ranking official in the Civil Republic Army and the primary antagonist this season.

As for the rationale for wiping out the Campus Colony, the Omaha Colony, and soon the Portland Colony? It’s because, according to Jadis, the CRM doesn’t have the resources necessary to sustain those colonies, so instead of cutting them loose and watching them die slowly of starvation, the CRM decided not only to put them out of their misery but to use their corpses for experimentation purposes, something the dead should be thankful for because their legacy would presumably contribute to the future of mankind. Ahem.

That’s it. That’s the sum total of two seasons of The World Beyond. What have we learned about Rick Grimes? Nothing. What wrinkles have been introduced to the mythology of The Walking Dead? None. What does any of this have to do with the broader universe and the Rick Grimes movies? Hopefully nothing because AMC would be wise never to mention this misfire again.


← The Apple Doesn't Fall Far From the Serial Killer in the Best 'Dexter' Episode Yet | 'Succession' Episode 7 Recap: "I Think the Party's Over, Yeah?" →