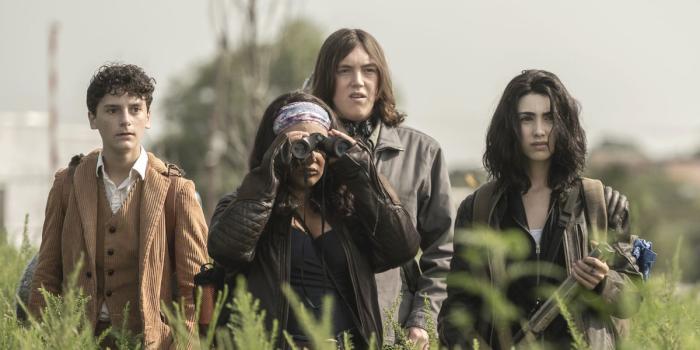 An Explainer: How 'The World Beyond' Fits into 'The Walking Dead' Universe

The Walking Dead: The World Beyond, another spin-off of The Walking Dead, is a limited two-season series that exists for only one reason: To sketch in some background concerning the whereabouts of Rick Grimes, who was picked up from Alexandria by a military helicopter in the ninth season of The Walking Dead and hasn’t been seen since. That military helicopter was operated by an outfit called the Civic Military Republic (CRM), and The World Beyond purports to tell its story through the perspective of a group of whiny, insufferable teenagers with little acting ability who are given scripts that somehow fail to live up even to their marginal talents.

This show is bad and yet somehow managed to snag Julia Ormond as one of the leads. She’s the header of the CRM. The first season is almost entirely devoted to watching these petulant teenagers trek from Nebraska to a CRM research facility in New York, where the father of two of the characters — Iris and Hope — is a scientist experimenting on walkers in an effort to find a cure for the zombie virus. Along the way, they also learn that the CRM is a nefarious entity, mostly because Elizabeth Kublek’s (Ormond) daughter, Huck (The Americans’
Annet Mahendru) infiltrated the group of teenagers and posed as their friend. 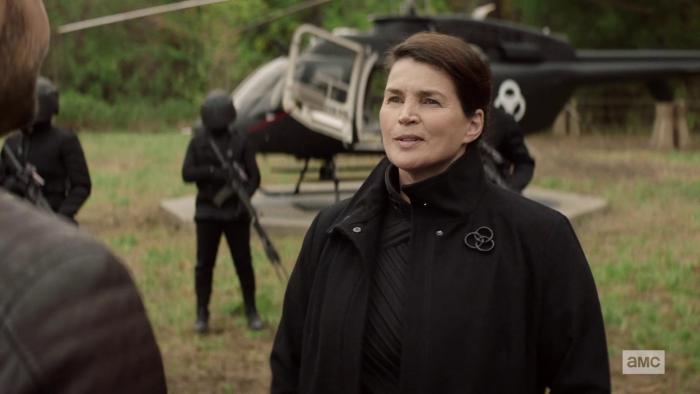 It’s almost impossible to stress how little any of this matters, because the characters don’t matter. They exist to provide context for a Rick Grimes movie that may or may not ever happen. There won’t be a third season, and if we’re lucky, none of the characters will survive this season, because ultimately the CRM must win this battle and continue to exist because it’s expected to be the antagonizing force in the theoretical Rick Grimes movie.

Therefore, I will not be “recapping” The World Beyond each week — because, again, what happens to these characters is irrelevant — but I will provide fans of The Walking Dead this service: I will track any of the revelations that may connect to Rick Grimes and the larger The Walking Dead universe. You can remain apprised of the relevant bits without having to suffer through thinly drawn, inconsistent characters, terrible storylines, and all the goddamn whining.

In the season premiere, for instance, Elizabeth Kublek reiterates that she obliterated two arms of the CRM: The Campus Colony, a community of 10,000, and Omaha, home to 100,000 people. Kublek lied to Hope and told her that the two communities were destroyed by “columns of empties,” which is The World Beyond-speak for mega-hordes of zombies. Why did she destroy these two communities of allies? We have no idea, except that it was for “the greater good” and that the decision has weighed heavily on Kublek.

It’s absolutely absurd that a community of 100,000 exists in Nebraska, a community of 10,000 in Omaha, and a community of 50,000 in The Commonwealth while the characters in The Walking Dead and Fear the Walking Dead trawl around obliviously in the wastelands of Virginia and Texas, respectively, a decade after the zombie apocalypse. Putting that aside, the reason why CRM destroyed those communities is the central mystery of the season, which we know because showrunner Matthew Negrete repeated it several times in the behind-the-scenes featurette at the end of the episode (this despite the fact that it didn’t seem to be a particularly pressing detail in the first season). My theory, however, is that Rick will be called upon in the theoretical movie to save The Commonwealth — the new home for all the Alexandrians — from the CRM.

Beyond that, we also meet another community known as The Perimeter, which is where a couple of the other teenagers have found safe haven while figuring out what to do about the CRM. The Perimeter is a former artist colony, and they remain neutral. The CRM allows them to exist in exchange for clearing the dead surrounding the CRM research facility.

The Perimeter might be important in the broader context of The Walking Dead universe because Rick Grimes may have sought safe haven with them. The World Beyond is slightly behind The Walking Dead timeline, and there is also some online speculation that the folks from The Perimeter may have to migrate South toward Philadelphia in the event that a “column” of zombies overruns the Perimeter. The suggestion is that Michonne — who left The Walking Dead last season in search of Rick — is part of the migrant community that she joined in her final episode. (The theoretical Rick Grimes movies will theoretically include Michonne, as well, if Danai Gurira doesn’t have something else — anything else — to preoccupy her work schedule). 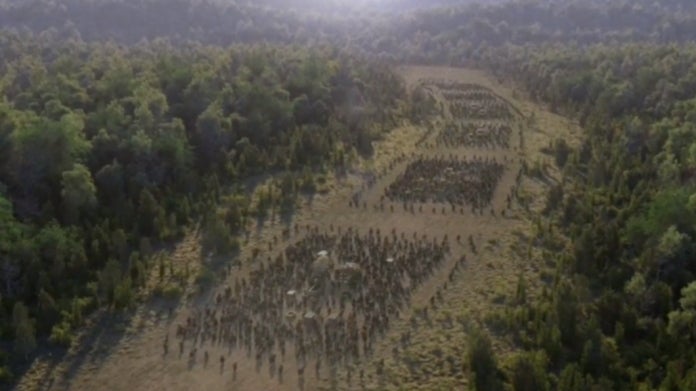 Beyond that, the second season premiere of The World Beyond doesn’t give us much else as it relates to The Walking Dead universe, but the promo for the rest of the season does provide a glimpse of Jadis, the last The Walking Dead character to see Rick Grimes (she was in the helicopter that airlifted Rick). She might be able to provide some information on his current whereabouts, or at least help fill in where he’s been in the seven years since he was helicoptered out of Alexandria.

The World Beyond airs Sunday nights on AMC.


← Spoilers: What Happens in the End Credit Scene in 'Venom: Let There Be Carnage' | 5 Shows After Dark: 'Y The Last Man' on FX on Hulu, 'Dancing With the Stars' on ABC →