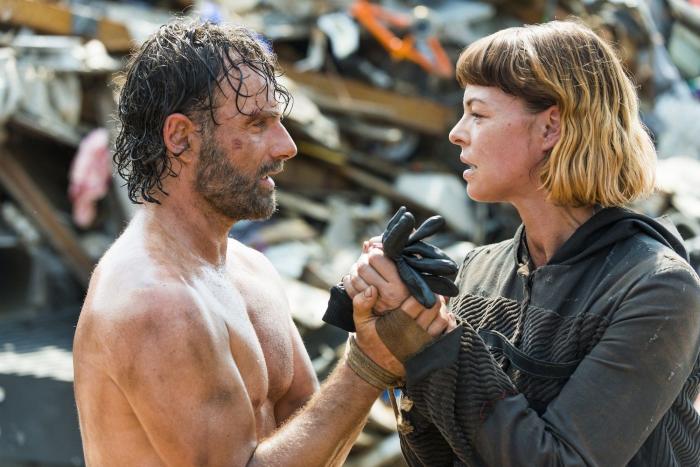 'The Walking Dead: The World Beyond' Trailer: When Television Universes Go Wrong

The MCU started a trend many years ago toward shared universes. Marvel has succeeded (so far), Star Wars might, and the DCEU seems to have kinda/sort of abandoned theirs. Meanwhile, AMC, which hasn’t had a huge new hit in years, decided to launch its own shared universe in an effort to both exploit and prop up their biggest ever hit, The Walking Dead.

The show’s first spin-off, Fear the Walking Dead, is unbelievably about to enter its seventh season. Although at this point, it barely resembles the show it was when it debuted (and there are only three surviving cast members from the first season and one of them has practically come back from the dead twice). That show, however, has shown some resilience by essentially rebooting itself in the fourth season and, to a lesser extent, in the sixth season. It’s not a great show, but it has had some great arcs.

Then there is the lesser-known step-child, The World Beyond, a planned two-season limited series that was designed to fill in some backstory on the whereabouts of Rick Grimes, the former lead character of The Walking Dead who left the show with plans to return in a series of movies. Though the movies are often mentioned, and there has been vague talk of scripts and production starts, they’ve never really gotten off the ground. With The Walking Dead limping toward its conclusion and AMC looking, potentially, to be acquired, I’m honestly not sure those movies will ever come to fruition. The momentum in The Walking Dead universe was flagging before the pandemic, and after all of the delays (and the rise of the streaming era), the Grimes movies and the second and final season of The World Beyond has become something of an afterthought.

That is especially true because the first season of The World Beyond was not good. It improved some in the later episodes, but honestly, the only draw was that it might offer some clues into the bigger The Walking Dead universe. The show is about a bunch of teenagers who decide to leave their colony — a fairly modern civilization largely isolated from the rest of the zombie apocalypse — to see what was out in the world. Also, so that two of the characters could find their father, who left the colony to work for the Civil Republic, a loose governmental body with a military that maintains control over a couple of other colonies.

It’s the Civil Republic that helicoptered an ailing Rick Grimes away from Alexandria. We haven’t heard from him since, although last season Danai Gurira’s Michonne also left the series in search of Rick after finding some evidence that he was still alive.

That brings us back to The World Beyond, where our teenagers have discovered that the Civil Republic is a nefarious entity and they are seeking to bring it down along with the remains of poor Julia Ormond’s career (her character is the leader of the Civil Republic, and she’s the villain who sent her daughter, played by The Americans’ Annet Mahendru to infiltrate the group of teenagers).

This is where these goddamn television universes get you. The World Beyond is not a good show in a dying franchise, but the teaser reveals that Pollyanna McIntosh — who played Jadis on The Walking Dead — will make an appearance. She was last seen on the parent series in the helicopter with Rick Grimes flying away from Alexandria. She knows what happened to Rick. And now, goddamnit, I have to watch this show because these shared universes prey upon completists. I guarantee there’s a huge cross-section of The World Beyond viewers who also finished Dexter and Sons of Anarchy in their entirety. We are weak, and we have some issues with OCD.

← 'What If?', 'Only Murders In The Building,' And More On Podjiba! | Do You Miss Conan? Here He Is Talking About 'The Human Centipede' For Ten Minutes! →