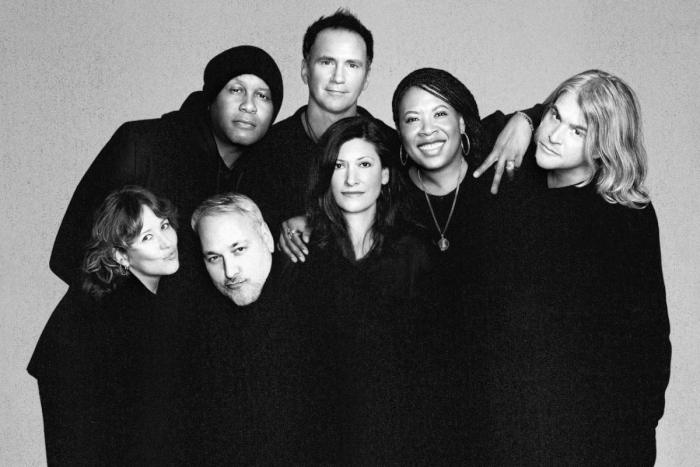 'The Real World Homecoming: New York' Is an Uncomfortable Reminder that Fans of the Original Are Old

What I love about Survivor — more or less the original reality competition series, debuting eight years after more or less the original reality series, MTV’s The Real World — is that after 40 seasons, it hasn’t changed that much. There are new rules, new twists, and different ways to group the players, but fundamentally, Survivor is a social game, and it remains interesting each season not because of who wins (because the season finale is often anticlimactic), but in how the players play the game.

Those early seasons were thrilling, especially for those of us from red states and small towns, who rarely — if ever — were given opportunities to engage in the sorts of conversations that were taking place on our televisions in The Real World. They were not necessarily eloquent back-and-forths, but they came from passionate places, and for people going off to college, the conversations also offered a starting point for us to have our own late-night convos over vodka and Kool-Aid with people who were not like us. I hated what The Real World eventually became, but those first few seasons were magic just in terms of offering many of us with very small windows into the world the honest perspectives of Black people or gay people or people from exotic places like San Francisco(!) and it gave Southern bumpkins a seat at the table, where they could not only reflect their own experiences but learn from the others.

It may sound like I am giving an outsized appreciation for a dumb reality show, but honest to God, the Real World was hugely impactful for pre-Internet 90s kids in opening up the world for those of us who weren’t otherwise given those perspectives.

The Real World Reunion: New York premiered this week on Paramount+, and it brought back all of the cast members from that groundbreaking first season. It’s been 29 years, and they all appropriately look 29 years older, except of course Eric Nies, who barely looks a day over 40 despite being diagnosed with COVID — Nies, in fact, has to participate remotely because he’s being quarantined in a hotel room elsewhere in New York City.

Everyone else, however, returns considerably older and hopefully wiser, although that is still unclear. The first episode is mostly about reintroducing the cast, many of whom haven’t seen each other in years or even decades. There are a lot of hugs, some reminiscing, several flashbacks, and a few instances in which the cast — who have clearly seen their seasons several times — recreate moments from their first episode.

It’s all very sweet, a little wistful, and slightly depressing, as we acknowledge that 29 years in our lives apparently evaporated overnight. The cast, however, seems mostly interested at this stage in three things: 1) Talking about how much they miss each other; 2) discussing what a groundbreaking season of television they created, one that had no framework, one in which they established the blueprint that future seasons of The Real World and all of reality television would work from, and 3) being really bummed that Eric Nies can’t be with them. Given the fact that Nies is the only cast member any of us has seen much of in the intervening three decades, it is indeed a bummer that he’s not around, although I was almost relieved when I found out that he’s sober and then saw the amount of alcohol Heather brought with her.

As reintroductions go, it’s solid. The previews for the rest of the season, however, promise a lot of fireworks, reignited arguments, and maybe someone ditching the house early. From what I understand, however, the cast is only together for a week, which is probably as long as their livers can survive given their age, plus the fact that there’s nowhere else to go during a pandemic. Maybe it’ll be interesting! Maybe it won’t! But one thing is for sure: We are old.


← Trevor Noah Dives Into Joe Biden's Many "Scandals" | Review: 'Raya and the Last Dragon' is a Return to Disney's '90s Adventures →