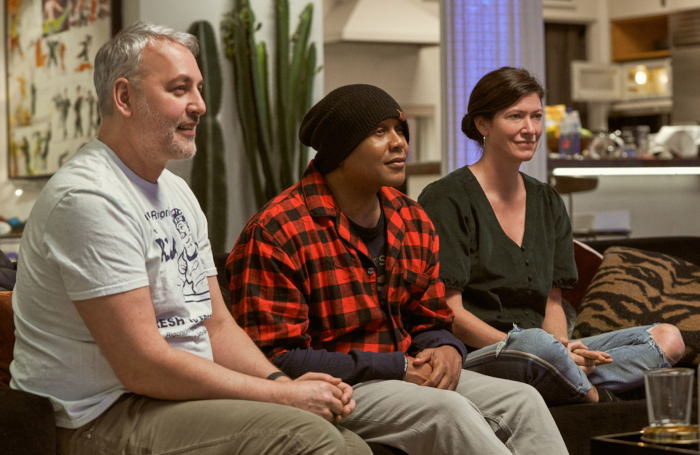 Paramount+ launched this morning, although for those who were already subscribers to CBS All Access, not much has changed beyond the immediate addition of episodes of Real World Reunion: New York, the new Spongebob movie, and a true-crime doc comedy series, For Heaven’s Sake (think American Vandal but real(ish)). In fact, other than the logo up top, the platform itself is the exact same.

Given what’s available on Netflix, Disney+/Hulu, Apple+, Amazon Prime, and HBO Max, Paramount+ hardly seems competitive, especially because some of their best properties are not even available — new seasons of RuPaul’s Drag Race aren’t on the streamer, nor is the Paramount Network’s signature show, Yellowstone, which is available on … NBC/Universal’s Peacock. Showtime, which is also part of the same corporation, is not under the Paramount+ umbrella, either, which might have made it a much bigger draw.

For the most part, Paramount+ consists primarily of CBS programming, so if you’re into bland cop procedurals, it’s a must-have streamer (although, the infinitely better Law and Order franchise is on Peacock). Likewise, it’s the home of all the new Star Trek series, all the old Nickelodeon shows, and they’ve got the Indiana Jones movies and the first three Mission Impossible movies.

It is not yet, however, a real player, although it may eventually will be. I am a subscriber because I have finally decided to experiment with completely quitting cable — linear or streaming — and see how long I can make it with just streaming networks (Prediction: To the Oscars). CBS is worth it to me now because it’s the only streamer (so far) with NFL rights (although, Amazon is about to be the home of Thursday Night Football), and because I still watch a couple of CBS shows (Clarice, The Unicorn), and because I love The Good Fight. For now, that’s about it.

Many of the streamer’s best features, however, aren’t available at the moment. The NFL won’t be back until the fall, same with Survivor (maybe), and we don’t know when they will launch the Yellowstone spin-off, the RuPaul singing competition, the Frasier revival, the iCarly reboot, or the Beavis and Butthead movie. A new Challenge is coming back, as well as a revamped Road Rules series called Road Warriors, but those aren’t available yet, either. Paramount and MGM movies — like Mission Impossible VII and The Quiet Place 2 — will also be available 45 days after their theatrical release, but Paramount is not releasing movies at the moment. In fact, I have no idea why Paramount+ didn’t decide to wait until it had more new, original series (and movies) to launch before deciding to rebrand because there is not much separating it from CBS All Access, which is one of the worst values among the streamers. People who might be eager to subscribe to Paramount+ thinking that it will be shiny and new and offer considerably more than CBS All Access will be disappointed. I love a new streamer, but so far this and Peacock — both of which mostly repackage their network television offerings — have been the major disappointments of the streaming era.

Indeed, the biggest problem with Paramount+ is the same problem CBS All Access had, which is that the Viacom/CBS still has one foot in linear TV, which makes their streamer less than. Market forces will eventually drive the company to invest more fully into the streaming side, but by then, it might be too late to catch up. Compared to the likes of Netflix, Apple TV, and Disney+, Paramount+ is looking as aged as the Real World New York cast members.