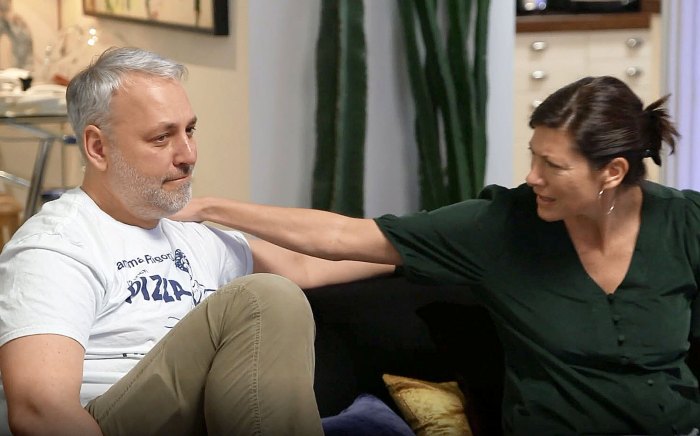 Trailer: The Original 'Real World' Cast is Back, But What's Up with Eric Nies?

Nearly 30 years after the first season of MTV’s Real World (True story!), the original cast is reuniting to live with each other again, in the same SoHo apartment, presumably during the pandemic. The cast is now in their 40s and 50s, and while Paramount+ — where it’s airing — might want us to all expect the unexpected, I can tell you right now what to expect from middle-aged people living together: A lot of going to bed early, a lot of conversations about school districts, and at least once a week, someone will fall asleep while looking up at their phone and drop it on their face.

I saw the first season, and wow, it’s crazy how much we change over the course of 30 years. It’s not a bad thing obviously. We all look different than 1990; it’s just aging. But, having not seen six of them in 30 years, it’s like when my kids watch Star Wars and then The Last Jedi back-to-back and can’t believe that Luke Skywalker is played by the same person. Also, I think Becky — unsurprisingly — may be the Trumper among them. Ugh.

I don’t have a strong recollection of the first season, except that I am 90 percent sure that the series edited Kevin Powell unfairly for introducing conversations that we should have been having 30 years ago. I bet it’s the reaction to those conversations that doesn’t hold up particularly well now.

I am almost shamefully more interested in this than I thought I’d be, in part because I want the series to revisit some of those old controversies and reveal the assholes for who they were then. Also, because I am intensely curious about why Eric Nies only appears via video. From the NYTimes:

Eric Nies, the fashion model who parlayed his “Real World” fame into hosting roles on MTV programs like “The Grind,” said that he made it as far as a New York hotel room and was never actually able to set foot in the SoHo loft for “Homecoming.”

Asked why, Nies said in a phone interview, “I’m not sure how much I can get into that right now.”

Nies, who was able to communicate with the other housemates over a video monitor, elliptically added that the circumstances of his separation were “definitely not by my choice, but I accepted the outcome — more will be revealed in the future.” (MTV declined to comment on this.)

Are they being intentionally vague, or is this about COVID-protocols? Or is there something else at play? Either way, I guess I’ll be subscribing to Paramount+ next week. I mean, where else am I going to watch Real World and the new Beavis and Butthead movie?


← Review: Steven Yeun Leads a Pitch-Perfect Ensemble Cast in the Hilarious and Heartbreaking 'Minari' | Who Is Trish? Reba McEntire Unravels This 'Barb And Star Go To Vista Del Mar' Mystery →