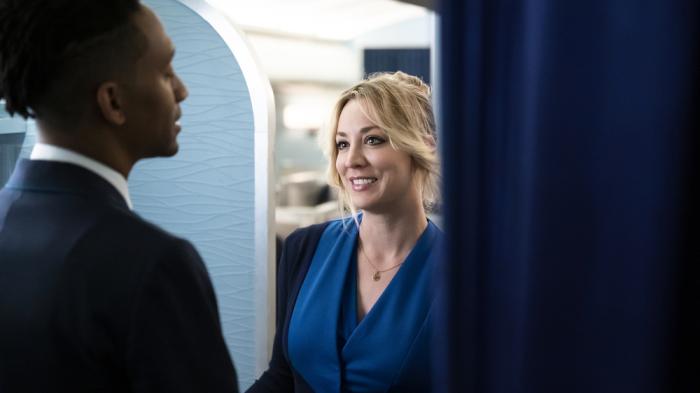 Last week we published a bunch of our TV Top Ten lists, and there are a lot of shows covered on those lists because 2020 was a terrible year in a lot of ways, but its TV game was on point. This unranked list is not necessarily the shows that just missed our Top Tens, ‘cause that’s not fun. What is fun, however, is each thing listed below (well, mostly). These are the miscellaneous things we watched on TV this year that may not have been one of the best things we watched, but god damned they were fun.

Middleditch & Schwartz — As the show continues, something magical happens, as it does in all great improv — at a certain point, you forget that you’re watching two people alone on a stage, and before you realize it, you’re along for the ride, emotionally invested in the lives of these absurd characters you’ve just met. The proximity of (most of) the cameras and the well-paced editing help build the frenetic energy that a Middleditch & Schwartz show has in person, and in doing so, the specials are able to translate the feeling of being in the audience to the home experience. —Dan Hamamura

I don’t think I laughed more this year than during the three hours I spent watching Middleditch & Schwartz and that easily makes this show a 2020 highlight. —Seth Freilich

Castlevania — If you’re a fan of the source material then Castlevania is the perfect blend of faithful and inventive that makes for a fun viewing experience, complete with Easter eggs and a genuine love of the games. For novices, the story and characters remain gripping enough to hold one’s interest. While the series is light on laughs - except for sardonic Trevor and sullen Alucard’s fan-fiction ready sniping at one another - the overall experience is one of surprising emotional resonance. —Kayleigh Donaldson

Fear the Walking Dead — The sixth season of Fear the Walking Dead may be the most improved series I have ever seen, and that’s not an exaggeration. Fear has never been a particularly good spin-off (save for an eight-episode run in season four), but its 5th season may have been one of the worst seasons of television I have ever seen. And yet, by making some tweaks, namely centering each episode on two or three characters and telling stand-alone stories, the showrunners completely turned it around and transformed the front half of the sixth season into one of my favorite seasons of 2020, thanks in large part to the fact that they finally let Lennie James fully lead the series. —Dustin Rowles

Save Me — Speaking of Lennie James, he created, wrote, and starred in a British series, Save Me, that Peacock picked up over here to help fill the content void on their new streaming network. It’s two seasons (six episodes apiece), the second of which aired in 2020, and it’s about a barfly (James) whose estranged daughter goes missing. James’ character is initially suspected in her disappearance, but he quickly ends up leading his own investigation. It’s a missing kid thriller, and while it is not a fun show, it’s not quite as bleak as most British series of this ilk, in part thanks to James (and Stephen Graham), and for The Walking Dead fans, it’s a real treat to see him in a different role. —Dustin Rowles 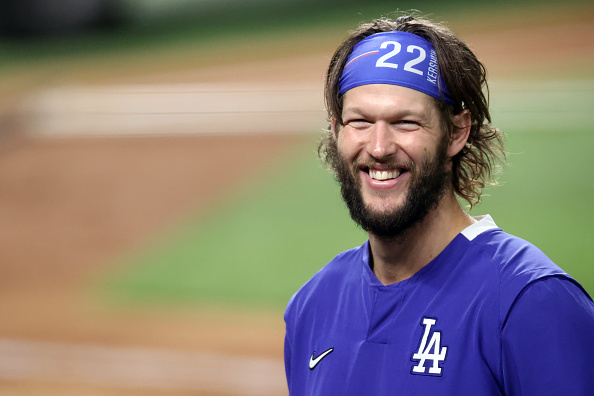 The 2020 World Series — Even though it was, by all accounts, a pretty good year of television, few things gave me more of a sense of normalcy than the return of baseball, culminating in the 2020 World Series (which, for obvious reasons, I found to be enjoyable). Despite the strange, shortened season and the lack of fans, playoff baseball still mostly looked and felt like playoff baseball, and helped fill that TV gap between the summer and the delayed start of fall television. And while my beloved Dodgers still managed to find a way to lose a game in a very heartbreaking, here-we-go-again fashion, it also allowed Clayton Kershaw, one of the greatest pitchers on the planet, to finally get the “he can’t win the World Series” stink off of him with one gem of a game and one scrappy, fighting for every out game, culminating when he caught Manuel Margot trying to steal home in game 5, a series (and possibly legacy) altering moment. —Dan Hamamura

Even though I’ve lived in LA for multiple decades now and love this city that I call home, I hate the Dodgers. So I wasn’t exactly rooting for them to win the Series as much as I was just rooting for a good series. And while the ratings were trash, those who did watch got a great Series. Just fun, good baseball. Sports this year has been … weird, to say the least. But man, that World Series was the shit. Also, I do take a strange joy that both my hometown (Philly) and adopted hometown have their most recent World Series wins against the Rays. —Seth Freilich

The New Pope — I’ll say this much: Any show that starts with Jude Law getting a sponge bath so steamy that his caretaker needs to go lie down afterwards certainly knows exactly how to hook me.” —Tori Preston

Jeopardy - The Greatest of All Time — Losing Alex Trebek this year sucked. But before he left us, in addition to banking a ton of final episodes, he managed to give us one of the most fun and exciting things of the year, a tournament between three of the all-time great champions. This show was as much a tribute to Jeopardy itself and everything Alex Trebek did for that show (and us) over the decades as it was to those three greats. It also happened to give me my single favorite television moment of the entire year. — Seth Freilich

The Flight Attendant — The Flight Attendant is definitely the hour-long series I had the most fun watching this year, thanks to a really compelling mystery (that wraps up in a satisfying manner), a newfound appreciation for Kaley Cuoco, and a love of the great supporting cast, including Rosie Perez, Zosia Mamet, Michiel Huisman, T.R. Knight, and Michelle Gomez. Most action-thrillers take themselves way too seriously, but The Flight Attendant is an absolute blast and strikes the exact right tone. —Dustin Rowles

Taste the Nation — I’ve had a void in my heart ever since Anthony Bourdain’s passing and I’ve longed for someone to come close to taking his place. David Chang checks some of the boxes and while I love Ugly Delicious and enjoy much of his podcasting, there’s still something missing. The closest I’ve come to filling that Bourdain void turned out to be Hulu’s Taste the Nation. Padma Lakshmi is known to many TV food lovers because of Top Chef, obviously, but she’s next level on Taste the Nation. Smart and funny and, most importantly, having fun while also trying to do some important work and highlight some important and underrepresented cultures and food. I hope this show runs for years and years. —Seth Freilich

We Are Who We Are — A recap podcast or website column is at its absolute best when it enriches your viewing experience, whether it’s a show you love, hate, or are indifferent to. Which I mention because We Are Who We Are is why we said in the intro that these shows were only mostly fun. In fact, I didn’t much care for the show at all, as a standalone thing. Yet I stuck with it because after watching each episode, I very much had fun listening to friend-of-the-site Joanna Robinson and Richard Lawson break it down on Vanity Fair’s Still Watching podcast. Hearing them breakdown what they thought the show was trying to do, and unpacking it all, was a weekly treat. —Seth Freilich

The Wilds — I’m not sure that this show is any good at all. It might be straight terrible. But with vibes of Lost by way of The Society, it sure as a hell was a fun December binge. —Seth Freilich

I thought it would be a much bigger series than it has been, so far (but maybe more folks will find it over the break), but Prime Video’s The Wilds is probably the best take on Lord of the Flies I’ve seen in recent years (and that includes Society, The I-Land, and Mike Bockoven’s novel FantasticLand). It’s about a group of teenage girls dealing with their own problems whose plane crashes, leaving them stranded on an island. It turns out, they’re unwitting participants in an experiment to see how women might behave without the pressures of the patriarchy. It’s a great cast (Rachel Griffiths and a bunch of unknowns) and one of the more addictive binges I’ve watched this year. —Dustin Rowles

Love Life — Anna Kendrick has been something of the Queen of streaming networks, premiering in a new series on Quibi (Dummy), a movie that premiered along with the rollout of Disney+ (Noelle), and HBO Max’s first original series, Love Life. It sort of got buried in the pandemic this year, but it’s a really fun, contemporary Sex and the City-like series about a thirty-something mess (Kendrick) trying to find love in the city. It is … effervescent, and features a great cast, especially the scene-stealing Jin Ha. —Dustin Rowles 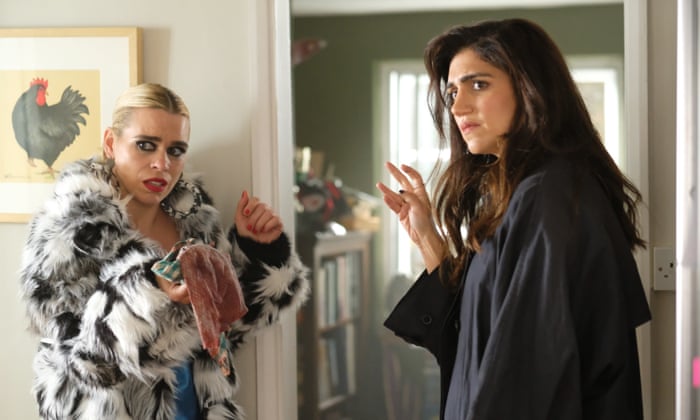 I Hate Suzie — I watched Billie Piper’s terrific HBO Max dramedy over the course of two nights, and although I didn’t feel comfortable writing about it, Suzie is absolutely terrific. Created by Billie Piper and Lucy Prebble, it’s about an aging actress (Piper) best known for a sci-fi role (like Piper herself) whose phone is hacked and pictures of her blowing a man who is not her husband are leaked. The eight episodes mirror the stages of grief, as she tries to deal with the fallout in her marriage, with her best friend and manager (Leila Farzad), and with her career, where she loses a role and is forced to give up another while there are no consequences for the man in the images. The series dabbles in the same terrain as Fleabag and I May Destroy You, and it is funny, it is heartbreaking, and it is powerful as hell. —Dustin Rowles

← This One's For The Theater Kids: Twitter Reacts To Broadway Bro Challenge | The Greatest Christmas Song Ever Is About A Hippo. Fight Me. →