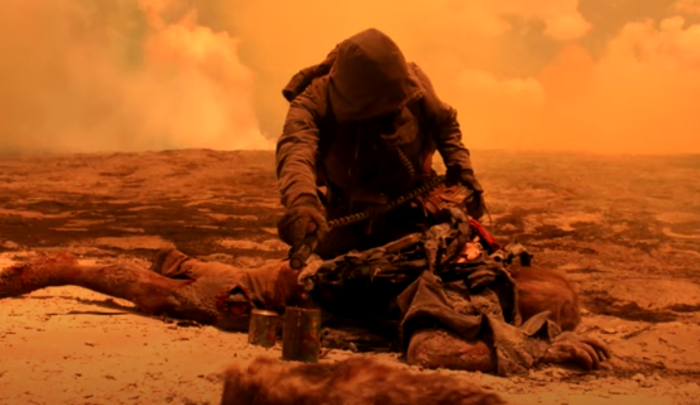 The Experimental Arm of 'The Walking Dead' Universe Goes for Broke

I have had a lot of issues with The Walking Dead spin-off, Fear the Walking Dead, over the years. They have had an uneven run, to say the least. Some really good seasons, and some of the worst seasons on television. There’s one thing I will say for Fear, however: It’s willing to try new things. The Walking Dead basically repeats similar arcs with different villains over and over, but Fear at least tries something new every season.

It’s not always successful. The half-season set in the ocean with water zombies? Not a great idea. One season they also set it at the Mexican-American border and tried — with mixed results — to draw parallels with immigration issues. They’ve tried documentary-style episodes. They’ve moved from California to Mexico to Texas. In the last season, they started telling episodic stories with serialized elements, and for the most part, it was really good.

It did, however, lag near the end of the season — save for a terrific villainous turn from John Glover — as it set up the seventh season, and while I don’t know if this season is going to be any good, I know know that the series is taking another huge swing. Why? Because they’re setting the zombie apocalypse in a nuclear holocaust. I have no idea how the characters will survive goddamn radiation poisoning, especially after one character suffering from radiation poisoning already gave birth to a stillborn baby who had absorbed all of the radiation (y’all, it was grim).

Fear, for the record, also has the best pure actor currently in the universe in Colman Domingo.

Fear the Walking Dead returns for its seventh season on October 17th.


← 'The Chair' is Unwilling to Acknowledge Its Greatest Adversary | 'Ted Lasso' Episode 8 Recap: I Will Be Your Father Figure →