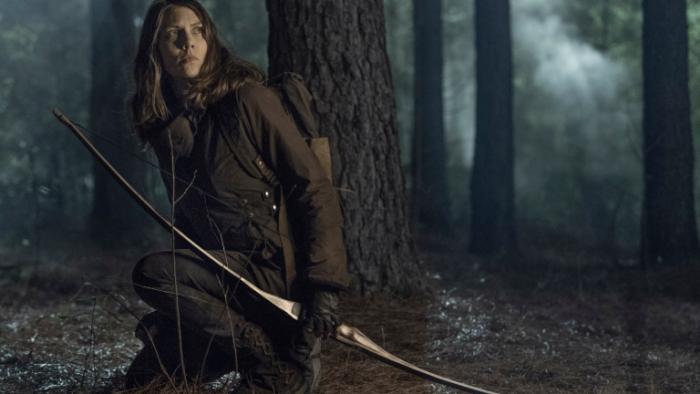 'The Walking Dead' is Cooked

There’s aren’t many, but most successful shows that manage to run for over a decade are typically tied in some way to the news cycle: Law & Order, The Simpsons, and even The Good Wife/The Good Fight. Current events and changes in culture allow shows like those to evolve alongside those changes.

The Walking Dead is in its 11th season, and by its nature, it’s largely isolated from real-world events. There’s no culture to reflect in The Walking Dead. It’s a relatively small universe that takes place within and around Alexandria, Virginia, and they can only people it with so many characters, given that it takes place during the zombie apocalypse.

The storytelling options are limited, and The Walking Dead has been telling similar stories over and over for 11 years now: There’s a threat — zombies, disease, cannibals, cults, and other psychopaths — and that threat has to be defeated. People die along the way, and new survivors replace them. Some of those arcs have been great; some have not.

The existing Reapers storyline feels overly familiar. It’s an army of bad guys who apparently kill indiscriminately, like Gareth and his community of cannibals in season five or The Wolves, the primary antagonists in season six. The Reapers, aside from the fact that they’ve killed half a dozen redshirts, are mostly a MacGuffin. Maggie, Gabriel, Negan, and Daryl must get through them in order to find food to feed folks back in Alexandria. Sound familiar? If so, it’s because it’s another supply-run arc. I don’t know if we will ever explore the motivations of the Reapers because those motivations aren’t important.

The story being told here is mostly about Maggie and Negan, and everyone else is collateral damage (last week, we were introduced to four members of Maggie’s old community that I didn’t bother naming because I assumed they’d be dead within weeks. It took one week). The Reapers are the danger, but the conflict is the tense relationship between Maggie and Negan. What happens when the only thing standing between one man and his redemption is the wife of a man you brutally murdered? Likewise, what happens when the only person that can help you save an entire community is the man who killed your husband?

The tension between Maggie and Negan is honestly the only thing that’s really clicking right now. Three episodes into the season, and even it’s starting to feel repetitive. “Why are we going on this suicide mission, Maggie?” “Shut up, Negan. No one asked you.” There’s a lot of tension — and honestly, I wouldn’t be surprised to see a hate-and-grief f**k between those two — but it’s only now getting really interesting because the last three episodes were basically designed to separate Maggie and Negan from the rest of the group. Now, we will find out what happens when two people who hate each other are forced to work together for the greater good. It works to the extent that it does mostly because Jeffrey Dean Morgan is a better actor than the material he is given.

One of the possible casualties in that storyline is Alden, who is left behind in a church that looks familiar - the show also occasionally repurposes old locations — because he’s injured and he’s slowing down Maggie and Negan. Even regular viewers probably wouldn’t guess that Alden (played by Callan McAuliffe) is one of the longest-serving members of the cast these days. He’s credited with 68 episodes. I still have to look up his name after every episode he’s in, so his death — or miraculous survival — probably won’t register much emotion.

The other storyline in this week’s episode involves Carol trying to cope with her emotions, which is a storyline we’ve seen 20 times already on The Walking Dead, half a dozen times with Carol herself. Alexandria has no food, and the horses go missing, and they need those horses to track down supplies. Carol takes a group out to go full Yellowstone. They spend a lot of time tracking horses, some of which they find that have been killed by zombies, and others of which they discover are ready to come back home.

It’s not really about the horses. It’s about Carol trying to exorcise the guilt she feels after her last bout of grief led to the disappearance of Connie (Lauren Ridloff). Carol is only one of two remaining members from the opening season of The Walking Dead, and she has lost a husband, a daughter, two surrogate daughters (one of whom she had to kill), a surrogate son, a boyfriend, and countless close friends. I honestly have no idea how she continues to wake up every morning. On the other hand, Connie’s disappearance is, like, 15th on the list of Carol’s tragedies. Hunting down horses, however, is hardly an exciting way to cope, and here it’s a pretty lousy use of Christian Serratos, Nadia Hilker, and Angel Theory, all forced to play supporting roles in Carol’s All the Pretty Horses.

Not to be an asshole, but the writers had a year-and-a-half to come up with these scripts, and to hear it from interviews, they spent the entire pandemic writing them. I can hardly blame them, though. I think this is why Robert Kirkman so abruptly ended the comic series when he did. He’d been saying for years that he could continue the series indefinitely — that the comics would outlive the TV show — but at some point, he must have realized, “There’s nothing left here to say. There’s nowhere else to go.” Rather than write another variation on the same theme, Kirkman decided to call it quits.

The television series is wise to do so, itself. There are still 21 miles of track left, but the train is all out of steam.