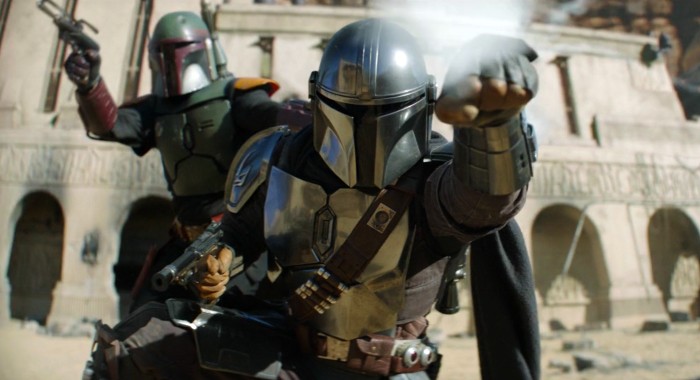 Thank God 'The Book of Boba Fett' Is Closed

Previously on The Book of Boba Fett: In yet another The Mandalorian-heavy episode, Mando (Pedro Pascal) flies to the planet where Grogu is set to become the first student in Luke Skywalker’s (a series of ones and zeroes) new Jedi school. However, Mando is intercepted by Ahsoka (Rosaria Dawson) who convinces him that seeing Grogu will set the little guy behind on his training and only make things harder on him. It’s a gut-wrenching moment for Mando who can literally see his green son just across the way, but he doesn’t relent on at least leaving behind the Beskar gift made by The Armorer. Several adorable training montages later, Ahsoka brings the gift to Deep Fake Luke who reveals that Grogu’s increased Force usage is mainly him remembering as opposed to Luke actually teaching him. Luke also has no idea what the heck to do with the gift Mando left behind, and when he asks Ahsoka what to do, she says, “I dunno, trust your instincts?” and literally peaces out. Even the characters in this show want the f*ck outta here.

In a stunning turn of events, Boba Fett (Temuera Morrison) actually appears in his own series — Holy shit! — but only for a few minutes so he can silently nod at Mando who’s now back on Tatooine to help fight the Pykes. That is the full, 100% extent of Boba’s contribution to the episode save maybe one eyebrow raise. It was pretty astounding. Anyway, now that he’s on planet, Mando zips over to Freetown where he asks Cobb Vanth (Timothy Olyphant) if the citizens will fight against the Pykes, who are clearly looking to expand their territory. Vanth reluctantly agrees, but before he can rally the town, he’s gunned down by Cad Bane. The townspeople are warned to stay out of the coming battle, and as long as the Pyke’s spice runs go uninterrupted, Freetown will be left alone. As for Mos Espa, RIP Garsa Fwip (Jennifer Beals) and her cantina, which just got blown to sh*t.

With the final conflict locked in place, the episode pivots back to Grogu and Luke where the little guy is given a choice. Take Yoda’s lightsaber and leave his old life behind to become a Jedi, or accept Mando’s gift of Beskar chain mail and return to him. It’s one heck of a cliffhanger ending, and surely, it’s a story beat that will play out in The Mandalorian Season 3, right? How much more of this show is going to be about a completely different show?

While Mando and Boba Fett’s entire organization, which solely consists of Fennec Shand (Ming-Na Wen), the Electric Scooter Gang, and Krrsantan, hole up in the bombed-out ruins of Garsa’s cantina and prepare for the coming battle under the assumption that Cobb Vanth is on the way with more fighters, an X-Wing lands at Peli Motto’s (Amy Sedaris) hangar. While we, the audience, assume it’s Luke. Peli thinks it’s a New Republic officer here to give her some guff. Instead, it’s neither, as Grogu pops his little head up out of the cockpit.

It’s a moment that I repeatedly play over in my head because it’s so hilariously dickish. Clearly, Grogu chose Mando over becoming a Jedi, and in return, Luke Skywalker, Jedi Master, dumped him in an X-Wing and had R2-D2 fly him to Mando like he’s delivering a pizza. Couldn’t even be bothered to do it himself. I love it.

With the Mando and Grogu reunion on track because, at this point, it’s the only compelling thing happening on this show, welcome to an almost solid hour of painfully anti-climactic battle scenes wrapped up with a predictable ending. Grogu is goddamn TV gold, and not even he can paper over how meaningless this entire episode feels. It is easily in the bottom two of the whole series. I know there’s some bitching happening online about characters doing Desperado-like spins (Robert Rodriguez directed the finale), and I can assure you that shouldn’t even be on the radar of issues. That’s not the problem here. 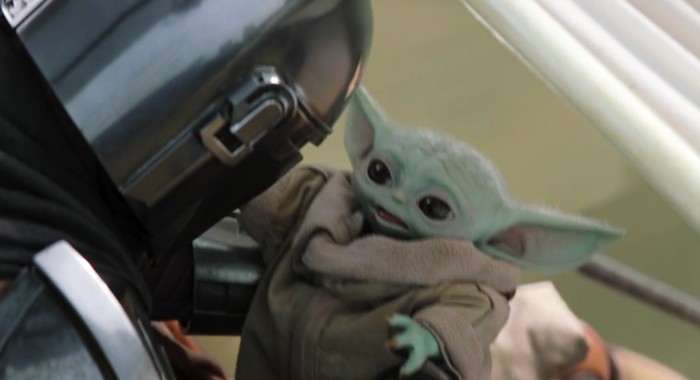 Throughout The Book of Boba Fett’s run, the looming question has been what the hell is this show even about and what is it saying about Boba Fett? The answer to both is nothing. After the past two episodes completely switched over to The Mandalorian, it made the lack of meaningful stakes in Book of Boba Fett all the more jarring. I mean, Christ, in the final episode, Boba is still such a shit crime lord that Fennec actually has to inform him that most of his money comes from spice! Jon Favreau actually sat down and wrote lines of dialogue where Boba is, again, a clueless idiot. When the main character of your series doesn’t give a f*ck about what he’s doing, why should we? They seriously should’ve titled this thing, “Dunning-Kruger in a Helmet.”

I mean, look, if you enjoyed the finale with its Cad Bane showdowns, giant force field robots, and Rancor-riding, I truly, genuinely do not want to take that from you. Go with God because I am going to look under this thing’s hood and poke around.

Some of the early praise I saw for this show after its first two or three episodes streamed is that, finally, Star Wars was fleshing out Boba Fett and giving him a backstory. Did it though? For starters, Boba Fett already had a canonical backstory that was seen in both Attack of the Clones and The Clone Wars. Literally all The Book of Boba Fett did was fill in the short gap between Return of the Jedi and The Mandalorian, and not with much.

Boba Fett escaped the Sarlacc. He met some Sandpeople. They died. He got his ship and armor back then took over Jabba’s operation by simply strolling up to Bib Fortuna and shooting him in the chest. Later, he had to shoot some more people with his buddy Mando, and it all worked out.

That’s the entire Book of Boba Fett minus the two episodes when it became The Mandalorian. As for what the show told us about Boba Fett as a character? Not much either! Because, again, all we did was some time with him during a very brief period in his life where he decided to switch jobs, and not very well. There were flashbacks to his dad leaving to hunt for bounties when he was a kid, but absolutely zero thematic reason for any of that, which is making me even madder just thinking about it. Seriously, what was the point of those?

Without getting too in the weeds here, because I honestly can’t wait to never talk about this show again, there was a very weird thing going on where people complained about the “Disney-fication” of Boba Fett. And I definitely get where they’re coming from. For the first few episodes, he did seem very toned down and nothing like the badass that fans had experienced in the books, comics, and video games. And to be fair, the nerds got a lot of unfair heat for expecting that type of character, but it’s not like they pulled it out of thin air. It’s what Lucasfilm has been serving them since the ’90s!

But to get to my larger point here, the idea that Disney was making demands to sanitize Boba Fett doesn’t track because there was plenty of violence in the show. Christ, Mando cleaved a dude in half with the Darksaber. Not to mention Boba Fett slaughtered an entire speeder bike gang with his spaceship and stabbed a hole through Cad Bane. Concerns of Disney neutering characters is the wrong thing to worry about. The bigger issue is a trend that you can see happening in Season 2 of The Mandalorian.

The Marvel-ization of Star Wars.

Never has that concern been more palpable than in The Book of Boba Fett. In fact, if I’m being honest, every Disney+ show has been an exercise in over-saturation. There are just too many of them, and while Marvel has a ridiculously large enough roster than it can take some hits, Star Wars is a far more delicate package. And it’s not a good sign that I’m already feeling franchise fatigue after just one spinoff. 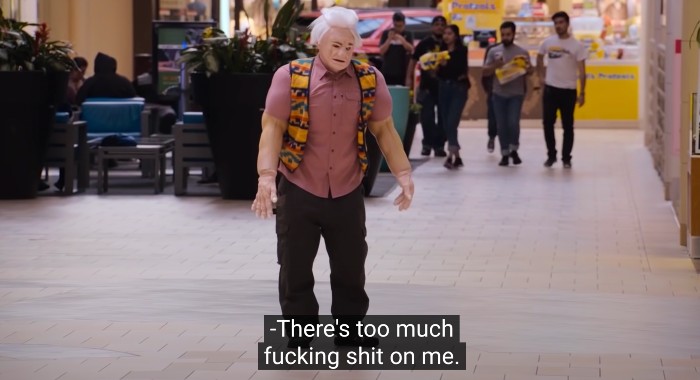 See you all back on Tatooine, again, for Obi-Wan Kenobi. Should we start taking bids on how many backdoor pilots (Ahsoka, calling it) they’ll squeeze in now or wait until April? You know where to find me.

← Review: Netflix's 'All Of Us Are Dead' Doesn't Need A Second Season, But It Deserves One Anyway | 5 Shows After Dark: 'The Girl Before' Premiere HBO Max, 'Winter Olympic Games' on NBC →