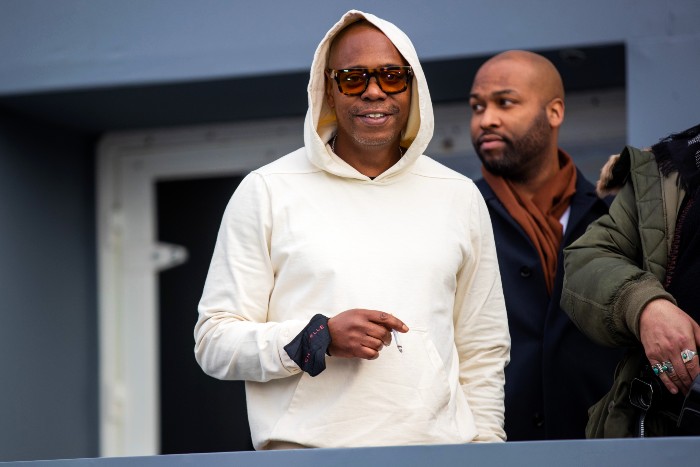 The Dave Chappelle Shut Down Affordable Housing Thing Is Complicated

You guys know me. I’m not some huge Dave Chappelle head, falling on swords for the guy, and defending his outright transphobic Netflix special. That said, I’m also not huge on our side pushing half-baked narratives built for Twitter that end up blowing up in our faces once the facts are in, which is why I haven’t touched the whole affordable housing debacle. The story went viral yesterday thanks to a not great looking video of Chappelle throwing his weight around, but since it hit, there have been conflicting reports. Specifically, that the developers were barely providing the housing it promised and that the whole thing seemed shady from the jump. I could be very wrong, and Chappelle could be a full-ass NIMBY, but it never hurts to be fully informed before trying to land dunks. (New York Post)

Prince Charles got COVID again, and apparently, he was around the Queen while he was contagious. Imagine how stoked Prince William must be right now. (Dlisted)

Donald Trump allegedly flushed government documents down the toilet during his time in the White House, and this is the guy that half of the country still thinks should be president. Whee! (Celebitchy)

In the newest edition of her newsletter, Kayleigh looks into Meg Ryan, In the Cut, and one very awkward interview. (The Gossip Reading Club)

From Nicole: This is genuinely very sweet. “Philadelphia Eagles free safety, Anthony Harris, stepped up to make an 11-year-old girl’s dream come true by taking her to her school’s daddy-daughter dance after she lost both her father and grandfather last year.” (ABC World News)

From Andrew: The legacy movie we NEED:

An abandoned house. A kid with a torch searches.

A piano plays Daddy Would You Like Some Sausage.

He blows dust off some papers. X-Ray Cat. Zebras In America.

Old Tom Green steps out the shadows. His suit is backwards.

Snoop Dogg is being sued for sexual assault. (Vulture)

Seth Rogen has no idea why Hollywood wants regular people to give a shit about the Oscars. “No other industry expects everyone to care about what awards they shower upon themselves.” (Insider)

Disney+ just put the Beauty and the Beast prequel show that nobody asked for on the backburner. Maybe leave it there. (AV Club)

Blauracke found Immune by Philipp Dettmer through her favorite YouTube channel, Kurzgesagt – In a Nutshell. "What I love most about the channel is the same thing that makes this an amazing book; it is the ability to explain the most complex topics in a way that almost everyone can understand and enjoy." Where do you get your science information? (Cannonball Read 14)

And to commemorate the end of The Book of Boba Fett, even though it frustrated me so, here’s a pretty great little video that will only hit with maybe ten of you. I’m incredibly great at my job. (H/T Sara_Tonin00)