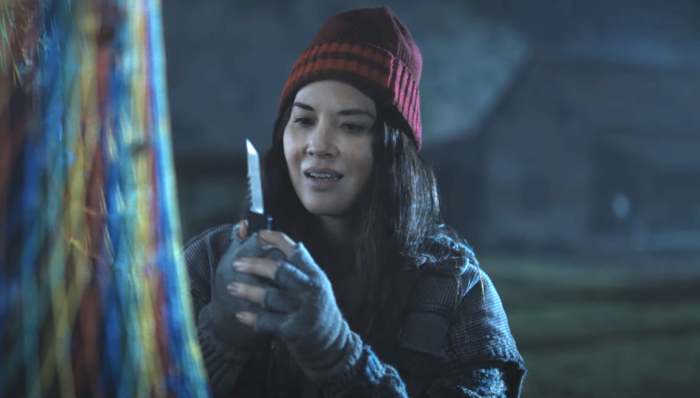 As your resident The Walking Dead expert, I’ve seen it all, and to be honest, a lot of it is not very good. The Walking Dead was good from seasons 1-6, 9, and the parts of season 10 shot before the pandemic; Fear the Walking Dead was good for half of season four and most of season 6; and The Walking Dead: World Beyond was a profound waste of time. The Rick Grimes movie is reportedly still in the works, although I don’t believe it anymore because the Daryl spin-off (sans Carol) is set to take place in Europe, where I expect he will reunite with Grimes. There’s also the Maggie and Negan six-episode spin-off set in NYC next year.

AMC+ is putting out some solid non-The Walking Dead content of late: Darks Winds, which ends its first season this weekend, is very good, and Moonhaven — a sci-fi series from the folks behind Lodge 49 — is at least intriguing. Plus, This Is Going to Hurt is one of the best shows of the year, while the network’s second-best series, so far, Gangs of London is due back soon.

In the meantime, we have Tales of the Walking Dead, a six-episode anthology series set in the world of The Walking Dead, although it will largely center on characters we have not seen, played by a lot of recognizable faces: Parker Posey, Jillian Bell, Anthony Edwards, Poppy Liu, Olivia Munn, Terry Crews, and Samantha Morton, the latter of whom is the one returning character (her story will be a prequel for her TWD character, Alpha). We have seen a few snippets here and there, but this is the longest trailer we’ve seen, so far (although, we can expect more at Comic-Con later this month).

It looks … fun, although for me, it may just be a neat opportunity to see brand new characters inhabit the same increasingly stale universe I’ve been watching for the past 12 years.

Tales of the Walking Dead kicks off with two episodes on August 18th.