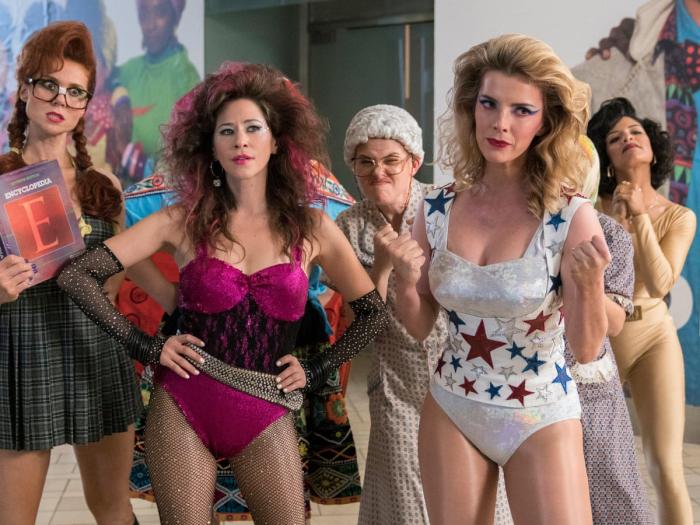 Serious Question: When Is the Last Time You Watched Netflix?

With the exception of the mediocre family comedy Yes Day, that decent Amy Poehler teen movie, and the odd new episode of Nailed It! with my kids, I haven’t spent much time on Netflix lately. I think my last Netflix binge was Bridgerton and before that the underwhelming Sarah Chalke/Katherine Heigl series. The last great Netflix binge was probably Lupin. I have spent far more time this year watching HBO Max, Apple TV+, and Hulu.

I’m not alone. In fact, shares of Netflix dropped 10 percent yesterday after they reported that they’d only added four million new subscribers in the first quarter of 2021 (they had predicted 6 million). Now they’re only predicting an additional 1 million subscribers in the second quarter (down from an initial estimate of 4 million). Netflix is still the largest streamer in the game, but after an initial pandemic surge, the offerings on Netflix have dried up. If you look over at the top ten streaming titles on Netflix right now, it looks like the castoffs from the Redbox machine at the Kroger in the bad part of town: Baker and the Beauty, Synchronic, Coco Melon, Dad Stop Embarrassing Me, The Circle, Thunder Force, Why Did You Kill Me, Nicky Nicky Dawn Dawn, Who Killed Sara and The Serpent.

Those aren’t exactly marquee titles. I bet it’d be nice to have a season of Santa Clarita Diet or One Day at a Time or GLOW, The Society, or Everything Sucks or any one of those fantastic series they cancelled too soon. It says a lot that probably the biggest series on Netflix since Bridgerton is the very bad Ginny and Georgia.

Don’t expect Netflix to pull out of the pandemic drought soon, either. Looking ahead to May, the only thing I’m really excited about is Army of the Dead (although, Woman in the Window will likely do well). Meanwhile, three of the biggest series on the platform, The Witcher, You, and Cobra Kai have all been delayed until the fourth quarter because of COVID.

← Seth Meyers Calls Out Republican Book Deals | Reddit Asks the Question: 'What Is Socially Acceptable In the US That Would Be Horrifying In the UK?' →