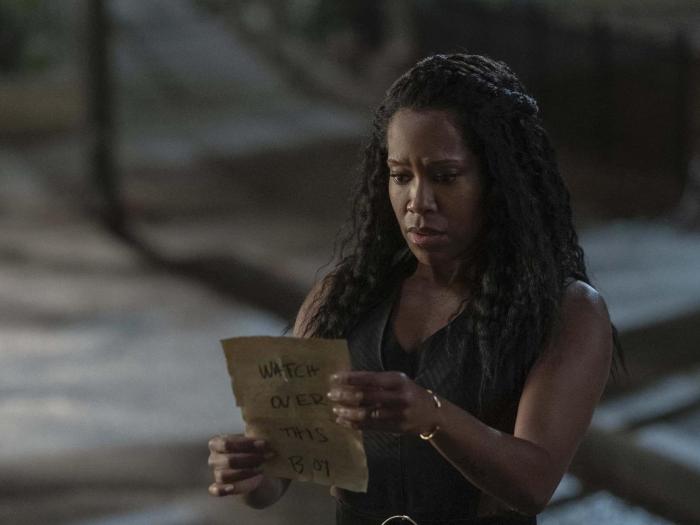 Recap: What the Hell Is Going On in the 'Watchmen,' Episode 2?

HBO’s second episode of Watchmen, “Martial Feats of Comanche Horsemanship,” (a reference to the horse painting seen in Chief Crawford’s home) answers some lingering questions from the pilot, but it leaves more questions in its wake (welcome to the world of Damon Lindelof, y’all!). Primarily, we confirm that Louis Gossett Jr.’s character is Will, the boy who was thrown from a truck escaping Tulsa during the riots in 1921. He’s 105 and appears to have at least some extraordinary abilities, which have allowed him to live as long as he has and also reach into a pot of boiling water and pull out an egg without flinching. 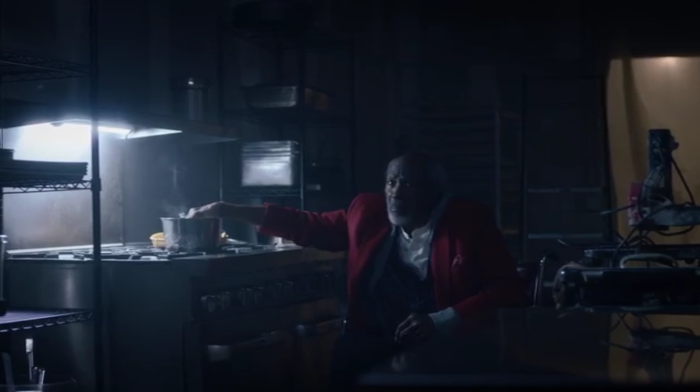 Will Reeves claims responsibility for the hanging of Chief Crawford, although Angela doubts his ability to execute the crime given his age (we also learn that Chief Crawford did not go down without a violent struggle). We also know that Will is Angela’s grandfather, a fact that she only just learned herself after running her DNA through the Redfordations registry, which confirmed Will was a survivor of the ‘21 Riots and that he has two surviving family members, including Angela. This fact does not, however, stop Angela from deciding to at least feign taking Will into the station for questioning, but he’s rescued by a friend “in high places” — in this case literally — as a helicopter airlifts the SUV Angela placed Will in for transport. We also learn that Will’s father was in World War I and received from the Germans a “Coloured Soldiers of the States” flyer, a real-life effort by the Germans to undermine the American military by pitting Black soldiers against America, a country that treated African Americans as second-class citizens. It is on that flyer that the “Watch Over This Boy” message is written by Will’s father.

Will also encourages Angela to do some digging into Chief Crawford, and during a get-together at Jane’s home to mourn the passing for Chief Crawford, Angela finds a KKK outfit hidden in Judd’s closet. The KKK robes leave the audience — and presumably Angela — second-guessing her recollections of the White Night Massacre, which killed numerous police officers and forced the others into retirement. Angela’s partner, Doyle, and his wife were among those killed, which left his kids in Angela’s custody (as well as a custodial nightmare with a racist grandfather played by Jim Beaver). Judd, however, survived the incident (somewhat mysteriously) and was the first person Angela saw when she awoke after sustaining injuries from a shotgun blast. What we are also left questioning is why the Kavalry member Angela didn’t kill opted against shooting Angela, and details about Angela’s husband, Cal, who also managed to escape injury during the White Night massacre. Given the KKK outfit, is it possible that Judd was the Rorschach-masked man holding a gun to Angela’s face before she passed out?

Who killed Crawford, anyway? Was it Will Reeves? Or was the Seventh Kavalry behind his hanging, as revenge for not only Chief Crawford’s recent attack on a Kavalry cell but also for the way he had been able to cripple the Kavalry organization after the White Night massacre? Red Scare and others in the police force certainly think so, as they violently round up suspected Kavalry members from a Nixonville enclave.

I suspect, however, that this has something to do with Senator Joseph Keene, Jr. (James Wolk), the Crawford ally who amended his father’s Keene Act with the Defense of Police Act (DOPA). Joseph’s father passed the Keene Act in 1977, outlawing vigilante superheroes (save for those sanctioned by the police force). In 2017, after the White Night massacre, Jr. passed the DOPA, a law designed to protect police officers by allowing them to wear masks (for transparency’s sake, leadership is not allowed to wear a mask). The Crawfords and the Keenes have history, according to supplemental materials provided by HBO: Judd worked security detail for Keene Sr., while Jane worked for Jr., and for what it’s worth, Jr. is apparently entertaining a run for President. Those are the kind of details — in addition to Angela’s clear reluctance to let Keene Jr. know that she’s working as a superhero for the police force — that might lead one to suspect nefarious motivations on behalf of Keene.

— We are given some more insight into Ozymandias/Adrian Veidt’s The Watchmaker’s Son play. It’s a recreation of Dr. Manhattan’s origin story, as performed by clones. From the Peteypedia, we learn that Veidt is “presumed” dead in three continents, that he’s been missing since 2012, that he had patented technology in pet cloning, and that he has knowledge about the Dimensional Incursion Event that still results in squid rainstorms.

— Among the tidbits in the supplemental materials provided by HBO, we know that Dr. Oz is the surgeon general in our alt-universe, and that Ezra Klein — the co-founder of Vox — is the press secretary.

— The Peteypedia also explains why there is no wireless technology in the alt-universe. Basically, people believe that the Dimensional Incursion Event that caused squids to fall from the sky in 1985 was caused by advancements in technology. However, many people in the present are coming back around to technology because, despite the fact that wireless technology has not been used, there are still squid storms.

— American Hero Story: Minutemen, the Ryan Murphy-like show seen playing in the background on Watchmen, is currently in season two, covering the origins of Hooded Justice, who acted between 1938 and 1955. The theory goes that German strongman Rolf Müeller was the Hooded Justice, and if so, that could connect him to German typist in the cold open, Annika Pampel’s Fräulein Müller, which could thus theoretically connect Will Reeves to The Hooded Justice. Maybe.

— I assume that the photographers with helicopter wings trying to photograph the Crawford crime scene are this universe’s version of the paparazzi.

— We’ll take a deeper dive into details, Easter eggs, and theories from the episode later this week.