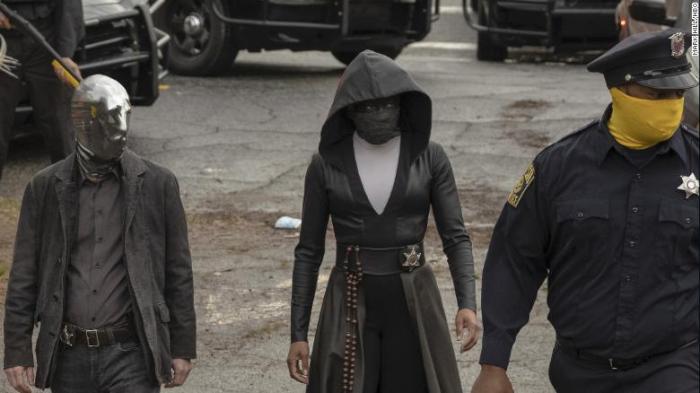 Yarnwallin' The Premiere Episode of 'The Watchmen'

After recapping the opening episode of The Watchmen earlier this week, I’ve been trying to get back around to it to cover some of the smaller details in the episode, the Easter Eggs, and what have you. Again, I have read the comics, but it’s been a while, so I’m sure there’s a lot I may not have picked up on in this episode, and I’m sure those more familiar with the comics spotted several more. The Adrian Veidt sequence, for instance, is a little confusing. All the same, there are several details from the episode I picked up on that I couldn’t resist sharing. It’s going to be that kind of show, and that kind of show is my favorite kind of show. 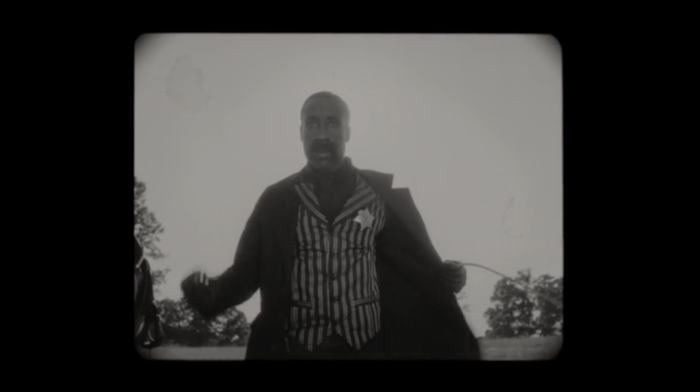 Bass Reeves, depicted in the opening silent film screening in a Tulsa theater, was the first Black Marshall West of the Mississippi, credited with arresting over 3,000 felons. He was from Arkansas (represent!) but also worked in Oklahoma. He may have also inspired The Lone Ranger. 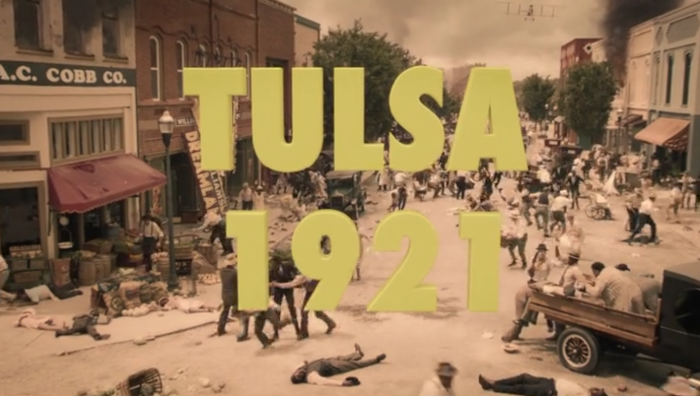 Though many people didn’t realize it when the episode aired, the Tulsa Race Riots were a real thing, and racists did use planes to burn down the wealthiest black city in America. It’s an ignored part of American history, but our Steven Lloyd Wilson wrote about it in detail five years ago. 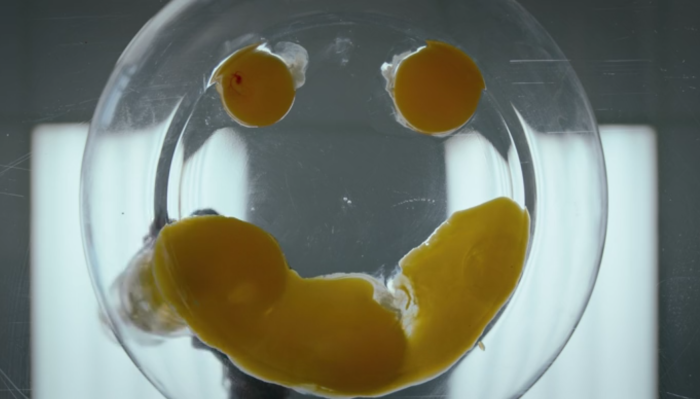 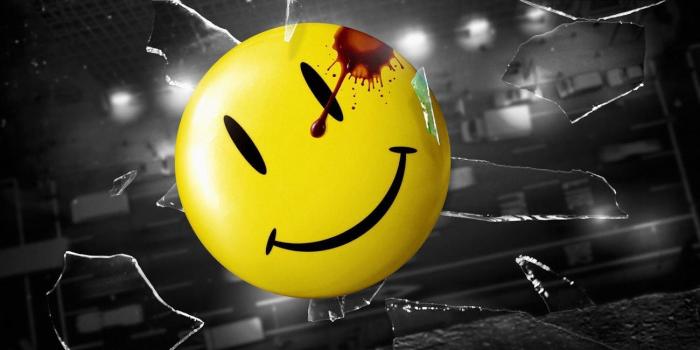 Angela’s cooking lesson about separating the whites from the yolks is not only a metaphor here for what’s at play in the series, but leaves a fun nod to the iconic smiley face in the comics. There was also another nod to the Watchmen logo in the blood spatter on the sheriff’s star after the Chief was hung at the end of the episode. 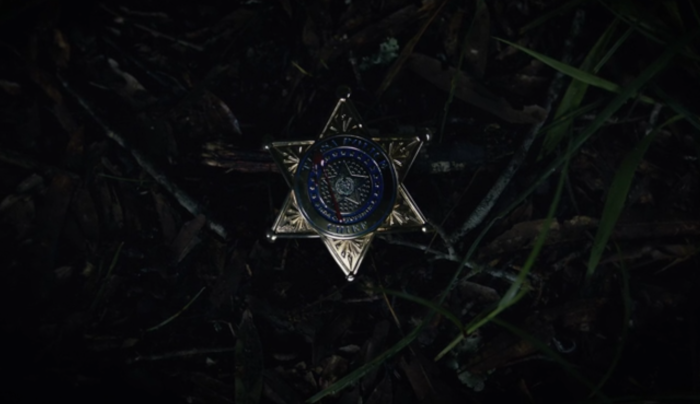 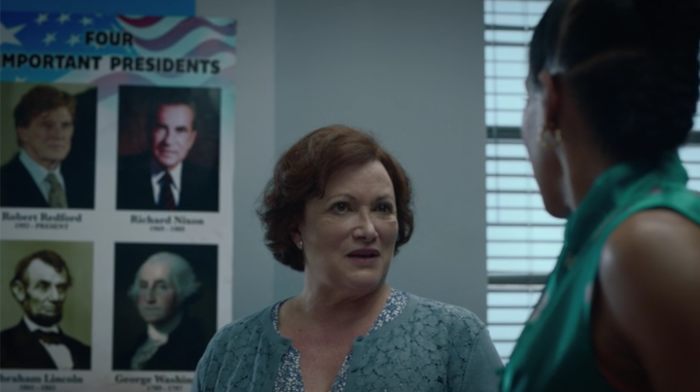 The poster in the background is a nod in this alternate universe to the importance of Nixon — who served five terms — and Redford, who is now a popular President. Nixon was also added to Mt. Rushmore. 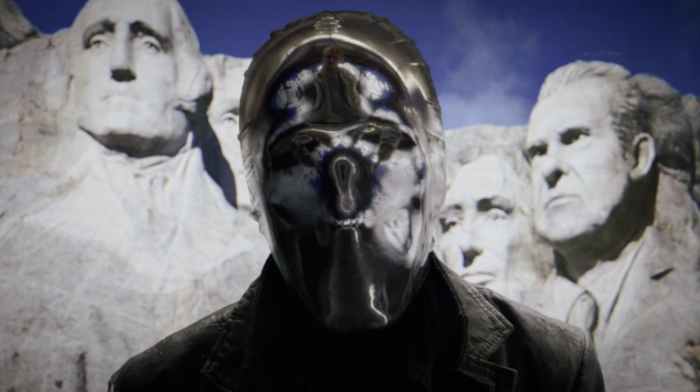 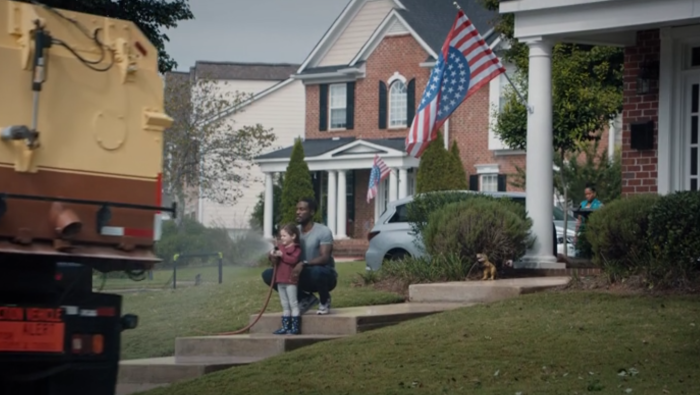 This is the American flag in the alt-universe, where America has added several states, including Vietnam (which is where Angela is from). The cap the racist dude in the beginning was wearing had an old-school flag on it, which I am guessing is a symbol for white supremacy in this universe. One of the Kavalry members in the shootout was wearing a similar cap. 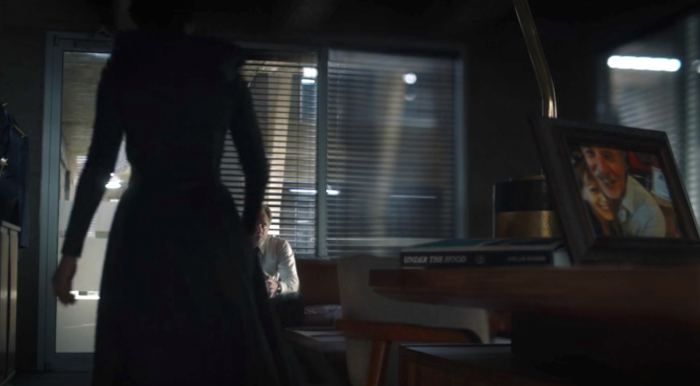 Looks like Chief Crawford is reading Under the Hood, the autobiography of Hollis Mason, also known as The Nite Owl, who also formed the Minutemen, the premier group of superheroes in the 1940s.

The Chief’s air transportation vehicle is also clearly modeled after that of the Nite Owl’s. 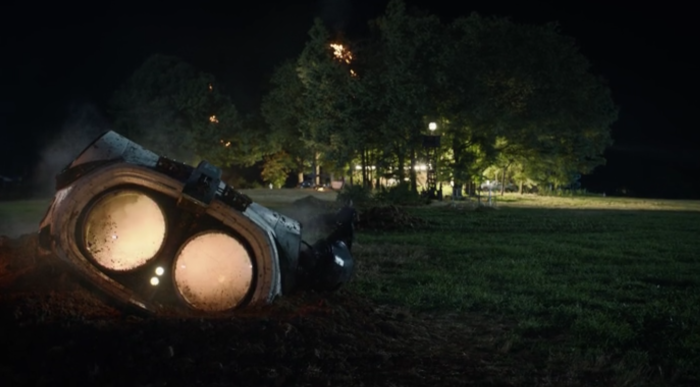 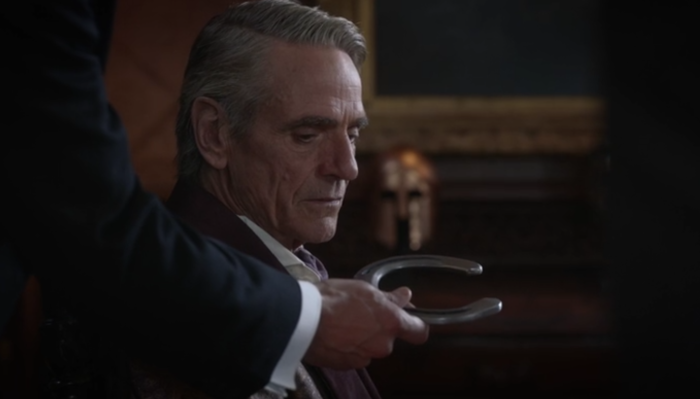 I have no earthly clue why Mr. Phillips handed Adrian Veidt a horseshoe to cut his cake for his anniversary, nor do I know what the anniversary is celebrating. But the play that Veidt is writing, The Watchmaker’s Son, is clearly a blueprint for retrieving or recreating Dr. Manhattan (Jon Osterman, who is Dr. Manhattan in the comics, was the son of a watchmaker). 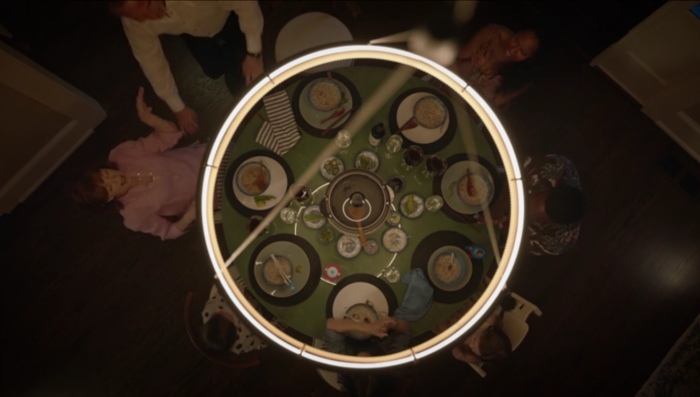 I didn’t notice this until the fourth time I watched, but the table also looks like a clock. Obviously, time and watches and clocks play a central thematic role in the series. Aside from The Minutemen, the Watchmaker’s Son, the old watch batteries being collected by the Kavalry, and their “tick-tock” chant, well, there’s also the title of the show. Note that the Chief — who was on cocaine — also used that “tick-tock” chant in speaking with Angela at the end of the episode.

I think we’re all under the assumption that Chief Judd was up to something nefarious, given the cocaine, the dislike for Black Oklahoma, the fact that he drove to see his injured police officer after saying he’d have someone take him, the fact that he wore his uniform out, and that picture in his closet. 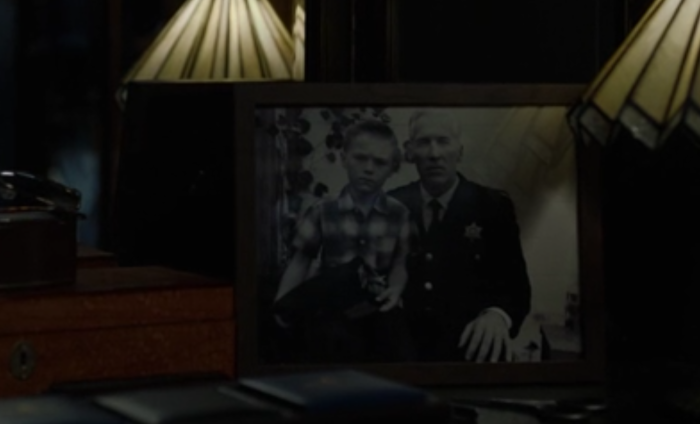 If I were to speculate, I’d speculate that the fella in the cop’s uniform is the same guy we glimpsed in 1921 Tulsa. 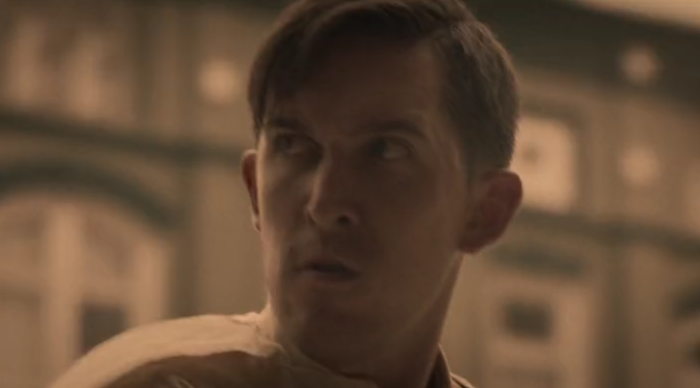 Seth is re-reading the comics this week, and sent me this panel, too, for those of you Lindofiles who want to connect Watchmen to The Lefovers. 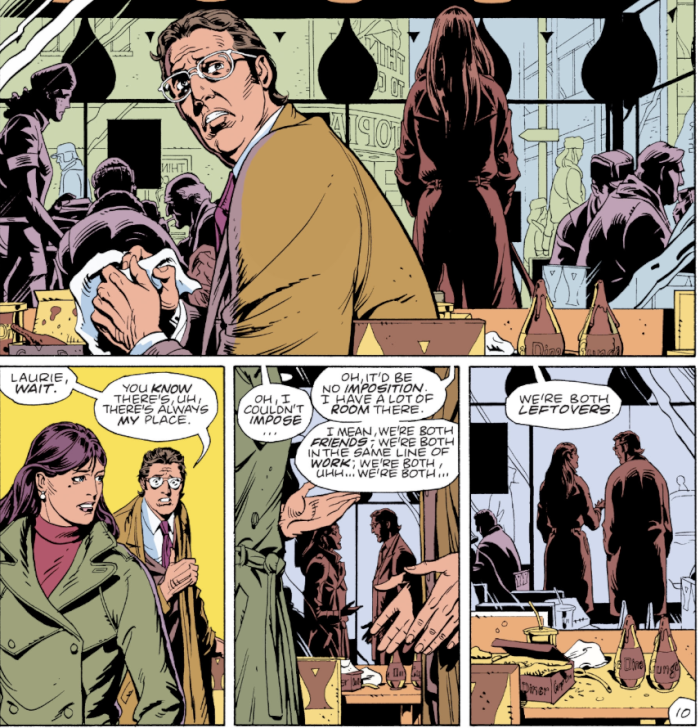 ← What's the Deal with the Marsten House in 'Castle Rock' Season 2? | Stream It Or Nah: There's Room For Season 2 In Netflix's Paul Rudd Comedy 'Living With Yourself' →