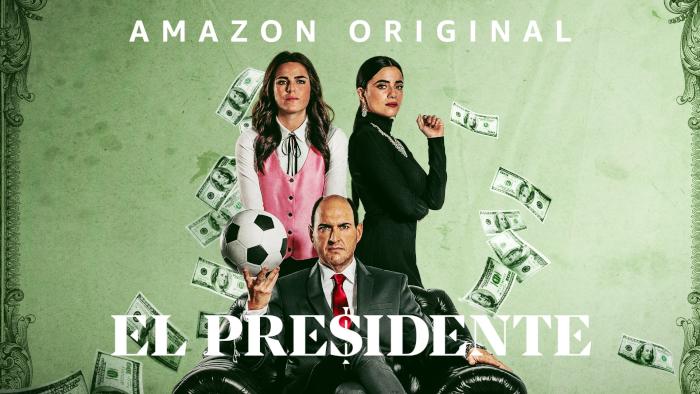 This is the fourth entry on a series of football-themed articles I’ll be writing about this abomination of a FIFA World Cup. Previous articles here and here and here

Looked at from a certain angle, the story of one Sergio Jadue could be read as inspirational: The son of a single mother, he was born in La Calera, the kind of small, almost town-like cities that are too far from the capital to benefit from business but close enough that it suckers in its young professionals. He is a descendant of the important Palestinian community in Chile, but of those that were not able to enjoy upwards social mobility. Like many Chilean Gen-Xers, he was a first-generation University student, but like many of said first-generations, he was unable to finish his law studies, another victim of for-profit Universities.

Back in his hometown, he married a local beauty, Maria Inés Facuse, and established himself as the big fish in a small pond, eventually taking over the beleaguered sports club, Unión La Calera. Under his management, its football team managed to reach the top tier of professional football in Chile in 2010, giving him a ticket within a circle he wouldn’t be able to access otherwise: The owners of the major football clubs, most of them part of the walled-off white Chilean elite. Immediately, he was designated the president of the Chilean Professional Football Association (ANFP), which he would direct until 2015. Under his tenure, the Chilean squad would experience its highest achievements, including qualifying for Brazil in 2014, defeating Spain in the Groups phase, and their first win at the Copa America in 2015, with a further win in the Copa Centenario of 2016, both times against Chile’s biggest foe, Argentina. Throughout this process, Jadue became a key collaborator in the FBI’s investigation of FIFA’s corruption, the main reason he had to step down by late 2015.

That’s what Jadue would want us to believe. When FIFA-gate broke out in mid-2015, it saw a succession of senior officials in South American football arrested. Still, Jadue somehow remained above water, until his resignation was followed immediately by his flying to Miami with his family in tow, signing a plea bargain with Federal law enforcement. Sergio Jadue was just as corrupt as all his fellow South American FIFA officers, he just happened to be a key snitch in the investigation by the SDNY and FBI. A snitch that, apparently, allowed the Feds to bring other snitches into the fold, including the States’ very own Chuck Blazer.

Sergio Jadue’s story was simply too good not to adapt: Instead of fat cats or charismatic music men, the man that broke FIFA’s corruption was a pudgy, balding man with a weaselly voice, owner of a team nobody knew from a city nobody visited. On top of that, he was Chilean, supposedly the single non-corrupt country in the continent. Prime Video adapted it as one of its first major productions for Latin America and released it all the way back in 2020.

There are a lot of great things about El Presidente, mostly in how it applies the Goodfellas-Scorsese framework to cover Jadue’s rise-peak-downfall arch, with all the classic motifs: Frenetic montages; paranoia; characters that show up for a few scenes but become more memorable than MCU regulars; a protagonist willing to embrace a life of corruption and is only sorry he got caught and a mastery of needle-drops that are not obvious. On the other hand, writer and director Armando Bó (co-writer of Iñarritú’s Biutiful and Birdman) had the challenge of using this framework on a character that had nothing in common with DiCaprio’s Jordan Belfort or Ray Liotta’s Henry Hill. Jadue was not an alpha G trying to eat the world, he embraced every opportunity that failing upwards could bring him, starting with being elected ANFP in a Hudsucker Proxy situation, a stand-in for Chile’s Big Clubs in a wider powerplay.

Jadue is portrayed by Colombian actor Andrés Parra (famous for portraying Pablo Escobar in a hugely popular telenovela) with Mexican actresses Paulina Gaitán (Diablo Guardián) as his wife and Karla Souza (How to Get Away with Murder) as Rosario, a fictionalized version of the undercover FBI agents that handled Jadue. Parra’s portrayal succeeds, because at first, it would appear to be one of those gimmicky transformative performances, and not just in physical appearance. For context, there isn’t a tradition in Latin American media of trying multiple accents; actors from one country or region will play actors from said country or region, and there is no harder accent than Chilean. It’s basically Cockney. But Parra powers through it by somehow embracing the self-awareness of the performance: He portrays a guy that did a piss-poor job of pretending he was hot shit. Paulina Gaitán, as Jadue’s wife Nené, struggles a bit with the accent but does a fantastic job being one of those low-rent Lady Macbeths that are sadly common in Chile. Karla Souza has the most thankless job as a beleaguered and isolated FBI agent, but enjoys a great straight woman vs idiot chemistry with Parra.

But the coup de grace of El Presidente, and what sets its tone apart from the Scorsese framework, is its narrator: In a tribute to Sunset Boulevard, the story is told to us by none other than Julio Grondona, played masterfully by Luis Margani. Grondona was the president of Argentina’s Professional Football Federation between 1979 and 2014, the year of his death. The old bastard was one of the most legendary crooks in the history of a country populated by legendary crooks. But unlike other Argentinian crooks, at least he delivered: a World Cup win (1986) and two finals (1990 and 2014). Margani approaches his character in a detached, Cheshire-cat way, a tone of someone who is cynical, but not bitter, coming across as proud of Jadue’s shenanigans.

Through Grondona’s narration, the series rises above being a mere imitation of Scorsese or just the tale of a miserable clout-chaser; instead, it opens its fire on everyone involved in FIFA-gate, in particular, the US’s moral grandstanding when they went after FIFA. Then again, the reason FIFA-gate was so historical is that, for the first time, the entire world actually supported the US bringing down the hammer. FIFA’s corruption had just become too grotesque.

Still, is it morally OK to turn the history of FIFA’s corruption, one that resulted in abject tragedy, into a darkly comedic crime drama? That’s the final touch of how Writer-Director Bó reuses the conventions of the genre. Incorporating a series of meta-moments and being, ultimately, fully transparent about the artistic licenses they took (in a very funny way), they embrace the fact that this is first a work of satire not a call to action, the thing that is up to us. El Presidente reminds us several times that the corruption in football is something we ourselves have allowed; Jadue was a very successful parasite.