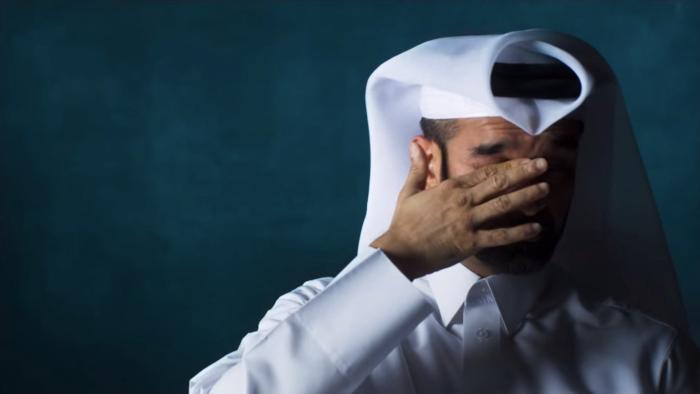 Anti-Qatar 2022: Netflix's 'FIFA Uncovered' Is a Great Introduction to Its History, but Gives Too Much Time to the Crooks' Side

This is the third entry on a series of football-themed articles I’ll be writing about this abomination of a FIFA World Cup. Previous articles here and here.

This documentary miniseries, only four hour-long episodes in length, is one among a deluge of non-fiction content that has been produced in the wake of this World Cup; that is, ever since the moment Sepp Blatter announced Qatar as its host back in 2010. I’ve used variations on that sentence many times before in the previous articles, but it bears repeating that was a lynchpin moment in History, the one that goes capitalized. Because that was one of those moments when the banality of evil proper of the neoliberal era was paraded around us without disguises. In the post-the former guy era, we are now used to seeing the most powerful people on the planet making a spectacle of just how corrupt and cynical they can be ( consider Elon Musk’s very existence), but back then, it broke something, it broke the artifice of civility and future with which FIFA had managed to make people ignore its obvious systemic corruption. It was, in those ways Histories rhyme with each other, the 2016/the former guy-era for International Football. FIFA Uncovered serves as an excellent crash course into its post-1974 history, the moment football became not just the Global Game, but the lifeblood of globalized neoliberalism.

And if you want to understand how banally evil people like Jack Warner, Sepp Blatter, or the Qatari officials can be, this is the documentary you need to see. Because they all participated and were interviewed, on-camera, by the production, alongside with the usual number of insiders, FBI agents, and investigative journalists. This documentary, taking a page from Errol Morris, allows the very crooks that made FIFA what it is today to reveal themselves for the egomaniacal morally empty people that they are. But in there also lies one of the biggest flaws of this miniseries: They give them too much screentime without pushback

I understand what an unavoidable temptation it is to put Sepp Blatter in front of a camera and let that old bastard spin his way around out of being accountable. That’s what the motherf—ker has been doing over the last few months with a degree of chutzpah that would embarrass your average Illinois crook. The problem is that these people have been able to do that for decades on end: They squirrel away even when confronted by a critical interviewer. People like Warner or Blatter need to be confronted by hostile lines of questioning, building to a crescendo where they will inevitably snap and act out, revealing themselves for the glorified crooks they are. The result will inevitably be them walking out of the interview in a hissy fit. That’s good, show that. Get around whatever libel lawsuits might come your way by embedding the production around the more lenient US laws (there has to be an upside to the unnuanced interpretations of the First Amendment). These people will probably never see any legal consequences for the systems they have erected, they are usually well-hid by court deals or simply by living in countries where you are impervious to international law, like Switzerland. Those few minutes of inconvenience, when the bad actor is stripped of his privilege by a few precisely targeted questions, is the closest thing to justice we will get to see.

The production behind FIFA Uncovered had a golden opportunity that they missed. They did great at uncovering FIFA, but they failed at unveiling the character of its bad actors through an inquisitive line of questioning. The most cringe-worthy moment comes when Qatar 2022’s over boss, Hassan Al-Thawadi (who true to his shadiness, speaks with a strong Long Island accent), begins whining about the backlash against Qatar, claiming it was borderline racist. No, my friend, everyone would’ve loved to see the World Cup to be held in Morocco, or in Egypt (at least in 2010), or even Jordan. Places people actually want to visit. Countries that also have a compromised democratic situation, but have been stalwarts of Human, Arab and Muslim history ever since there has been one. Qatar has barely been a country. A slavery society that has built itself on the backs of two million fellow people of the Global South, many of whom were fellow Muslims. When I saw Al-Thawadi dropping crocodile tears about the backlash, I’m not sure if the producers wanted to get us riled up, because no one can see that moment and believe the guy is being sincere. That was one moment where they should’ve pressed further.

Giving screentime to these people is not unlike giving it to a serial killer in a True Crime documentary. It entails a responsibility not to let them set the tone of the conversation. Other than that, FIFA Uncovered covers a lot of topics in a well-balanced package. Great for a weekday binge.

However, Netflix competition came up with an even better alternative to the history of FIFA’s corruption: Prime Video’s The President anthology series, which I’ll next time.

← 'The Vow' Season 2 Is Over. What Did We Learn? | Why Hollywood Loves Fat Suits and Why They Suck →