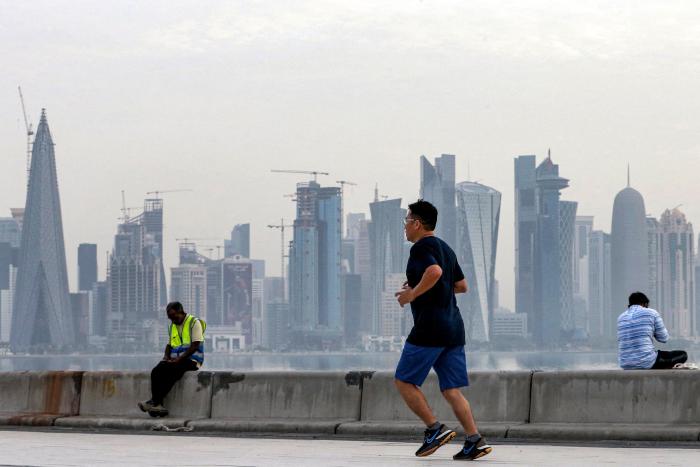 Anti-Qatar 2022: The Exceptional Tragedy of this World Cup

There’s a good argument to be made that FIFA hosting the World Cup in a corrupt autocracy is nothing new. It’s second edition was held in Mussolini’s Italy, while its 1978 edition was held in Argentina which, at the time, was experiencing the worst bout of military dictatorship in our Continent’s history. Fast-forward to 2018 and FIFA again went with a pseudo-fascists dictatorship in Putin’s Russia. If anything, the back-to-back succession of authoritarian regimes with Russia 2018 and Qatar 2022 is a deviation from the usual frequency, from an average of one every 40 years or so (if we don’t count the ever-iffy democratic situation in Brazil and Mexico in 1950, 1970 and 1986).

The host selection for the World Cup of 1934 couldn’t be attributed to a youthful error in judgment by FIFA. According to Jim Hart at These Football Times, many of the vices that currently plague the institution were present during that early bidding process:

[F]IFA itself was already under scrutiny as an organization with less-than-pure sporting ideals. As early as 1930, an informal lobbying effort was undertaken by the Secretary for the Italian Football Federation, Giovanni Mauro, on behalf of the fascist government to assure the organisation that the Italian government would underwrite any losses incurred during the tournament. This, more than anything, swayed the committee to grant Italy the Cup over rivals Sweden, the only other serious competitor.

In the case of Argentina 1978, the bid had been adjudicated back in 1974 when the pretense of Democracy was still in effect. Though there was an outcry and toothless threats of a boycott by the Netherlands (runner-ups in 1974 and one of the finest national squads ever to exist), the opposition was outmaneuvered by the dastardly tricks of FIFA’s first Brazilian president, Joao Havelange, with a little bit of help from the owners of Adidas. When it comes to Russia 2018, I don’t think there was more corruption than usual (bribes in FIFA is what gets your feet in the door); after all, Russia used to have a thriving football culture since the Soviet times, followed by a well-funded league. If Beijing could be selected to host the Olympics (twice), it made sense for a country like Russia to win a World Cup bid. But Qatar? F**king Qatar?

There is no rational excuse that can justify how something that barely qualifies as a country could win the World Cup. Ever since Joseph Blatter read that name out loud back in 2010, everybody knew that the only reasonable explanation was bribes and corruption on a scale that could only be afforded by petro-states. It had nothing to do with Qatar being a MENA country because first of all, we would love to see the World Cup being hosted in Morocco in the short term, and perhaps, in a better future, Iran. Second of all, like most Gulf States, Qatar is barely a country, just a glorified gas pump in which 400,000 people live in hedonism, another 300,000 or so run everything enjoying hefty salaries, and 2.1 million or so have been building it living in slavery. It’s not much different in Kuwait, the UAE, or Bahrain or when it comes to the Al-Saud family. I am capable of saying harsher things about Qatar and the Gulf States, mostly on how their retrograde chokehold over the Arab and Muslim world is a tap that’s about to run out, but for now, suffice it to say that ever since that day in 2010, for the first time, FIFA’s corruption felt grotesque. They were insulting the entire world by choosing a state that had nothing to provide in terms of history, culture and football other than gaudy hotels, ten-lane highways and a skyline that will look pretty in the archeology books of the future. It was basically a country that would be built around the World Cup.

And that’s what makes its 2022 edition a unique tragedy.

Very early, with the advent of globalized sports tournaments, governments realized that they were a prime opportunity to deepen, to solidify this relatively new concept of the Nation-State. It was already in full effect during Italy 1934, and according to Jim Hart, Mussolini used the opportunity as a way to synergize fascist propaganda and public works:

In the case of Argentina 1978, the propaganda effort was less about the ideals and more about providing a useful distraction for the military junta. According to Nicolas Berlinski, also at These Football Times, the dictatorship of Videla, Massera and Co., both bloodthirsty and incompetent, saw the World Cup as a serendipitous gift by the gods of distraction, for the world outside, but mostly for its own population:

The tournament would not only provide a chance to ease international pressure but also domestic pressure. Having brought the World Cup tournament that captured the minds and hearts of so many home, Videla had a prime propaganda piece to show his Argentina hosting the world in a festival of football. A possible victory by Argentina would be the ultimate showpiece of his country’s strength.

An important reminder that football isn’t Argentina’s favorite sport. It’s their religion. Also, an important reminder that the final match of that World Cup was held at the Monumental, Argentina’s largest stadium, which is just a few hundred meters away from the ESMA, one of the prime torture and execution sites of the Argentinian dictatorship. According to Berlinski, the prisoners could hear the celebrations in their packed cells.

Mussolini and Videla were lucky enough that their home squads were competitive and went on to win the cup in their respective editions, though not without some fuckery. That’s a story for another time. The Russian squad during 2018 also did great, reaching the quarter-finals, but the propaganda effort mostly fizzled off, as the final was played between two teams that are staunchly pro-European. All three, nevertheless, were provided a platform with which they could wash, if only for a little while, the horrors they had brought to the world, or were about to bring.

But Qatar is different. Qatar (the country and the World Cup edition) has gone one step forward in horror. Because as I said before, much of Qatar is being built for the World Cup. In the literal and symbolic sense. As several analysts have mentioned before, this entire farce has been an attempt by Qatar to turn themselves into a Global power player. This is, overwhelmingly, the reason any country hosts a World Cup or the Olympics, but Qatar had nothing else to back themselves up, no soft-power reserves. Just hard power reserves in currency and “influence.” The World Cup was supposed to be their National achievement. They built several brand-new stadiums with air conditioning, a whole new city, a subway-interurban train system, highways, airports, etc. Nation-building by way of glossy infrastructure; nation-building for a country nobody really wants to live in unless they have to.

Nation-building brought forth by people who are, by almost any definition, slaves. Even if they could pay the recruitment fee and send some money back home to Nepal, India, Pakistan, Kenya, or the Philippines, nothing could justify subjecting millions of people to work in such conditions for aberrant wages. A reminder that actual Qatari nationals enjoy a GDP per capita of $400,000 dollars a year. Its nominal GDP is $220 billion; do the math yourself. You can’t have aberrant wages without aberrant working conditions. You know the rest of the story; at least 6,000 workers have died building Qatar. Six-thousand people have died for our entertainment. They were people from countries that are as poor and underdeveloped as the Gulf was not long ago. People from countries that, we tell ourselves, are overpopulated with young workers to spare. Brown and Black lives turned into bodies, and what’s worse, exploited by a pretense of a country whose native people were also colonial subjects merely a few decades ago. A group of people who had been colonial subjects most of their history, in fact. That is the double-binding of tragedies that make up an exceptional tragedy: Anonymous deaths in the nation-building of, what was once, a victimized group of people.

I don’t have any references on whether Italy in 1934 or Argentina in 1978 used prison labor. I wouldn’t be surprised, but I doubt it: part of the fascist ideology is about creating “honest work” for “honest people,” not to be wasted on political traitors. In Argentina’s case, the dictatorship’s priority was always to exterminate the opposition. But in Qatar, its leaders didn’t bother with ideological pretense. It has been pure exploitation, neoliberal capitalism in its finest form. Or, with some perspective, just a replica of how countries like the US, the UK, or Belgium built their own literal heritage: Slaves within, in the case of the US, and slaves in the colonies, in the case of the UK or Belgium.

That’s why I care little about the Qatari nationals and considering how the stage is set there, Qatari MEN. I am sure there are lovely, brave, and empathetic Qataris. Most are probably living in exile. But you can’t tell me that in a country as small as Qatar, you are not “aware” of what has been going on with the migrant workers. You can’t tell me that you have not benefited, most times directly, from this gross insult to humanity. Your society is currently no different from that of plantation owners in the US South, Brazil, or the Caribbean with one key exception: What happens after the World Cup?

Because they end, eventually. Even countries that are football like Brazil were left with unusable stadiums. People generally like to visit Brazil. What will happen to everything you’ve built after the World Cup is over? After the final tourists leave? After the high-end tourists go back to Dubai because it’s more open-minded? After the natural gas you live from becomes obsolete and Green Hydrogen starts flowing (knock-on-wood) from the democratic deserts of Atacama? What happens when you can’t keep those migrant workers (usually seasonal) and you can’t maintain a $400,000 GDP per each Qatari national? What happens when you have lived as a wealthy nation for so long that you forgot to build wealth? What happens when an entire generation forget what it was to be poor?

As with fascist Italy, or the empty spectacle of Hitler’s 1936 Olympics, or even the dull cruelty of Videla’s National Reorganization Process, it all falls apart. Spectacularly. That’s how those unique tragedies always conclude. Unless you start doing what those other fellow slavery societies refuse to do: Pay reparations. But I doubt you will.

Alberto Cox will like to remind you all that female migrant workers in Qatar are also experiencing their own calvary.exterminate the opposition.