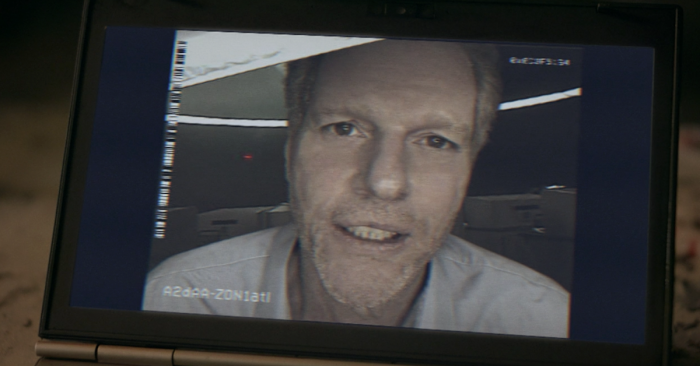 Yesterday, we reported that Melissa McBride was bailing on the Carol/Daryl spin-off of The Walking Dead that was set to begin shooting this summer. It was initially unclear why she was leaving — I speculated that maybe she needed a break from the universe after more than a decade in the heat of Georgia. Others assumed it was “creative differences.”

It was neither, according to AMC, which released a statement saying that McBride was leaving because it was impossible for her to relocate to Europe, where the series will not only be filmed but also set.
Huh.
With the spin-off moving ahead without Melissa McBride (it will be a Daryl-only spin-off) the setting might be revealing.

That’s because, in The World Beyond — that trash spin-off that no one watched — there is a post-credits scene at the end of the series that, at the time, I said “appears to be an attempt to set up the Rick Grimes movie or another spin-off.” In that post-credits scene, we see an old video from Dr. Edwin Jenner, the CDC guy played by Noah Emmerich in the first season of The Walking Dead. The video itself is less important than who is watching it and where: It’s being viewed by a French scientist in France, and it is strongly suggested that French scientists were responsible for creating the virus that led to the zombie apocalypse.

Then the scene strongly insinuates that not only did the French scientists create the virus but they also made it much worse by trying to find a cure: There’s a zombie variant in Europe that makes the dead not only super fast but incredibly strong. They’re more like the Black Summer zombies.

What that means for the Daryl spin-off is not entirely clear, but it strongly suggests that he will be contending with the Black Summer zombies in France. As it is being shot in Europe, there will obviously be an opportunity to bring in Andrew Lincoln, who left The Walking DeadD in the ninth season so he could be closer to his family in the UK. A European setting would allow Lincoln to stay close to home and re-enter The Walking Dead universe, which could either set up a Rick Grimes movie or be made in lieu of one since there has not been any public activity on the movie in at least a year.

Either way, I expect the spin-off will at least reboot the zombie aspects of the series. How Daryl gets to Europe is another question altogether. Crossing the Atlantic during the zombie apocalypse is not exactly an easy feat.