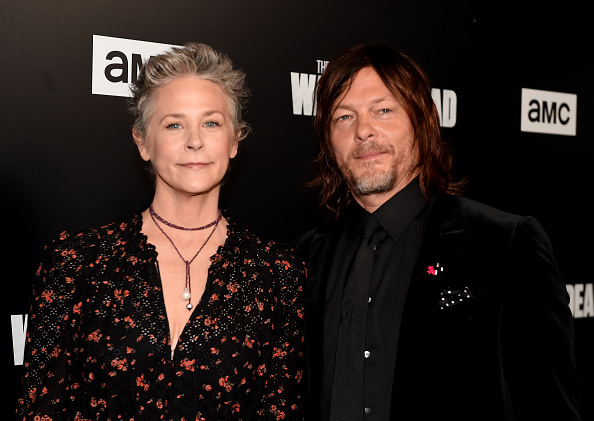 — Melissa McBride, who plays Carol on The Walking Dead, has left the Daryl and Carol spin-off, which makes it, as Jen notes, the … Daryl-Daryl spin-off? 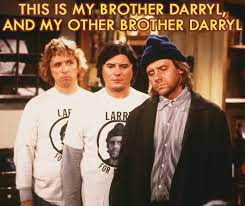 (If you don’t get that joke, congratulations! You were probably born after 1990).
Variety is not reporting why, but my guess is that after 12 years of filming in backwoods Georgia, McBride is ready for a break. I wouldn’t blame her. AMC still has two other spin-offs in various stages of development.

— To the surprise of no one, The Batman has been given a sequel. Robert Pattinson will return, along with director Matt Reeves. No word on anyone else yet.

— If you haven’t seen it yet, here’s the first glimpse of Margot Robbie in that wild Barbie movie from Greta Gerwig.

— I’m bummed to hear that series director Amy Seimetz (The Girlfriend Experience) has left The Idol, co-created by The Weeknd and Euphoria’s Sam Levinson. The HBO series is about an up-and-coming singer (Lily-Rose Depp) who falls under the influence of a bar owner (The Weeknd). Even worse: Sam Levinson is expected to pick up the slack as director.

— There’s so much good content on Apple TV+ now that I’m not sure where I’d rank The Afterparty. I think it’d probably go Ted Lasso > Severance > Pachinko > and then I’d give the edge to Mythic Quest over The Afterparty because it has one more season. Either way, The Afterparty is fantastic, it’s coming back for a second season, and the series continues to add scene stealers you love to the mix. Sam Richardson and Zoë Chao will return, along with Tiffany Haddish. The new cast members will include Zach Woods, Elizabeth Perkins, Paul Walter Hauser, Poppy Liu, Anna Konkle, Jack Whitehall, and Vivian Wu. That is a hell of a cast.

— I don’t like a lot of animated fare, but I did like HBO’s Harley Quinn series with Kaley Cuoco. That show is getting a spin-off, Noonan’s (wt), from the same creative team (Justin Halpern, Patrick Schumacher). The logline is as follows: “Lovable loser Kite Man and his new squeeze Golden Glider moonlight as criminals to support their foolish purchase of Noonan’s, Gotham’s seediest dive bar, where everybody knows your name, but not necessarily your secret identity!”

— You probably weren’t watching scripted programming on TBS/TNT anyway, but new owner Discovery is cutting it from the networks. It’s unclear what will happen to the six scripted series currently airing on the networks, except for The OG, which has been canceled (while Animal Kingdom will wrap after its next season). That leaves the fates of Miracle Workers, Chad, American Dad and Snowpiercer up in the air.