Theory: This Is Who Murdered Xavier in 'The Afterparty' [Potential Spoilers]

Last week, Sam Richardson was on Marc Maron’s WTF podcast, and in the course of their conversation, they talked about The Afterparty. Maron was concerned that the identity of the murderer might come out of left field, but Richardson assured him that it would not and that there are clues in the series that would support the conclusion. This is also a show from Phil Lord and Christopher Miller, so I would expect nothing less.

I have spent entirely too much time rewatching episodes of The Afterparty, and I think that I’ve cracked the mystery. This is not really a spoiler, because it’s speculative — I’ve only watched the first six episodes, and critics do not have access to the finale — but I’m going to present clear evidence to support it, so if you think I might be right and you want to avoid spoilers, now is the time to leave.

Why Yasper? OK, first off: He has a motive. Yasper and Xavier were in a Ska band together in high school. According to Yasper, he inspired Xavier’s future success as a famous pop star. Yasper, for instance, encouraged him to change his name from Eugene to Xavier and rebrand himself. Xavier did so, and had Yasper not broken up the band, Xavier might not have found his future success as a solo artist.

I don’t think that Yasper appreciated that his influence on Xavier’s career was overlooked. Fifteen years later, and Xavier barely acknowledges Yasper’s existence, much less his advice to change his name and rebrand. Xavier also belittled their band together, Skarpe Diem, much to Yasper’s chagrin. Moreover, while Yasper did install the AV system in Xavier’s home, he wasn’t Xavier’s choice. Xavier’s assistant hired Yasper without Xavier’s input, a fact that visibly upset Yasper.

In fact, Yasper repeatedly suggests throughout the series that he was a major influence on Xavier’s career. For instance, he told Detective Danner that he inspired Xavier’s songwriting, following Yasper’s four categories of songs, including the fourth category: The party anthem. In high school, “How great is this party?” is what Yasper used to say before all their Skarpe Diem performances. “How great is this party” is also the track that Xavier is working on in the present, which I’m suspect upset Yasper because it was just one more instance where Xavier ripped him off without attribution.

Given what Yasper believed to be his obvious influence on Xavier’s career, the least that Xavier could do was to “bless” Yasper’s track, right? And yet, Xavier repeatedly blew off Yasper when he brought it up, only at one point reluctantly agreeing to get rid of Yasper after he’d cornered Xavier. “Sure, uh, OK,” he said, before walking away. Later, at the Afterparty, however, Xavier continued to ignore Yasper.

However, Yasper claimed that — not long before Xavier’s death — Xavier finally texted him and agreed to bless his track. “Track 12 in WIP folder should work for our collab. U inspired it. Be there in 10 min.” Why would Xavier tell Yasper that he “inspired it” when Xavier barely acknowledged his presence at the party, let alone any inspiration he might have made to his career? Moreover, instead of collaborating with Yasper “in 10 min” as he promised, Xavier went upstairs with Chelsea and didn’t give Yasper even a glance of acknowledgment. Yasper, instead, had to do the “collaboration” on his own by using Xavier’s computer. I’m sure that Yasper knew the passwords — and even the whereabouts of the “How great is this party?” track — because Yasper had access to Xavier’s passwords by virtue of installing his AV system (it would have also been easy to crack, because Walt quickly figured out Xavier’s WiFi password).

— Did Yasper use Xavier’s phone (or computer) to text himself? During the course of the series, when the camera cuts to Yasper, he’s often on his phone. In the early part of the evening, it’s because he was allegedly waiting for Xavier to text him, but what about after Xavier’s death? Was he sending texts to himself from Xavier’s account?

— In Aniq and Chelsea’s accounts, after Aniq woke up from his drunken stupor, Yasper approached Aniq from the direction of the patio. In Yasper’s account, he approached from the hallway. Why the discrepancy? 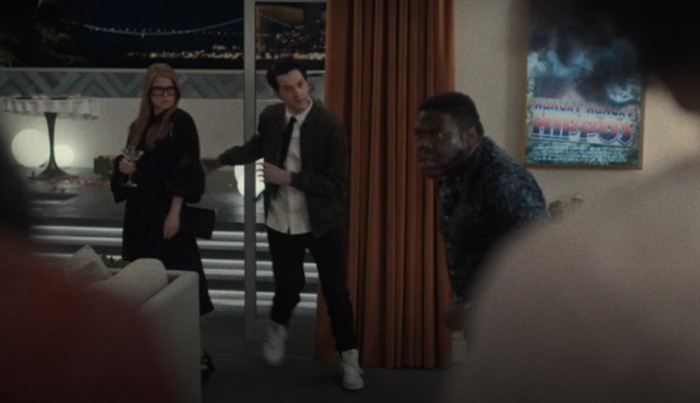 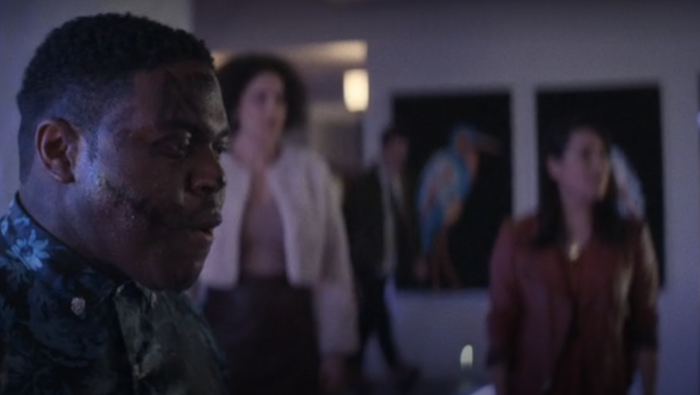 — In all three accounts, Yasper did not appear to be in the room when Aniq woke up. Where was Yasper between the time that Chelsea came down the stairs and Aniq went up?

— Aniq finds a piece of ripped paper in a trash can that we subsequently learn are lyrics with the word diarrhea misspelled. Detective Danner matches the lyrics to handwriting on another set of lyrics in a framed gold record in Xavier’s house. But what if Yasper originally wrote those lyrics, and — following a pattern — Xavier stole them? After all, when Detective Danner said the scribbled lyrics were “awful,” Yasper flinched as though he took the insult personally. Moreover, Aniq said that the person who wrote the lyrics misspelled diarrhea, so when Yasper gave his handwriting sample, he also misspelled diarrhea, but in a different way. He couldn’t spell it correctly, but he didn’t want to misspell it the way he had the first time, either.

For me, however, here’s the clincher: In the third episode (Yasper’s episode), we find out that Xavier had a security camera in his room which would have revealed the killer and exonerated Aniq. When Detective Danner and Detective Culp are trying to pull up the security footage, Yasper is standing over them, trying to “help.” Seconds before they’re able to access the footage, however, it disappears. At the exact moment that it disappears, however, Yasper — who would have access to Xavier’s security system because he installed his AV system — is on his phone “tweeting” a complaint about the detectives. I doubt he was tweeting anything. I think he was erasing the security footage from his phone. 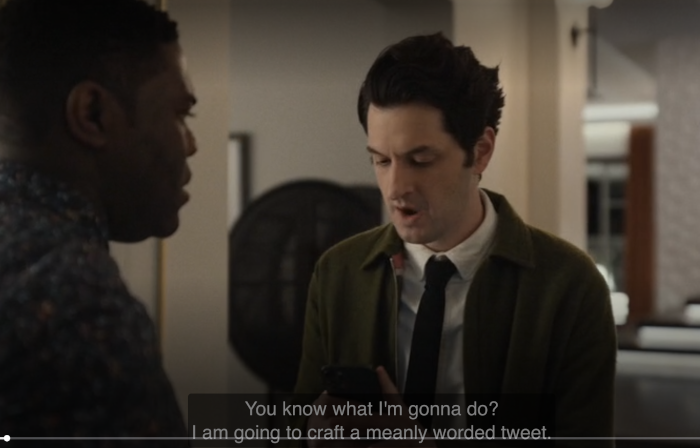 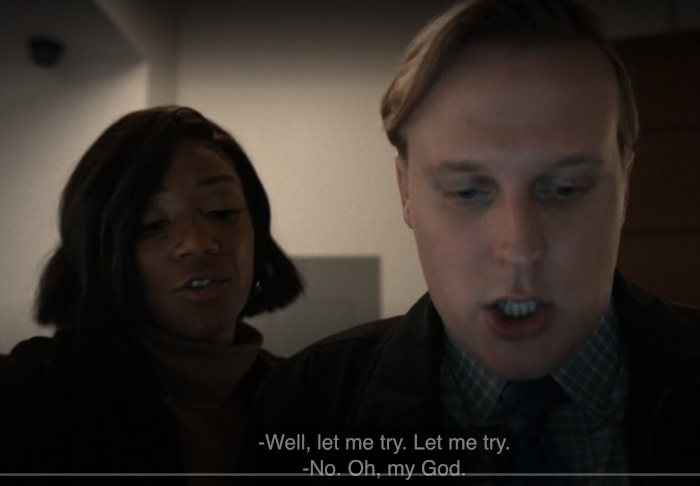 To sum: Yasper had a strong motive. He had the opportunity because his whereabouts at the time of the murder cannot be accounted for. There’s a discrepancy in the accounts about from what direction Yasper re-entered the living room. A video, set up by Yasper, of Yasper and Xavier’s Ska Band was playing in the living room at the time of the murder, which would have been a good distraction. Finally, Yasper deleted security footage that would have implicated him.


← Stream It Or Nah: Peacock's 'The Fresh Prince' Reboot, 'Bel-Air' | Don't Screw with the Original? More Like, Don't Mess with 'Texas Chainsaw Massacre' →