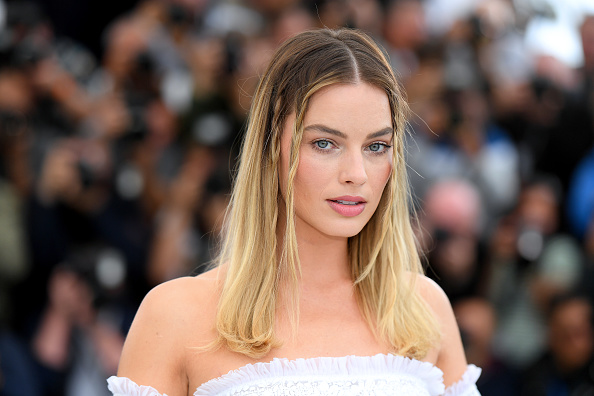 The live-action Barbie has gone through a bonkers ride through development hell for the last decade or so. Credit to Sony, at least, for trying to make it more than what we might expect by bringing in, at various times, Jenny Bicks (Welcome to Flatch, Sex and the City), Hilary Winston (Community, Happy Endings) and Diablo Cody (Juno, Jennifer’s Body to take stabs at it. Anne Hathaway has been attached, as has Amy Schumer as the star and co-writer, although she ultimately left the project over creative differences because she wanted Barbie to be an ambitious inventor, and Sony wanted that invention to be high heels made of Jell-O (what?)

The film is finally coming to fruition with, of all people, Greta Gerwig (Little Women, Lady Bird) behind the camera. She wrote the screenplay with her domestic partner Noah Baumbach (The Squid and the Whale, Marraige Story), whose movies are about as far from the idea of Barbie as one might imagine. They’ve also brought aboard Margot Robbie to play the title character, and while her looks may fit the Barbie ideal, her attitude certainly does not.

Details on the storyline are being kept under wraps, so all we have to go on are the cast additions. My favorite is Emma Mackey from Sex Education, if only because I am assuming she will play a different iteration of Barbie, given her likeness to Robbie.

I'm obsessed with the fact that we've had like 4 years of "are Emma Mackey and Margot Robbie the same person" takes that they're going to be in a movie together https://t.co/lmJcY6ig4M pic.twitter.com/PhGLCGXYpg

I am guessing there will be other versions of Barbie, too, because Issa Rae, Kate McKinnon, and America Ferrera have also been cast. I assume that they’re all different Barbies mostly because I love the idea that the men who have been cast could also play different Kens: Ryan Gosling as lead Ken, along with Simu Liu, Michael Cera, and Will Ferrell. I also assume this because the only detail that has been revealed so far is that there is a “meta” aspect to the movie.

And that’s it. Besides the fact that shooting is set to get underway very soon, that’s all we know. But the idea that Gerwig and Baumbach might use Barbie as a Trojan Horse to tell a story about a dysfunctional woman with profound father-daughter issues going through a messy divorce with her emotional black hole of a husband while throwing herself headlong into therapy and her dreams sounds very compelling!