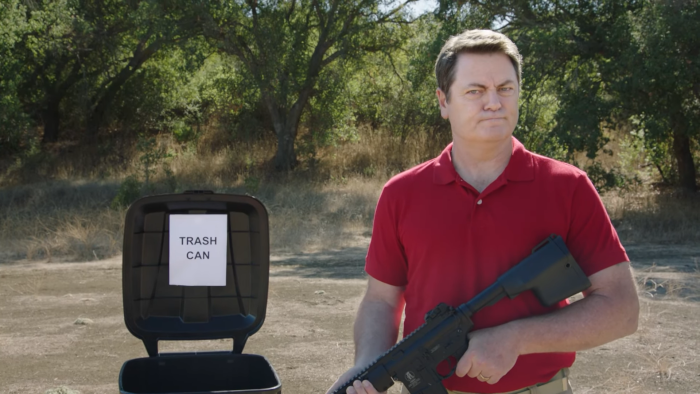 Today is the day! The midterms have arrived. I’ve been a veritable ball of anxiety for the last week, and that likely won’t change. Even if there is a strong showing from Democrats today, democracy as we know it could be irrevocably changed. I’m trying not to be too alarmist, but it’s hard. A slew of Republicans are hellbent on not accepting election results, and I don’t think Nick Offerman firing a rifle is going to change their minds.

John Oliver took a deep dive into the challenges facing this year’s elections. He’s not alone in ringing this particular bell. I’ll be honest, that’s partly why my anxiety is so high. The people I trust are telling me that Democracy itself is at stake. From what they’ve said, and what I’ve read, it doesn’t seem like they are wrong. Can anything be done to stop things from going south?

Voting seems to be the most obvious answer. Concerned citizens have to turn out in record numbers. They need to vote like their lives depend on it. Again. It feels eerily similar to the last election. If you don’t remember how election deniers handled those results, I envy you. But, Democrats did turn out in record numbers last time, so hopefully, they will do it again.

Oliver’s segment feels almost like a last-ditch effort, a plea to people to act, even if they feel discouraged. There was a time when that would feel like a surefire motivator. I just don’t know if that’s the case anymore. Even when I hear good news about today’s election, I’m unable to believe it. I want to. I want to hope that things will go well and that the narrative being pushed is just to gain clicks and views.

At least the 2024 election will be less stress-inducing. Right?