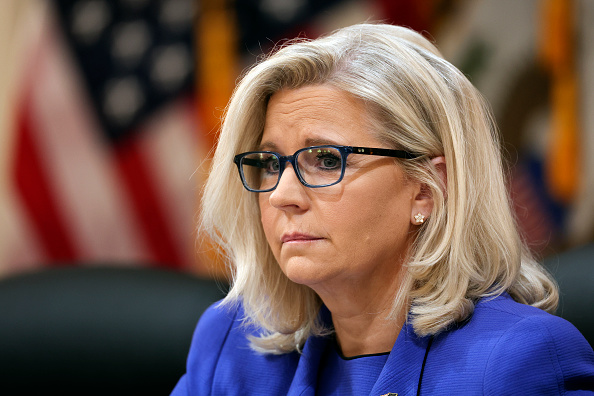 Brief Highlights from Day One of the January 6th Hearings

If you follow politics closely, spend too much time on Twitter, and read those cash-grab books written by former Trump administration officials, most of what aired during the first night of the January 6th hearings will not come as a huge surprise. Most Americans, however, probably learned a few new things last night, unless they were watching Tucker Carlson.

He aired a commercial-free hour to prevent his viewers from flipping over to learn, for instance, that Sean Hannity had basically called their viewers “crazy people” in a plea to White House Press Secretary Kayleigh McEnany on January 6th to advise Trump, “No more stolen election talk,” while also raising the real specter of invoking the 25th Amendment.

Betsy DeVos actually did have discussions with VP Mike Pence about invoking the 25th Amendment and resigned when Pence decided against it, despite the fact that — when insurrectionists threatened to hang Mike Pence — Trump said that he “deserved it.”

Vice Chair Cheney: "Aware of the rioters' chants to 'hang Mike Pence,' the President responded with this sentiment: 'maybe our supporters have the right idea.' Mike Pence 'deserves' it."

Cheney says Trump called no part of the U.S. government to secure the Capitol on Jan. 6. Didn’t call DOJ for additional law enforcement and didn’t ask National Guard. Pence made the calls.

Trump knew that he was peddling the Big Lie, too, because most of his advisors — even those most loyal to him — told him as much, including Jason Miller, his Chief of Staff Mark Meadows, AG Bill Barr, and even his own daughter.

The insurrection was, in part, led by the Proud Boys, whose numbers grew after Trump told them to “stand by” on national TV. Many of them bypassed the rally and went straight toward the insurrection they believe Trump asked them to lead.

Following Donald Trump’s “stand back and standby” comment during the 2020 election debate with Biden, an increase in membership with the Proud Boys occurred, according to investigative counsel Marcus Childress. It tripled, according to Proud Boy Jeremy Bertino

The most interesting factoid is that the Proud Boys headed to the Capitol long before Trump spoke on the Ellipse. They didn't come for a rally. They came for an insurrection.

While Laura Ingraham would have you believe that the insurrection was no big deal, Capitol Police Office Caroline Edwards would suggest otherwise:

Laura Ingraham: "How does a guy putting his feet up on Nancy Pelosi's desk put democracy at risk?" pic.twitter.com/TqH1fSKPcs

No one approaching the Capitol in this video did anything to help U.S. Capitol Police Officer Caroline Edwards…
No one. pic.twitter.com/IAQp7q0oEg

"There were officers on the ground, they were bleeding, they were throwing up. I saw friends with blood all over their faces. I was slipping in people's blood… It was carnage." pic.twitter.com/Rg61A9Lqcp

Finally, Jared Kusher — who basically washed his hands of the Trump Administration and started making plans to move to Miami in December — dismissed White House Counsel Pat Cipollone’s threats to resign as “whining.” Also, I think we’ve found the most suitable role in Hollywood for Ansel Elgort.