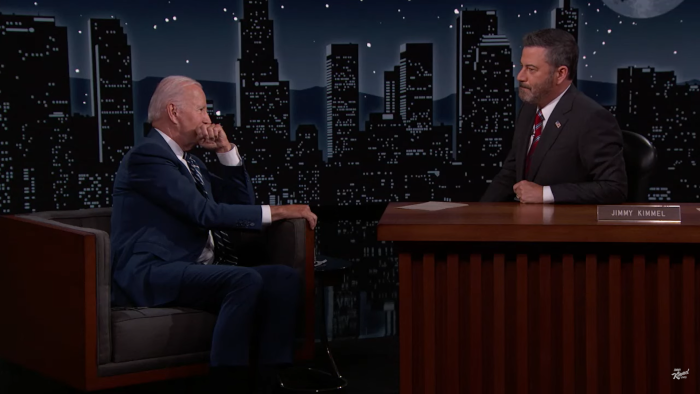 I have not been shy with my feelings toward guests that Jimmy Kimmel has had on his show. Some things just don’t seem helpful when they happen on a late-night talk show. Late-night talk shows are primarily comedy shows. Some are more firmly planted in politics like The Daily Show and can have more political guests. It’s not always successful, but it allows for tougher questions. In the case of Joe Biden appearing on Jimmy Kimmel: Live, it’s all applause and little substance.

The current President appeared on Kimmel, and at the top, Jimmy said he was going to ask tough questions. I’ll give him this; he tried. Kimmel is no slouch, and one of the things I love about him is that he wears his heart on his sleeve. You can feel his frustration, and his sadness when discussing the victims in Uvalde or the threat of Roe V. Wade being overturned. His heart and mind are in the right place but there’s only so much that can be done when it comes to someone who has a carefully planned message and a pre-interview with a producer.

It’s not that Biden’s heart isn’t in the right place. He touches on all the topics you’d hope he would. He goes out of his way not to insult fellow politicians. He makes impassioned pleas for bans on assault weapons. He touts job creation and low unemployment. Yet, with all of those positives, Biden still seems too positive. Kimmel even calls him out on it at one point. For all that Biden has accomplished, the country is still being essentially run by two politicians who won’t get in line with their party. Two politicians whom Biden readily makes excuses for. You know the ones.

The interview does end on a somewhat hopeful note. Biden pushes people to vote. He implores people to use their voices and if they do, change will happen. I hope he’s right, I’m just not sure anymore and 20 minutes of half-answers on Jimmy Kimmel: Live didn’t change that.


← Maybe Not Every IP Should Be Turned into a Movie or Television Show | On 'The Boys' Season 3, Starlight Is in Hell →