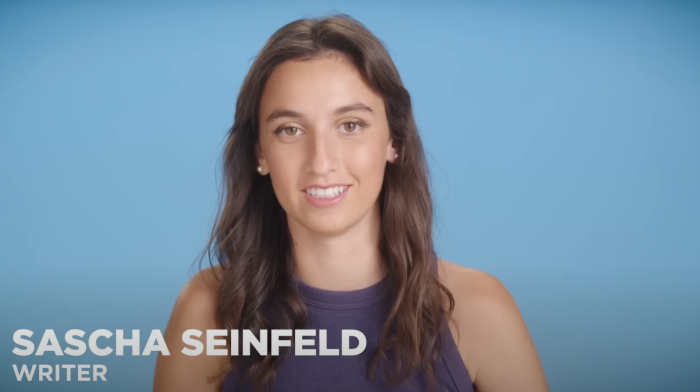 Six years after ending its original four-season run, Inside Amy Schumer has returned with a fifth season, now on Paramount+, and it’s like it never left, for better or worse. Inside Amy Schumer hasn’t changed much in six years, but the world has. In other words, the white feminist comedy of the pre-Trump era still feels like white feminist comedy of the pre-Trump era, only its 2022.

I may be in the minority around here, but I like Schumer, and while a few of the sketches in the opening two episodes are undercooked (especially for a series premiere after a six-year hiatus), there are also three back-to-back sketches in the premiere that are solid. They’re not up there with “Last F**kable Day” or “Foodroom,” but Schumer still has some bite when she’s political.

The first episode is fully available on YouTube, and I’ll cue it up here to the three sketches worth watching. The first stars Ellie Kemper in a parody of one of those Christmas movies where the big-city girl goes back to her quaint hometown and falls in love with her high-school boyfriend (it’s too long, but the twist is worth it). There’s also a tourism ad for Colorado, and by “Colorado,” the ad means, “A place to get an abortion,” followed by a college orientation for women sketch that mostly amounts to terrifying warnings about the dangers of being sexually assaulted in college.

After the college orientation video, there’s an appearance from writer Sascha Seinfeld — the daughter of Jerry — who is still in college herself. It’s good to see that Amy Schumer is recruiting struggling voices from marginalized communities. Also, no offense to Sascha Seinfeld, but she is incapable of writing anything as funny as Jessica’s Instagram reel where she and Jerry are wearing kerchief napkins. Jerry has never looked as indifferent as he does while being filmed eating fancy pizza.

Meanwhile, the second episode? Honestly, it’s not that good. There are a lot of Spanx jokes, which is in keeping with 2016 Inside Amy Schumer. There are also a few good jokes that aren’t worthy of full-length sketches, like a woman who has to do ADR for The Bachelor, which means repeating a lot of things that she regrets saying now. Finally, there’s “Fart Park,” an unfortunate sketch built around a phrase that Schumer thought was funny: “Fart Park.”