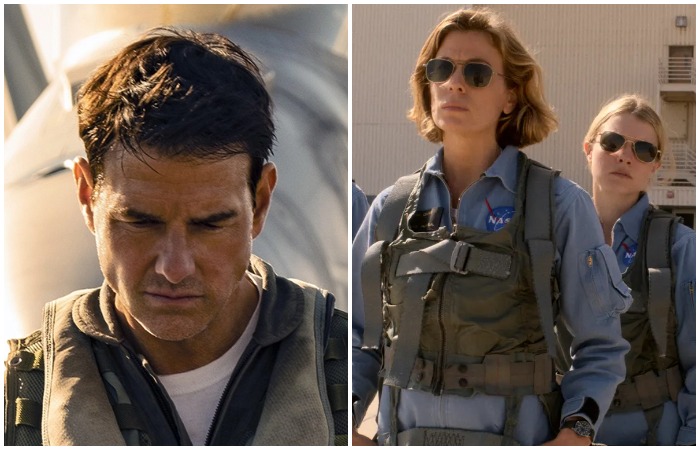 If You Love 'Top Gun: Maverick,' You'll Also Love 'For All Mankind' on Apple TV+

We’ve tried on several occasions over the last couple of seasons to sell our readers (and beyond) on the virtues of one of — if not the — most underrated show on television, For All Mankind. If that hasn’t worked yet — if you have Apple TV+ because you’re already watching Ted Lasso or Pachinko, or you have it because you recently purchased a new smart phone or iPad — let me try a different approach.

If you love all that about Top Gun: Maverick, For All Mankind has all of that going for it, as well, only instead of the sky, it’s space, where, unfortunately, there are no parachutes and ejector seats to bail out the astronauts: Just an endless black space. Over the weekend, I watched the third season premiere of For All Mankind and Top Gun: Maverick back to back, and let me tell you: It was nice that the anxiety attacks were triggered by something fictional for once, although the deleterious effects on my heart were probably the same. In fact, the one downside to To All Mankind is that it’s really hard to avoid the temptation to fast-forward through the particularly intense sequences, but like Top Gun, the lows may be crushing, but the highs are just as exhilarating. 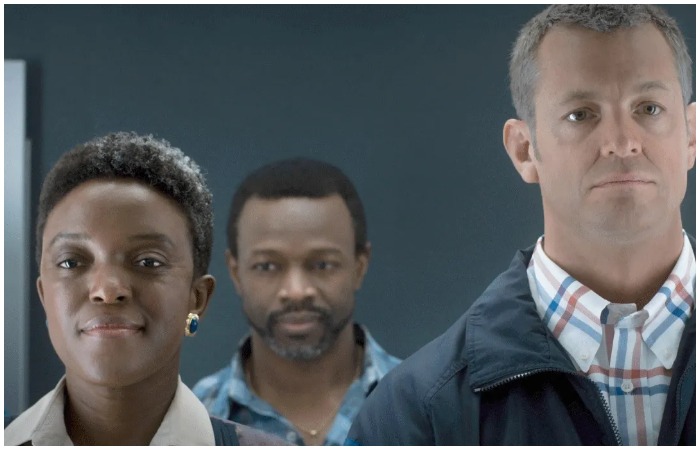 For the unfamiliar, For All Mankind is another space-race show. This one is different, mainly in that it’s really good. It takes place in an alternate universe where the Americans were not the first to land on the moon. Counterintuitively, losing the race to the moon has actually been beneficial to American society. It kept the competition between Russia and the United States alive, and as our anti-monopoly friends will tell you, competition is good! If we can’t be the first to space, we can be the first to send a woman to space! Or a person of color to space! That provides new generations of women and people of color not only with role models but gives them a realistic belief in the 1960s that not only can they become astronauts, but engineers, scientists, or Presidents. We see that play out in future generations. In this alternate universe, a woman runs NASA, a Black woman is a leading candidate to lead the mission to Mars, and another woman — a former astronaut — is running against Bill Clinton for the Presidency and has a very realistic shot at winning.

Season one of For All Mankind tracks the race to the moon and the aftermath; season two, set in the 1980s, centers on the battle over colonizing the moon; and season three, set in the ’90s where hotels exist in space (thanks to that flourishing competition), the race is to Mars. Many of these characters we’ve been following since the 1960s (and the aging make-up effects are decent), but each season also layers in new characters, which is necessary because some of our beloved favorites are killed off in tragic, heartbreaking fashion. Space travel, after all, is a dangerous occupation. The thing about For All Mankind, however, is that you feel that danger: The tension — even if you’re watching on your laptops perched on your knees while you’re in bed — often feels as palpable as Tom Cruise narrowly avoiding the side of a mountain on the big screen. The characters are richly drawn, and we are able to invest in them over their lifetimes (some of which are longer than others). If you liked Gravity, this is like that, only with characters we’ve gotten to know and (mostly) love over three seasons.

It is that good, and if that’s not enough to convince you, I don’t know what will.
(And yes, that is Joel Kinnamon aged up into his 60s above. You’ll get used to it quickly!)


← Review: The Mustache Unmakes The Man In The Unsettlingly Sparse 'The Integrity Of Joseph Chambers' | Stop Outing People, You Absolute Ghouls! →