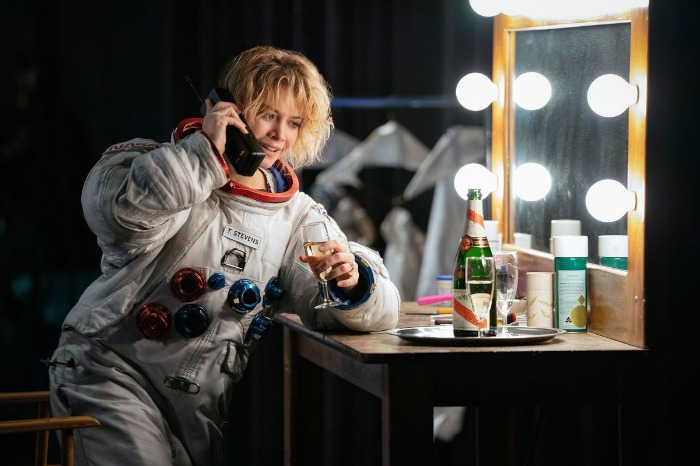 Apple+’s For All Mankind is back for a second season and has already been renewed for a third. The stakes have shifted this time, from the US playing catch-up to the USSR’s space program, to control of the moon and the resources to be found there. We’re 10 years on from the end of the first season, and there have been some changes in the lives of the central characters from the first season, but most of them are still around and in the NASA orbit. That is the first of several things about this season that don’t seem to ring true about the world depicted in For All Mankind.

(Warning: Spoilers for the first five episodes of the second season of For All Mankind to follow.)

The second season of the show has some interesting human stories about the astronauts but feels like it takes place on a different planet. Not because of the alternate history depicted in the show, but because broader social trends of the era have been completely changed in order to fit the story. The first season showed the early integration of women and minorities into NASA’s astronaut program in a direct response to the USSR landing a woman on the moon. The world depicted in the second season of For All Mankind not only maintains this wonderfully diverse space program but seems to show a world that has lept ahead decades in the amount of casual sexism and racism present in American society overall. I assumed that Ed Baldwin’s freak-out about his daughter, Kelly, wanting to attend the Naval Academy was tied to his understanding of how she’d be treated by her fellow cadets. But it wasn’t. It was about his fear of losing another child. The second season of the show is set in 1983, the Naval Academy only began admitting women in 1976, and the first woman to graduate from Annapolis graduated in 1980. Perhaps the earlier integration of the space program would have moved that timeline up some, but I find it hard to believe that Ed Baldwin would have no lingering concerns about sending his daughter to the Academy, particularly since he would have attended long before any woman was allowed to step inside. The fact that Kelly is Asian in a very white Houston suburb is likewise never addressed.

There are plenty of other moments like this, where you’d expect there to be some discussion of sexism or racism, but for the most part, it’s simply unaddressed. Danielle Poole challenges Ed on the fact that there’s been comparatively little representation of Black astronauts on missions, particularly at the mission commander level, but when he makes her the commander for the upcoming Apollo/Soyuz mission the issue is dropped for the first part of the season. Of course, the bigger issue of several astronauts who haven’t flown missions in 10 years suddenly ending up on high-profile placements is another thing the show doesn’t bother to address. Obviously, it’s done to keep characters we recognize in the loop, but it seems like being an astronaut is something that requires more active involvement over the course of a decade than a few weeks of mission training.

One area where the show continues to hit hard is the depiction of life at Jamestown as an inadvertent representation of life under stay-at-home orders. I first wrote about the show last August when I stumbled across it five months into the pandemic and found myself with a visceral response to the depiction of Ed, Gordo, and Danielle trapped at Jamestown with no control over the missions meant to come to get them and no idea when they’d be going home. This season the fifth episode also shows someone struggling with the repetition of life in Jamestown, even though Jamestown has expanded and the time there is more structured. Tracy Stevens, something of a minor celebrity on earth who frequents the talk show circuit and makes advertisements, gets sent up to Jamestown for a six-month stint. Tracy wasn’t happy on earth, we see her drinking too much and appearing conflicted about her current life, but the ultra-structured life at Jamestown doesn’t seem to improve her mindset. We watch her go through the same actions and frustrations (and even the same unappetizing food) day in and day out on Jamestown. She can’t sleep because of a rattling vent, she can’t have a cigarette, and she exists at something of a remove from the other astronauts because of her fame on earth. She’s even doing regular video conferencing into the Johnny Carson show where her smile and enthusiasm are visibly more strained each time. After a year of working at home in a routine that feels more, well, routine than it did in August and an end in sight, Tracy’s experience at Jamestown felt very familiar. I will say my scrambled eggs look better than the ones the astronauts had to endure.

For All Mankind continues to feel more like science fiction than alternate history. The world of the show just seems a little bit better, the people a little more socially advanced. But there are still places where the story is surprisingly relatable, even if we have to go to the moon to get there.

← One of Hollywood's Biggest Paparazzi Agencies is Going Bankrupt But No, It's Not Meghan Markle's Fault | After Losing A Million Viewers, What Has Changed About 'The Ellen DeGeneres Show'? →