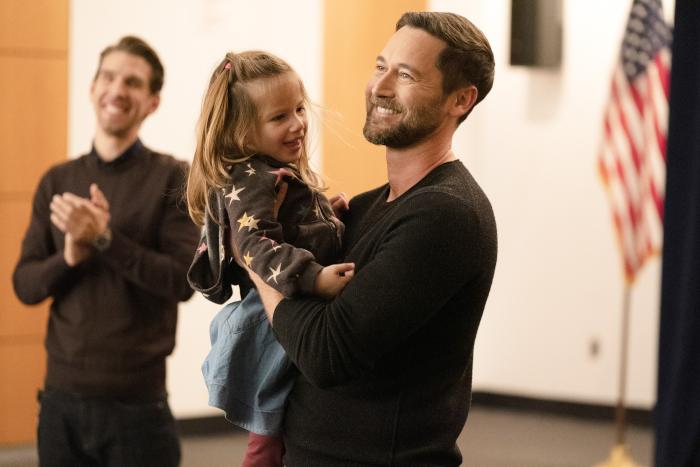 How 'New Amsterdam' Ended and Why It Was Cancelled

NBC’s New Amsterdam ended its run after five seasons this week, and no one really understands why, including its creators. There has been some ratings erosion since its first two seasons (thanks in part to COVID interruptions), but it was still popular, it still wins its Tuesday night timeslot, and it does well on Netflix (it is currently ranked among the ten most popular TV shows on the streaming service).

“I still think this thing could have, should have run for another couple years. There are still so many stories to tell and these characters are so interesting,” executive producer Peter Horton told Deadline. “I don’t think the audience is ready for it to end, either.”

He’s not wrong. It’s not groundbreaking television, but it’s a solid hospital drama with a number of beloved characters, and there was still plenty of gas left in the tank to tell hopeful and heartwarming stories. When I lived with my son in a hospital for the better part of six months, I thought that New Amsterdam would be the last show I’d want to watch, but there was some comfort in watching competent characters care for their patients because, at least in the pediatric ward, it reflected some essential realities about healthcare workers: They are good people who humanity does not deserve.

The series, based on Eric Manheimer’s book, Twelve Patients: Life and Death at Bellevue Hospital, is about the oldest public hospital in the United States. It confronted a lot of challenging issues around health care, around race, gender, and class, and even about police violence against Black people. Solutions often came a little too easy, but I appreciated that New Amsterdam reflected what is possible in an idealized world.

I also adored the characters, from Dr. Goodwin’s earnest desire to make the world better to the way Dr. Bloom used her job to distract herself from her real life and to the attention that this show paid —through my favorite character, Dr. Iggy Frome — to the mental health of patients. There was plenty of interpersonal drama on New Amsterdam, but it was also a remarkably compassionate series. I’ll miss it.

As for how it ended? Unfortunately, scheduling prevented Freema Agyeman’s Dr. Helen Sharpe from returning, and it felt for a moment in the penultimate episode that the series might have been charting a narrative path for her and Dr. Goodwin (Ryan Eggold) to reunite. That didn’t happen, which may have been for the best (their relationship was a little on the toxic side), but Max and Dr. Wilder (Sandra Mae Frank) didn’t exactly end up together, either. Max left the hospital to go work for the World Health Organization, which had — in real life — given the series a commendation for their work.

The final episode is Max’s last day in the office before leaving for the new gig. There are flashbacks in the episode to the moment that inspired each of the main characters to get into medicine, and there is one patient in the episode who required surgery performed by over 50 doctors that allowed the series to involve all of the characters and illustrate the value of community in the profession. It was perfect for this show, and even Dr. Frome was able to participate by encouraging the patient’s son to speak for the first time in over a year (the patient and her son had traveled from war-torn Ukraine, which was a little over the top, but that’s par for the course for the series). 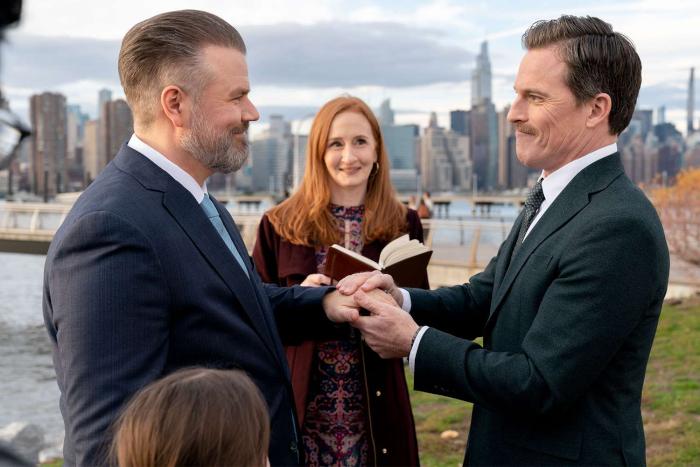 The characters also got their endings. Iggy reunited with his husband and they remarried. Dr. Bloom bought a new home that needed a lot of work she could do to distract herself from the real world, and Dr. Reynolds got seriously involved with a nurse.

On Max’s last day at New Amsterdam, he brought in his young daughter who was upset that Max had to work instead of taking her to a parade. The episode is also intercut with scenes involving a woman who seems like Max’s replacement as director of New Amsterdam. In the final moments, however, we see Max hand the keys to Dr. Wilder to take over as director. Max tells her that if he ever returns to New Amsterdam, it won’t be for the job. Dr. Wilder doesn’t promise she will wait, but there is an understanding between the two that they could end up together.

In the meantime, with Dr. Wilder taking over as the new Director, we learn that the scenes with who we believed to be Max’s replacement are actually scenes from the future of the first day on the job as director of New Amsterdam for Max’s daughter. Her dad’s last day at New Amsterdam is the moment that she decided to become a doctor. It’s a very This Is Us kind of moment, but it works because New Amsterdam has never been above wearing its heart on its sleeve. 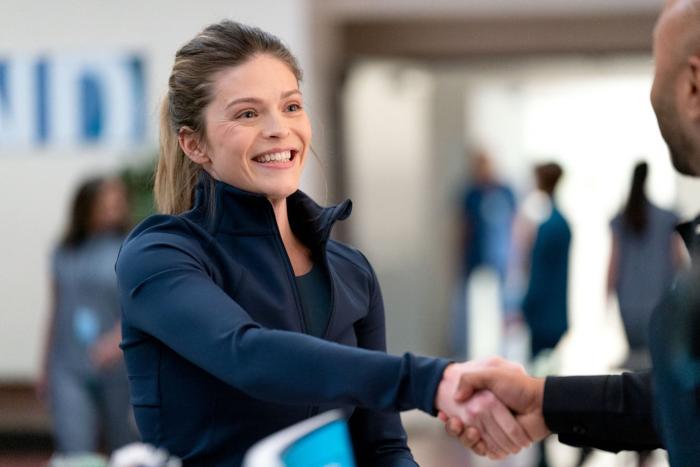 That’s it. So long, New Amsterdam. You were a good show, and you were not The Resident, which also likely ended its run last night, and which — despite what some may have you believe — I have never seen.