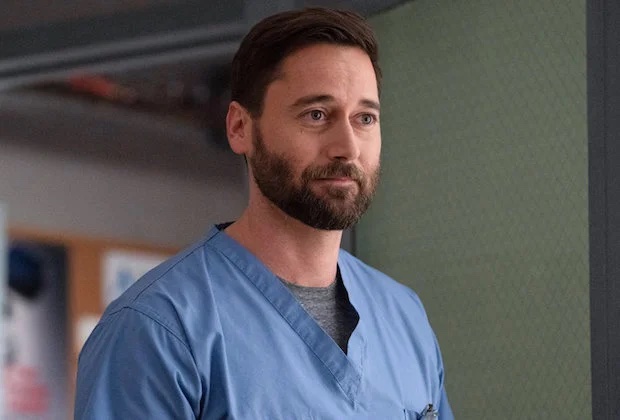 Is 'New Amsterdam' About to Do Us Dirty?

Having spent the better part of six months in a hospital with my son, one might think that a hospital drama is the last thing I’d want to see, but I find New Amsterdam, in particular, strangely comforting. In fact, while spending months in the hospital — when time allowed — I’d watch the odd old episode of House, too, because I think that medicine is real-life wizardry. It’s so cool when intelligent people with years of study get together to save lives with modern potions, lasers, and sterile sewing kits.

They can’t save everyone, but they save a hell of a lot of people from diseases and conditions and maladies that may have killed them 5, 10, or 20 years ago. It’s incredible. As we said often to our son on the worst of his bad days, “We wouldn’t be here if we didn’t think they could fix you.” Goddamn wizards, I tell you.

People complain that there are too many cop shows, and rightfully so. But given the shortages in the medical field (especially of nurses), shouldn’t we have even more aspirational hospital dramas like New Amsterdam? I know there’s a lot of storytelling magic that goes into these shows, but a lot of that magic actually exists in hospitals. Did you know in the bone-marrow transplant unit of Boston Children’s hospital that when a kid leaves, they get to pick a song for a little procession out the doors where all the docs and nurses clap during a little mini parade down the hallway? It is cheesy as hell, but hell if you don’t cry like a motherf***ker.

That’s New Amsterdam, but lord help me, I nearly had to quit it this week. In this week’s episode, “Heal Thyself,” the too-good-to-be-true medical director Dr. Goodwin decided to give his doctors the day off so that they could work on themselves. How can you treat your patients if you don’t treat yourself, right? Dr. Bloom got herself checked out, and her doctor noticed she’d lost five pounds and per the guidelines, he took her off of her ADHD meds. Dr. Bloom — a recovering addict — spent the episode running around trying to find enough food to gain back five pounds in a day so she could get her Ritalin back. Turns out, she lost more weight running around to find food than she gained in eating it. But no matter: She thinks she can kick Ritalin now (I am not a doctor, so I don’t want to weigh in on this particular issue, but the episode did sort of make it feel like someone could just cure their own ADHD through mental fortitude, which doesn’t sound right.)

Meanwhile, Dr. Reynolds — a heart surgeon — discovered that he had a heart condition that he could resolve with surgery, but hell if he couldn’t give up his control issues. He damn near performed the surgery on himself because of his Daddy issues before an anesthesiologist (and potential love interest?) reminded him that he probably had a very strong, powerful mother who picked up the slack in his house, so why doesn’t Dr. Reynolds let the very capable female heart surgeon take care of his heart, too? Damn right.

My favorite character, Tyler Labine’s Dr. Iggy Frome, is still working through his divorce. He went on his first date, and his date immediately tried to sleep with Dr. Frome. Iggy couldn’t get it up. A session with his therapist made him realize that it was all psychological; he was jumping back into a situation like the one he had with his husband: A guy out of his league that Dr. Frome would feel so insecure around that he’d never be able to be himself, which was the whole point of getting a divorce. Breakthrough!

Elsewhere, Dr. Goodwin managed to talk Dr. Wilder into getting surgery on her hands for carpal tunnel syndrome, which was not an easy ask. It’s not just that Dr. Wilder needs her hands to perform surgery; she’s deaf, so she also needs them to communicate. During her recovery, Goodwin agreed to be her hands because he’s a sweetheart.

But the real kick in the pants here is that the entire idea behind Dr. Goodwin’s “Heal Thyself” day arose because he found a mass in his neck. Dr. Goodwin, recall, had cancer in the first season of the series. He basically spent the day awaiting the results of a biopsy. At the end of the day, during a tender moment with Dr. Wilder (whom Dr. Goodwin clearly has a thing for, even though Helen just left him at the altar), Max told her that he is “healed.” That the cancer hadn’t returned.

But is that true? Or did he just tell her that to make her feel better? It’s the final season of New Amsterdam. Max came into the show with cancer. Is that how he’s going to go out? Because I dig this show, but I cannot go there. Is that a reality of cancer? Absolutely! But for my own mental health (Heal Thyself!), I prefer to remain in denial about that, and therefore, may have to bail if New Amsterdam goes down that road. Let’s just hope that Max was not lying.


← Can I Do a Twitter Prompt Round Up For Just One Response? Is That Allowed? | 'Bob's Burgers' Season 13 Doesn't Mess with Success →