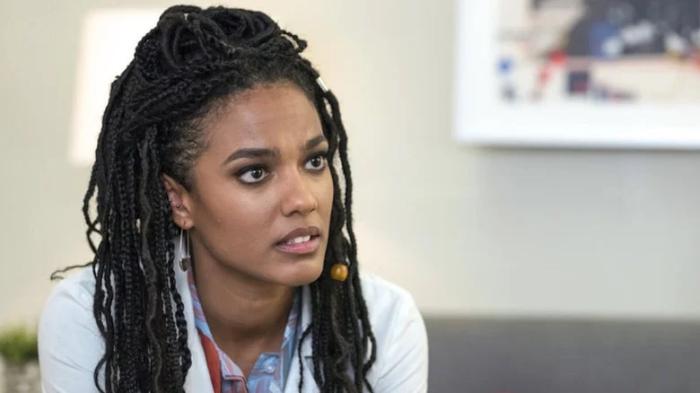 Freema Agyeman Exits 'New Amsterdam' Ahead Of Its Final Season

For those who do not watch NBC’s New Amsterdam — basically, This Is Us but a hospital drama — you are missing one of the more stacked casts on television. Not only has it starred Freema Agyeman (Doctor Who) for the last four seasons but also has a killer roster of television talent: Ryan Eggold (The Black List, the 90210 reboot), Janet Montgomery (Salem, a few British mini-series), Jocko Sims (The Last Ship), Tyler Labine (Reaper), and the incredibly prolific Indian actor Anupam Kher.

Unfortunately, as she announced on Instagram yesterday, Freema Agyeman will not be around for the fifth and final season.

Although Agyeman gave no reason, for those who watch the series, it probably doesn’t come as a huge surprise. The London actress’s character spent much of the fourth season back in the UK, and (spoilers) she left her fiance at the hospital rooftop altar in the fourth season finale, calling him from London.

It’s likely that Agyeman wanted to stay back in the UK, where she began filming a new TV series called Dreamland, in which she stars as a sister to Lily Allen, who will be making her television debut. The series comes from Sharon Horgan, so it’s probably a smart career move.

Meanwhile, Poor Max has the worst luck with relationships. His first wife dies, and now this? I suspect, however, that either Agyeman might come back for a finale wedding or, more likely, Janet Montgomery’s Dr. Bloom is the endgame.