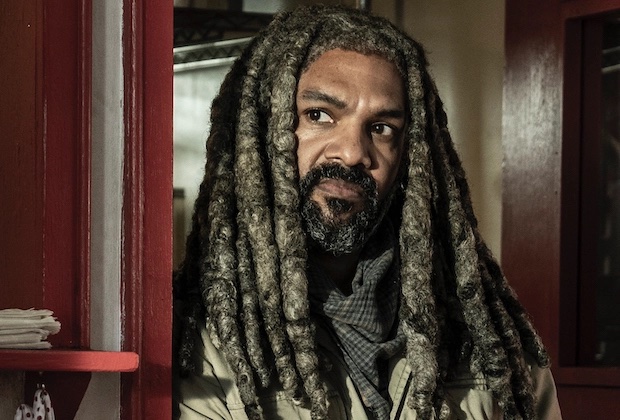 There are four episodes remaining of The Walking Dead (three if you’ve already watched next week’s episode, “Outpost 22,” Episode 21, on AMC+), and it doesn’t feel like a series excitedly hurrying toward its 177th and final episode. It feels more like a series on its 173rd episode, walking dejectedly toward the finish line and grumbling, “God, there’s still four more to go? UGH.”

It doesn’t help, either, that while this is an ensemble series, The Walking Dead continues to run into the same problems it has had since the beginning, namely that we don’t see some of the characters for long stretches at a time. I know that Negan and Maggie are still on this show — they are two of its biggest stars — but it’s been a minute since we’ve seen much of them. The show follows the story, and not the characters, which means — especially with a cast this large — that we no longer have much time to invest in these characters. As soon as we get excited about one character, he or she disappears for 2-6 episodes, and by the time they return, we have forgotten what we were excited about.

Then there are characters like Connie, who at one point was a possible love interest to Daryl but now shows up for the odd scene to provide exposition or move the plot along. That Connie/Daryl ship was one of the most exciting things to happen on The Walking Dead in years, and it just fizzled out because Lauren Ridloff had to go shoot The Eternals and when she returned, the story had moved on without her.

It’s endlessly frustrating. Last week, we got to spend some time with Aaron, Father Gabriel, and Jerry, but what happened to them after they encountered the new variants? They were also going to check in on Oceanside. Did we ever get an actual status update on The Oceanside? WE DID NOT.

I’ll concede that at least the plot moved along in this week’s episode, if “someone died” qualifies as plot movement. The endgame is approaching, and it’s not very exciting. The Governor Pamela Milton has decided to make an example of Eugene by wrongly prosecuting him for the crime of killing her asshole son. She thinks that she can reassert authority over The Commonwealth if only she can get Eugene’s friend, Yumiko — who is a lawyer — to handle the prosecution. She tells Yumiko that if she doesn’t agree, she’ll kill all of her friends, whom she has arrested and hidden away.

Yumiko initially and reluctantly goes along to save her friends, but during the big speech in front of the community, Yumiko talks about the importance of justice and then announces that she’ll be defending Eugene. It should have been a more dramatic moment than it was, and I don’t blame director Aisha Tyler. It’s just uninspired writing.

Meanwhile, Daryl and Carol are trying to locate their arrested friends. For some reason, they recruit Hornsby in that effort. (The Walking Dead is not trying to tell a story; it’s trying to connect threads.) Hornsby lies and tells them he knows where to go, and he spends the entire episode kissing Carol’s ass in an effort to save his own ass. In the end, Carol and Daryl leave him for dead. When Hornsby tries to grab a gun and fight back, Carol shoots him in the neck. Hornsby is dead. It was sudden but no less anticlimactic.

Next week, Daryl and Carol try to get their friends off a train headed toward what appears to be a labor camp. If you watch the preview for the episode after that (for AMC+ viewers), you’ll see that with only a couple of episodes left, The Walking Dead turns into a … courtroom drama. No, really. 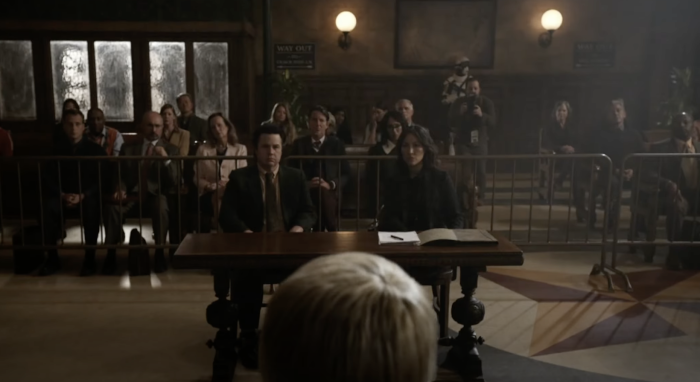 Someone will die in the last couple of episodes and their death will unite The Commonwealth, as when Rick died in the comics. It’s looking like either Yumiko or Eugene at this point. That would be really sad if we’d actually spent a lot of time with either one of them this season.


← 'The Peripheral' on Prime Video Is Short on Story, But Boasts a Solid Cast | Jason Momoa Put His Bare Butt Cheeks on Instagram →