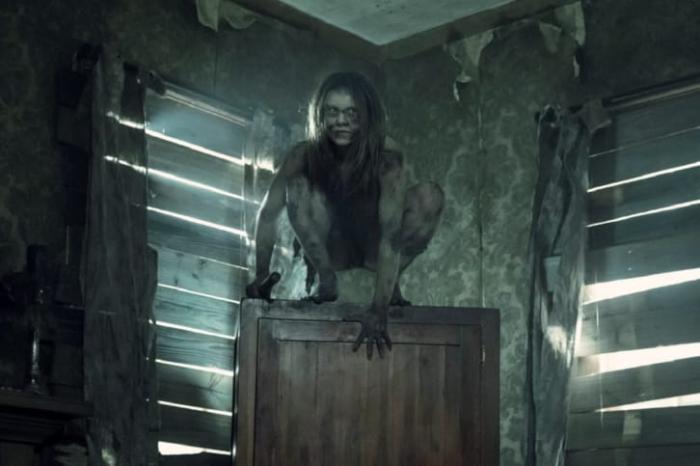 It has been a ho-hum final season of The Walking Dead so far, but for at least half the episode in this week’s “On the Inside,” the series takes a spectacularly creepy turn, introducing a new set of creatures called The Ferals. Lauren Ridloff finally returns as Connie, while Kevin Carroll returns as Virgil, who find each other near The Oceanside and hide out in an abandoned house surrounded by zombies.

What they don’t realize, however, is that inside is a family of feral humans — violent, skeletal people who walk on all fours and attack like rabid dogs (think The Hills Have Eyes crossed with Zelda from Pet Sematary). They live inside the walls, lying in wait for people to seek refuge in their home before cannibalizing them. In a twist on Don’t Breathe — the terrifying Fede Alvarez film where the protagonists are pursued in the dark by a blind man — Connie, who is deaf, is pursued by people within the walls whom she cannot hear. The POV alternates between Virgil — who can hear The Ferals — and Connie, who cannot. As a viewer, it’s terrifying to experience the world the way Connie experiences it because she cannot hear the monsters behind the walls. She’s also mute, so when she’s hiding behind the walls, she cannot warn Virgil of the feral sneaking up behind him or let Virgil know — when he’s stabbing the walls — that she’s not a Feral herself. 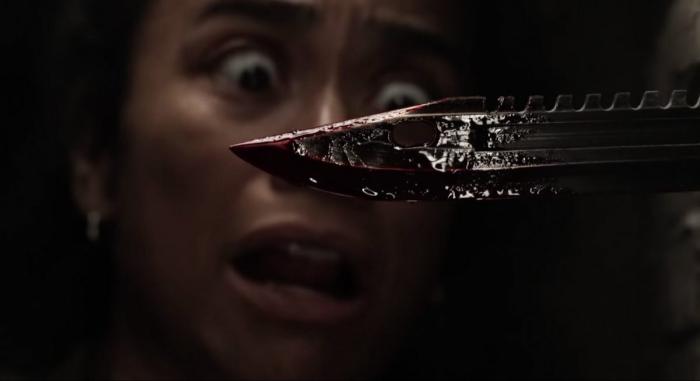 For the first time since Beta was killed, The Walking Dead feels like a horror movie again, and the clever twist in the end is that Connie and Virgil — after smearing themselves in zombie guts — open the doors to allow the walkers in to take care of The Ferals on their behalf. We’ve never been so relieved to see a horde of zombies.

As they escape, Connie is reunited with her sister, Kelly, who brought Carol and others on a mission to find her. It’s a lovely, tearful reunion, although Virgil — who was stabbed in the back by a Feral — is barely hanging on. He’ll probably survive at least long enough to let everyone know what he knows about Michonne leaving in search of Rick. Judith, who has been trying to keep that secret from everyone else, is gonna be bummed.

The other half of the episode, alas, is more of the same. Daryl — embedded in Pope’s camp — has no choice but to continue torturing Frost (a friend of Maggie’s) but Frost understands what’s at stake. Daryl eventually gets Frost to tell him where Maggie’s group is holed up, which allows him to stop torturing Frost and gives him an opportunity to warn Maggie and Co. ahead of his arrival. Maggie, Negan, and Gabriel manage to evade Daryl and Pope’s people, but not before Daryl raises the suspicions of one of Pope’s soldiers, who is convinced that Daryl is working in cahoots with Maggie.

No matter. When they return empty-handed, Daryl sees that Frost has been killed, and Pope tells them that he got everything he needed out of him, implying that Frost might have ratted out Daryl. Or maybe he didn’t, and Pope only wants Daryl to think that he did. Either way, it leaves Daryl — and Leah — in an uncertain position within Pope’s group.

There are only two episodes left of this section of the final season, which has been broken up into eight-episode chunks. Next week, it looks like Negan and Maggie are gonna bond and go full Whisperer to take down Pope, while the action also returns to The Commonwealth.