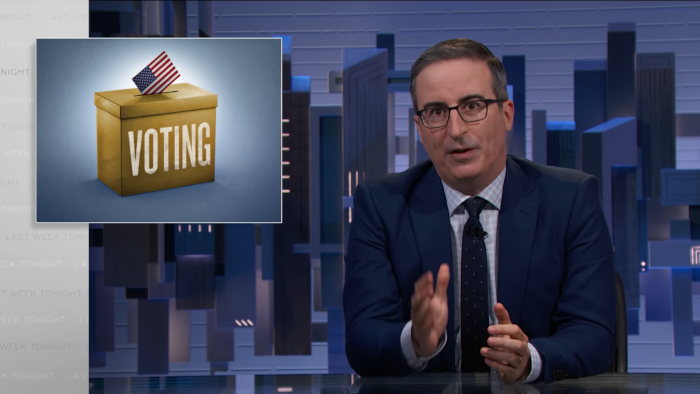 Years ago, in the before times, I was arguing on Facebook with my brother-in-law’s old college roommate, as one is wont to do on Facebook. We were arguing about bills passed in the United States as a means to suppress Black people and their rights. My point was that these bills existed. His point was that they don’t target Black people because they don’t mention Black people specifically. At the time, I couldn’t find the words to articulate how asinine his point was. I simply shared an article about redlining and moved on. If the same argument happened today, I would share this new clip from Last Week Tonight with John Oliver.

In the latest episode, Oliver takes a deep dive into voter rights in America being under attack, specifically, the rights of African Americans. It turns out that Republicans don’t want more Black people to vote. Go figure. However, they aren’t doing this by saying that they don’t want Black people to vote. Theirs is a more calculated fight. It involves creating bills that target ways to vote that are overwhelmingly used by African Americans.

Unfortunately, the easiest way to fight these bills is to, first, eliminate the filibuster. This is unfortunate because Democrats are not united on this idea. Even Joe Biden isn’t on board. If the filibuster was removed, the House and the Senate would have an easier path to passing the John R. Lewis Voting Rights Advancement Act. Until that happens, state after state will just continue publicly, and privately, stripping people’s rights away. All under the guise of “protecting election integrity.”

It’s not all doom and gloom though. Oliver does have a lengthy bit in here about the sex appeal of lobsters. Yes, you read that correctly. Your attitude toward that reveal should be the same as it was to the rest of this information. Are you surprised? No. Are you intrigued? Yes.

Also, if you happen to be my brother-in-law’s college roommate, I f***ing told you so!