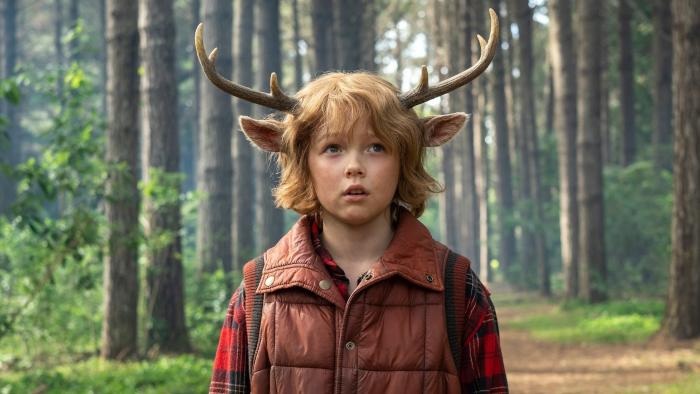 As we move deeper into the streaming era, the streamers are slowly (very slowly) starting to be slightly more transparent about their viewing figures. We learned, for instance, that Black Widow earned $60 million globally in its first weekend of release on Disney+ to go along with the $80 million domestically it earned at the box office. Those who don’t give a lot of weight to the Disney+ earnings are calling that a disappointment, while others — who factor in-home viewership more — are painting a rosier picture (as someone who really likes the Disney+ premium access option, I hope it is successful enough to continue, but then again, the pandemic made me much less of a movie-theater purist. I have a nice TV. I watched Black Widow over two nights because my kids are squirmy, and because I’m not yet ready to pay a fortune for the opportunity to expose my family to the Delta variant. It was perfect.).

Meanwhile, Netflix often releases viewing figures these days, although they’re obviously self-reported and they’re only the number of viewers who watch at least two minutes. On the one hand, that’s a very bad metric. On the other hand, if 75 million people watched at least the first two minutes of Army of the Dead, I don’t imagine there were that many people who turned it off afterward. You don’t turn on Army of the Dead unless you have an idea of what to expect, and at least as it concerns the Zack Snyder film, it delivered to expectations.

I’m not all that interested in actual viewing figures, but I do find how the Netflix originals stack up interesting. All hail the good folks over on What’s on Netflix who have kept track of all of the viewing numbers that Netflix has doled out one at a time for years and compiled top ten lists, which include new entries from the last couple of months, including Sweet Tooth (which is great) and Army of the Dead.

Here are the ten most “viewed” Netflix original movies of all time:

That’s like a murderer’s row of all the Netflix originals that Roxana loathes, plus Murder Mystery. I’m just glad that Bright is not on it.

As for the most-watched original series, so far?

Emily in Paris is the Murder Mystery of that list, although I’d like to see how Manifest (not a Netflix original) stacks up, seeing as how it’s been in the top ten for over a month now. Otherwise, I’m not terribly surprised by the list, although I blame all of you for Santa Clarita Diet not being among those titles.

For the record, the second season of Too Hot to Handle was seen by 29 million viewers, which is criminal. Meanwhile, Lupin is the most-watched non-English speaking series (70 million viewers for the first season, and 54 million for the second) followed by Money Heist, which I keep meaning to watch.