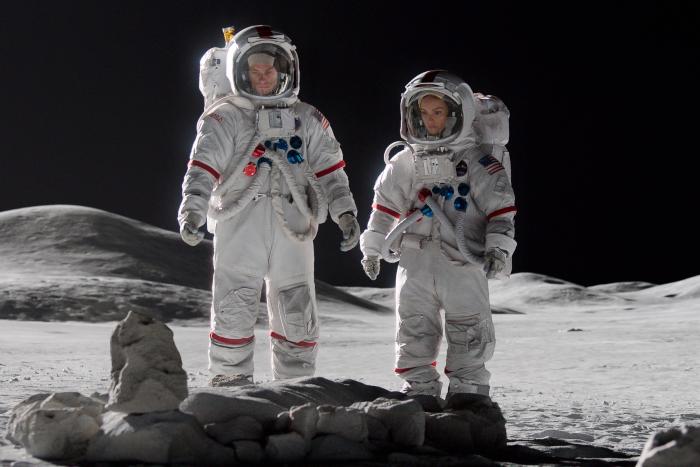 Disney+ Canceled 'The Right Stuff,' So Watch 'For All Mankind' on Apple TV+ Instead

Vox wrote a piece today entitled, “Apple TV+ is good, actually,” which is nice and all, but I’ve been beating that drum even before Ted Lasso came along and gave the streamer a signature show. I’ve been screaming that, in fact, since The Morning Show was still the network’s signature show, because The Morning Show turned out to be a solid drama once it was divorced from the expectations attached to launching a new streaming network. Likewise, M. Night Shyamalan’s Servant wasn’t a rousing success (though I thought it was at least interesting).

In fact, the Apple TV+ reminds me a lot of the early days of Netflix, when it was more selective in its programming because the streamer was trying to cultivate a specific kind of audience. That’s where Apple TV+ is now. They’re not trying to acquire 100 million subscribers right off the bat. At the moment, they’re more interested in creating a brand. I’m not sure how to characterize the brand, but Ted Lasso and Mythic Quest fit perfectly into it, along with Chris Evans’ Defending Jacob, Little America, Dickinson, and Home Before Dark.

One of the more unsung dramas on Apple TV+ is For All Mankind, a space show I absolutely adore even if I can’t remember the title of the show to save my life. All the streamers have put out their astronaut show efforts — Space Force, Another Life and Away on Netflix, The First on Hulu, and Moonbase 8 on Showtime — and it says something about how deeply unsatisfying they have been that Disney+’s The Right Stuff is the second-best among this crop of astronaut series. It’s not bad — it’s just a generic, Disneyfied version of Tom Wolfe’s novel and the superior 1983 film. It stars Patrick Adams as John Glenn, and I love Adams but The Right Stuff is definitely The Suits of space shows: Slick, full of attractive people, and ultimately empty.

It never quite caught on for Disney+, which probably could have pulled off three or four seasons had it given the series even a soft edge. Alas, it became the first casualty of Disney+, which apparently has decided to stick with shows based on its more popular IP, like The Mighty Ducks (which is also cute, though insubstantial).

That’s OK, though, because Apple TV+ has that astronaut-themed fix you need in For All Mankind, which is legit one of my favorite currently running series. It’s set in an alternate universe where the Russians stepped foot on the moon first, which not only extended the space race but heightened Cold War tensions. The series is now in its second season and just reached 1983. In this universe, Nixon wasn’t impeached, there was no Chappaquidick, and Reagan became President in 1976. However, in 1983, Korean Air Lines Flight 007 was still shot down by a Soviet plane, which had deep ramifications … on the moon.

I don’t want to say much more than that, except that the alt-history is not even the most compelling part of the series. It’s character-driven and features a phenomenal cast: Joel Kinnaman, Michael Dorman, Sarah Jones, Shantel VanSanten, Jodi Balfour, Krys Marshall, and Wrenn Schmidt, among others. Meanwhile, because Americans weren’t the first to step on the moon, they tried to win in other ways, like putting the first woman on the moon or the first person of color on the moon, which means the American space program has an entirely different composition than the interchangeable white guys we associate with the Apollo missions.

Mostly, though, I love it for the way that it combines penetrating (sometimes painful) family drama with high-intensity space travel. The Ronald D. Moore (Battlestar Galactica, Outlander) series leans heavily on the character-driven stories to make those space missions matter, and because the series isn’t shy about killing off characters, every space mission elevates our heart rates because the characters don’t appear to have a lot of plot armor. I spend a lot of time watching the show between my fingers, both literally and figuratively, because of how invested I am in nearly every character, and I may have let out more than one involuntary yelp, so far.

It’s a great drama and fits within that Apple TV+ brand, which is to say: With Mythic Quest coming back next month, and two more seasons of Ted Lasso on the way, that $4.99 a month is looking like a solid bargain on a streaming network that doesn’t yet have a ton of offerings, but definitely provides a lot of bang for the buck.


← The Case for Melissa McCarthy as One of Our Generation's Best Actresses | 5 Shows After Dark: 'Chad' Premiere TBS, 'Soul of a Nation' First Season Finale →