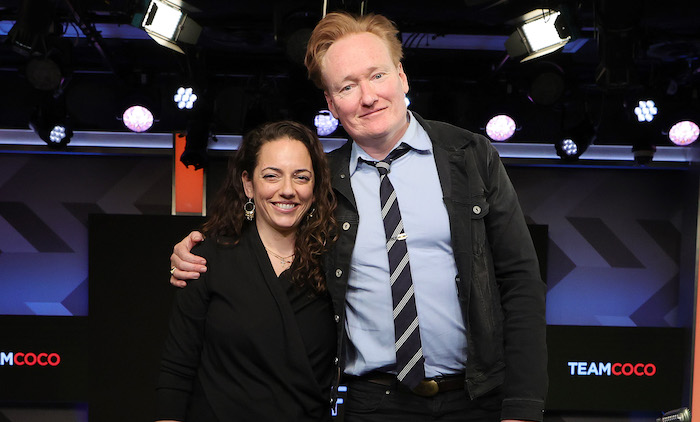 There are some folks who relish being the butt of the joke. In recent years, I think that Colin Jost, for instance, has gotten very good at inviting jokes made at his expense. I often enjoy being the butt of the joke, too. I didn’t appear on this week’s Podjiba podcast, for instance, and Tori and Dan spent much of it talking shit about me, and I loved it (not that my absence is necessary for Tori and Dan to drag my ass).

Conan O’Brien is one of those guys, too, particularly on his podcast, Conan Needs a Friend, where his assistant Sona Movsesian and his producer Matt Gourley spend much of the time before and after the guest appears mocking Conan. It’s part of the schtick. It’s part of the appeal of the podcast: The assistant and the producer trash the host. For Movsesian, this goes back years on his late-night show, too.

If you have that sort of relationship with your employer, however, it might be hard to remember where the line exists. Razzing the hell out of each other is fine in certain contexts, but not necessarily in others. That’s a lesson Sona Movsesian once learned the hard way when she mocked Conan O’Brien in the wrong context, as she recently explained on Andy Richter’s podcast.

“We didn’t have that many fights,” Movsesian told Richter, “but when we did, they were big. We got to the point where we were very familial with each other. When you work with someone and you look to them like a friend or a family member, it’s hard to make that distinction. It became difficult to compartmentalize — like, he’s my brother. But also, he’s my boss and I have to do things for him.

I remember … I said something to him that was very out of line, and it was the closest I’ve gotten to leaving the show. I overstepped a boundary that I forgot was there. But we went back, like family, and we reconciled and it was fine …

… I remember something happened, and I went into a meeting that he was having, and I said something to him … or yelled at him or said something to him in front of other people that was really inappropriate. I think that I needed to take a step back and fix this. I started to realize that yes, he’s my friend, but he’s also my boss, so I need to treat him with respect in front of other people.

You see, Tori and Dan?! There’s a time and a place, so please stop showing up at school board meetings to make fun of me! What are you even doing there?! You don’t even live in the same state as me!